Bangladeshi Twist to the Fried Chicken Craze in Detroit 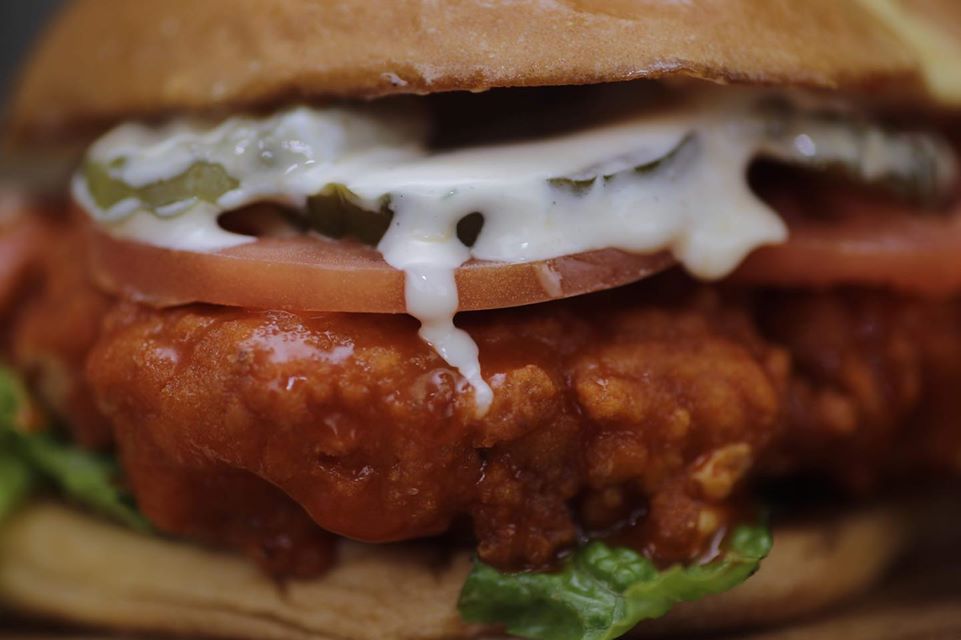 Now Tom Perkins writes in Metro Times about the chicken 65 "burger," a fried chicken sandwich at Ali’s Pizza and Burgers at 1608 Conant Ave. in Detroit.

For the uninitiated, chicken 65 is typically a deep red stir-fry of spicy chicken, onions, and a red chili-based sauce that's served over rice. Its origins are disputed, but some claim it was invented in 1965 by a chef who ran a famous kitchen in an Indian hotel. Regardless, it's considered something of a street food that's popular in Bangladesh, the Indian subcontinent, and ... Hamtramck. Not all of the city's Bangladeshi restaurants serve it, and none, except Ali's, put it in sandwich form.

To create that iteration, chef Ihtriam Ali takes a thick piece of chicken breast and marinates it overnight in a blend of chilis and spices. It's then double-coated in starch and fried, leaving it with a thick, crunchy crag. That's coated in a semi-spicy 65 sauce, though Ali notes that the sauce is there to amplify the bird's flavors. It's finished with a mix of sauteed tomatoes, jalapeño, and onions, and held in a soft, basic bun. (Note: Ali's calls it a "burger" — as in, on the menu it's a Chicken 65 burger, though it's really a fried-chicken sandwich.)