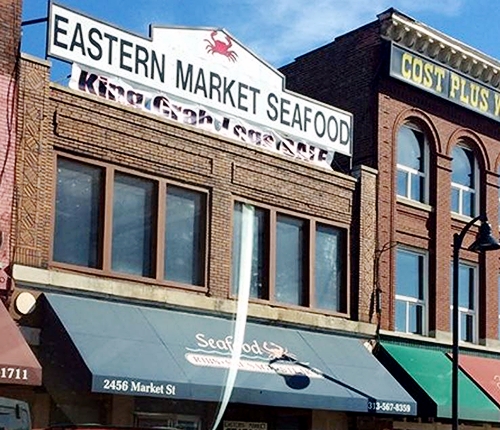 Here's more evidence that times are changing rapidly in a popular part of Detroit, via Crain's:

Eastern Market Seafood Co., an anchor at the Detroit market for 45 years, is closing.

Longtime owner John Janevski is retiring after seeking to sell his building at 2456 Market St. for more than a year, according to a news release. ...

The Feb. 29 closure of the seafood stalwart is the latest in a flurry of changes at the market that have added to the uncertainty of its future. 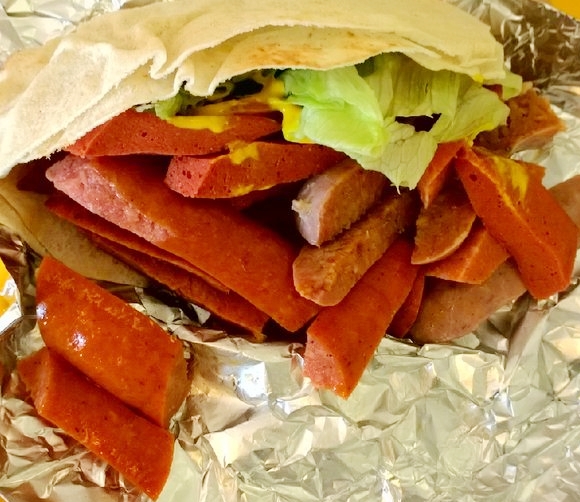 Three types of sausages are in this "Old World" sandwich. (Photo: Yelp/Al P.)

If you've been paying attention, you already may guess who's behind the end of a Market Street shop serving Detroiters and visitors for nearly half a century:

The property was purchased by FIRM Real Estate LLC, a company controlled by Sanford Nelson and his father, Linden Nelson, who began amassing real estate in the market a couple years ago.

They hope to find a new tenant or owner interested in peddling seafood there after upgrades, the elder Nelson says in a media handout. At higher rent or purchase price, naturally.