Mike Bloomberg's presidential campaign is making "an aggressive push in Michigan ahead of the March 10 Democratic primary," as the Detroit Free Press puts it. 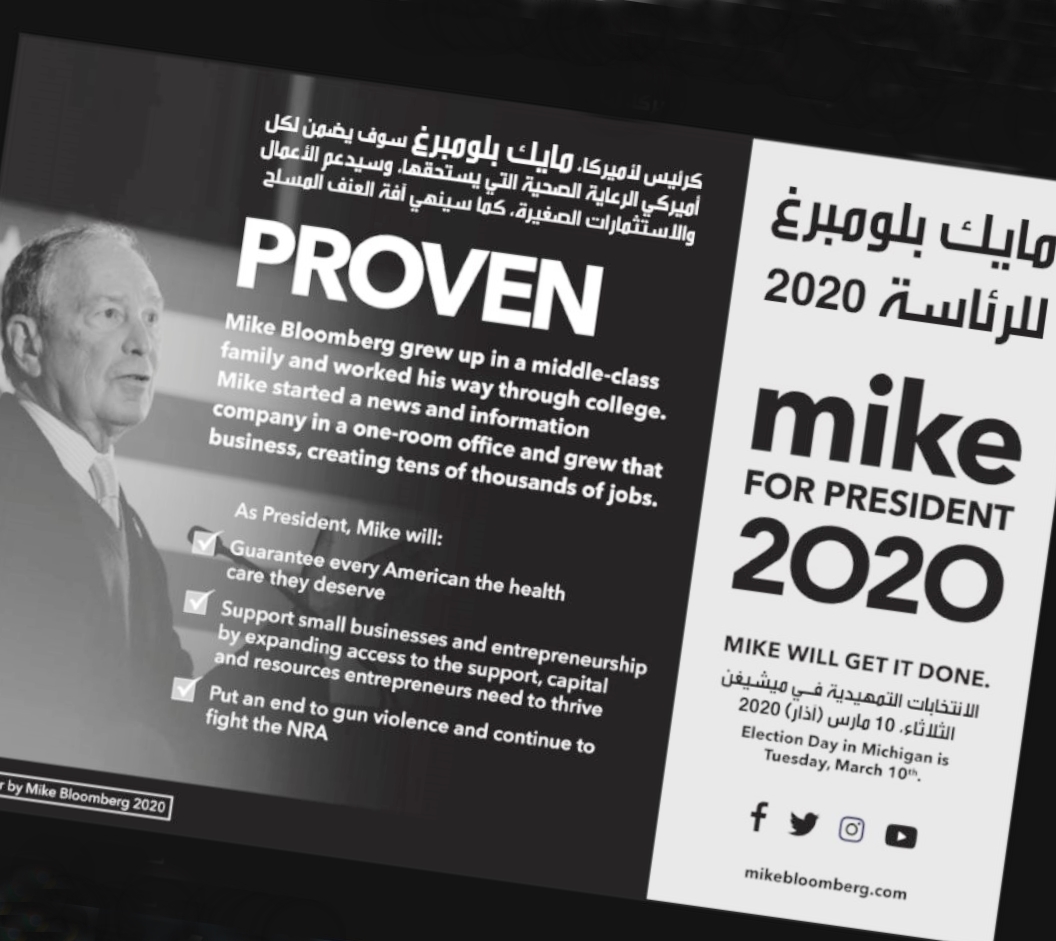 But some in Arab American and Muslim communities say they are concerned about Bloomberg's history of support for spying on their communities and what they see as his hawkish views on Middle Eastern issues. ...

[Bloomberg's] outreach to Arab American and Muslim communities in metro Detroit has sparked an intense debate, with some criticizing him over his past support of surveillance of their population in New York City when he was mayor.

The paper quotes Abed Ayoub, a Dearborn native who's the legal and policy director of the American-Arab Anti-Discrimination Committee:

"There should have at least been an apology before working to get our support. He hasn't taken steps to admit what he did was wrong. ... He laid the blueprint for surveillance post-9/11."

Warikoo also gives the candidate's side from a spokesman's statement:

"Our team is committed to an ongoing dialogue about issues important to the community and how we can all work together to defeat Donald Trump, who has relentlessly attacked Arab Americans and Muslim Americans through his rhetoric and policies." 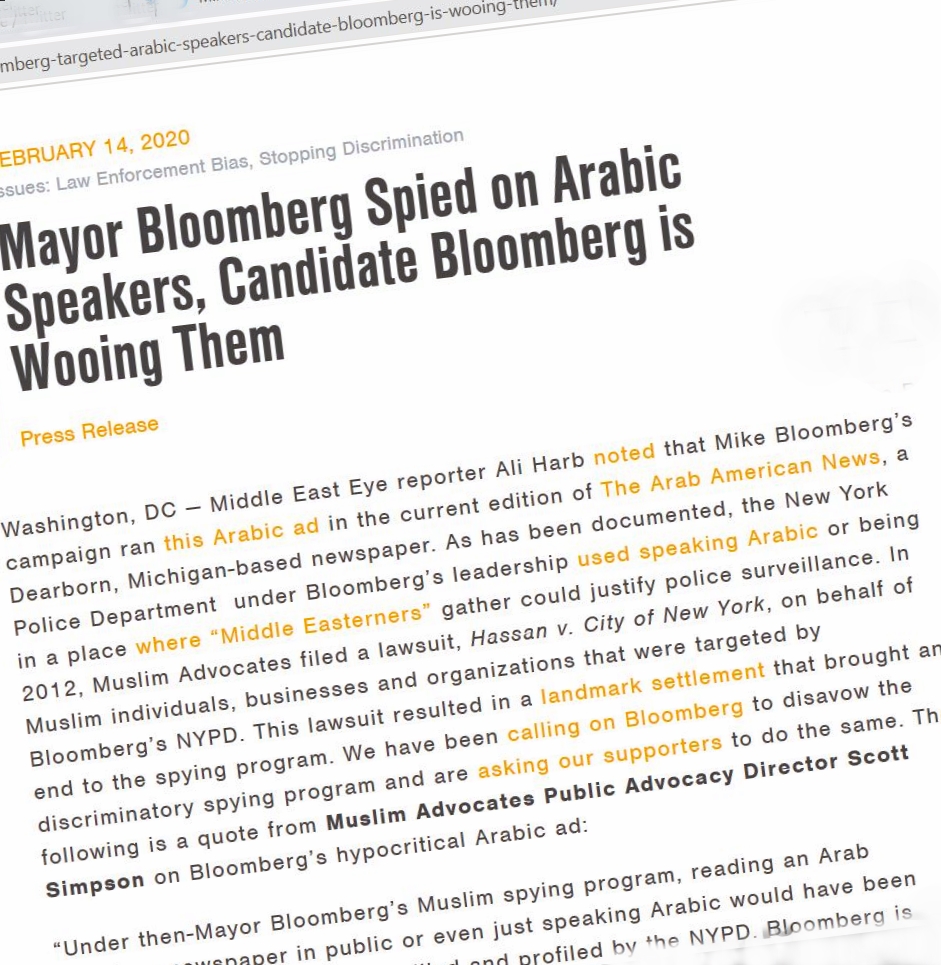 Under then-Mayor Bloomberg’s Muslim spying program, reading an Arab American newspaper in public or even just speaking Arabic would have been justification enough to be surveilled and profiled by the NYPD. Bloomberg is campaigning in the same language he once flagged as a warning sign.

The NYPD’s Muslim spying program profiled people based on their ethnic origin, the types of restaurants they went to, the language they spoke or simply whether they attended a mosque. The NYPD mapped out every mosque within 100 miles of New York and even posted cameras to record who was coming and going. ...

Despite court interventions and repeated public shaming, Bloomberg has failed to disavow or even apologize for treating countless innocent Muslims like criminals.