Video: Netflix Documentary on the Unabomber -- A University of Michigan Grad -- Debuts Saturday

The writrer was an FBI agent for 31 years and retired as resident agent in charge of the Ann Arbor office. He also worked on the Unabomber investigation and is in the documentary. 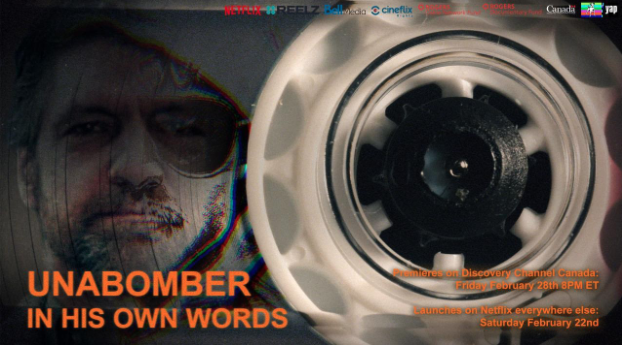 A new documentary about the Unabomber (Ted Kaczynski) begins Saturday on Netflix.

It's titled “The Unabomber – In His Own Words” because the presentation liberally uses parts of the only interview Kaczynski has ever given since his 1996 arrest and conviction.

The documentary not only looks at Kaczynski’s 17 years of terror attacks that killed three people and injured 23 from 1978-95, it also explores his youth and time at Harvard -- where he was admitted at 16.

Kaczynski was a grad student at Michigan from 1962-67 when he received two math degrees -- a master's and PhD with honors. Based on his autobiography, he first thought about killing people was while he was in Ann Arbor.

I'm in the documentary as well, having worked on the investigation. In November 1985, a mailed package weighing about five pounds and measuring three inches by nearly nine inches was received at the residence of Professor James McConnell, who was teaching and doing research in the psychology department at the University of Michigan.

When an assistant, Nicklaus Suino, opened the box, it exploded and caused considerable damage to McConnell’s kitchen. Suino suffered only minor injury to his arms and abdomen.

David Kaczynski, who ultimately turned in his big brother, is interviewed extensively in the film. The younger sibling, now 70, provides insights into Ted’s youth and the trauma he experienced when he realized Ted was the Unabomber.

The documentary delves into some of the theories as to why Kaczynski, now 77 and in a federal maximum security facility near Florence, Colo., turned from a promising career in theoretical mathematics to a hermit in the woods and a serial bomber.