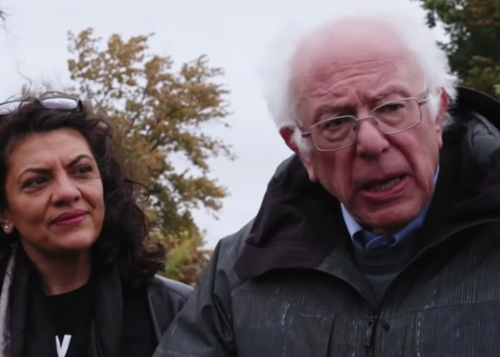 New revelations about the policy drew criticism from Sen. Sanders.

Startling figures from a Bridge Magazine report reveal the impact of water shutoffs on Detroiters since the policy was implemented in 2014. The findings drew attention from 2020 presidential candidate and Sen. Bernie Sanders in a recent tweet.

Detroiters are having their water shut off because they can’t afford outrageous water bills. Meanwhile, Nestle gets to bottle unlimited amounts of water for a few hundred bucks a year. That is a moral outrage. Clean water must be a human right. https://t.co/QhVXiNwaSa

Joel Kurth and Mike Wilkinson of Bridge found a sharp increase in 2019 shutoffs, which nearly doubled from 2018 in the city. Residents without water had to wait nearly a month to have it restored, or 29 days on average, the analysis found.

A total of 141,000 Detroit residential accounts have been shut off since the policy was first implemented. About 4,000 resident-occupied homes are without water now, “more than all the homes in Petoskey,” the analysis found.

One resident diagnosed with lung disease told the magazine she's been without water since April. Litha Akins, 56, uses jugs of water from her neighbors to cook, clean and bathe.

Detroit City Council is seeking state intervention to end the water shutoff policy, and declare a public health crisis, though they’ve received some pushback from the Detroit Water and Sewerage Department.

Gary Brown, director of the Water and Sewerage Department, said the city has expanded programs to help residents and last year reached out to 47,000 customers to avoid disconnections, while enrolling 17,000 over the past few years in repayment or assistance programs, Bridge writes.

“DWSD is continuing to work with community leaders to address the gaps,” Brown said. “We agree that more work needs to be done.”