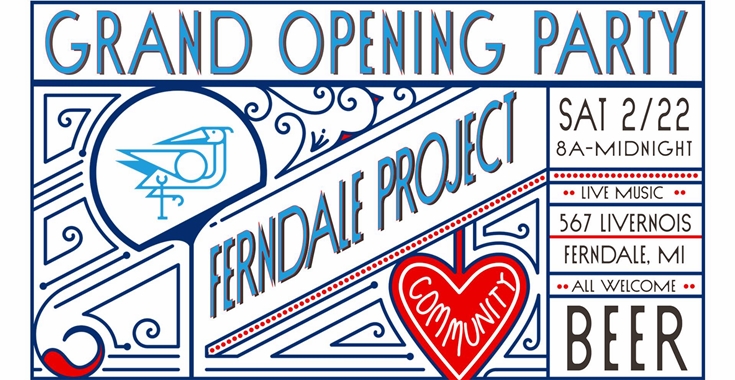 It's an outpost of Eastern Market Brewing Co. (EMBC) in a tile-walled space at 567 Livernois Ave. that was Livernois Tap until last June, when it pulled the plug on a sputtering two-year run. EMBC bought its owner, Axle Brewing Co., last September.

Now it's reborn with pastries baked on site, specialty coffees and counter-service food from 11 a.m. to 2 p.m. and in early evening (eight-item menu is below). Mead will join the beverage lineup later. 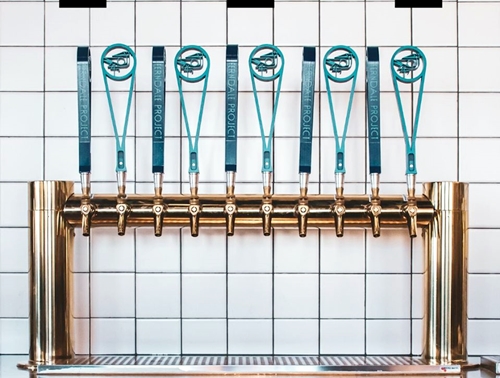 Project Ferndale, shown in five photos below, can seat 175 people at shared picnic-style tables and will open a 160-seat patio when days get balmy.

"We opened Ferndale Project to expand our brewing capacity, but it's become so much more," the parent company posts on Facebook this week. "We stumbled into an incredible Ferndale community that has welcomed us with open arms. We’re excited to experiment on Livernois and introduce our newest sours, IPAs, ciders and more."

Ferndale Project inherited Axle’s Brewing equipment — a much more expansive setup than what's currently operating at EMBC — and plans to put it to good use. Owner Dayne Bartscht tells Eater customers can expect some EMBC classics on tap such as the White Coffee Stout, Detroit Diesel, Market Day IPA, and Elephant Juice alongside 10 Ferndale Project originals. ...

Near the end of a Detroit Free Press preview a few days ago, Brian Manzullo includes this reality check:

Ferndale Project opens at a challenging location: Nearly a mile from downtown Ferndale, as the only bar or restaurant on Livernois between 8 Mile and 9 Mile roads. ... The lack of other development along that stretch of Livernois, just north of Detroit's historic Avenue of Fashion, was a factor in Livernois Tap's closure.

Photos from the business 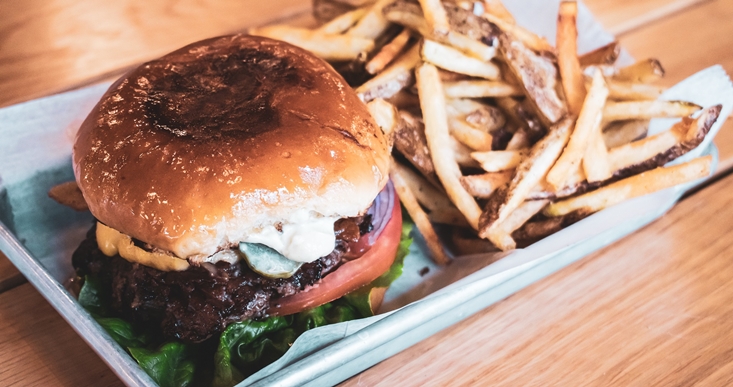 The menu includes this $9 burger with aioli sauce and fries ($2 option). Add a second patty for $3 and bacon for a buck more. 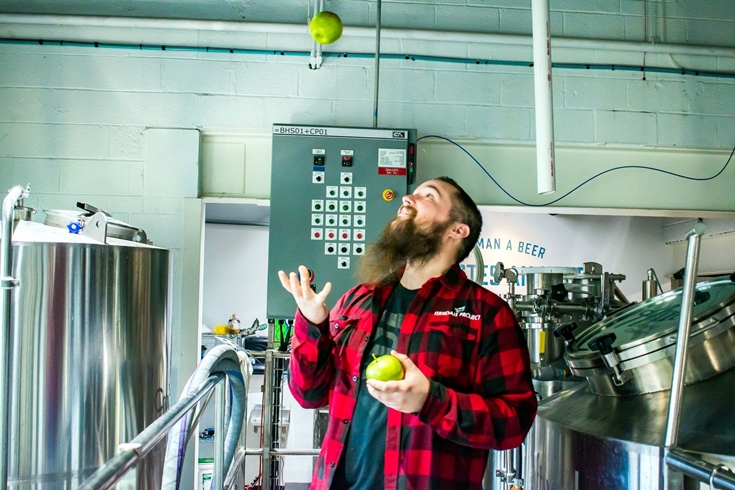 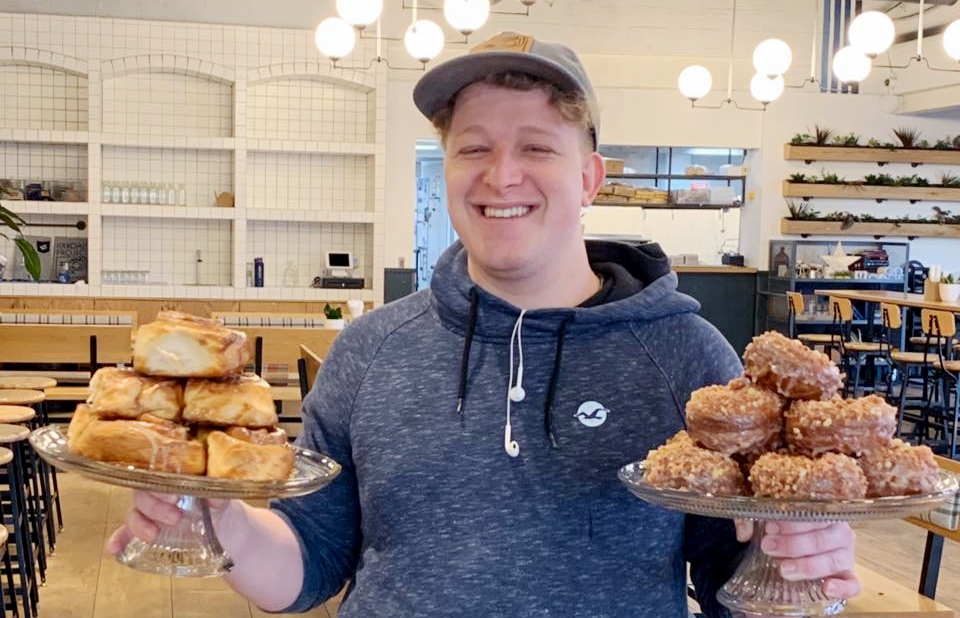 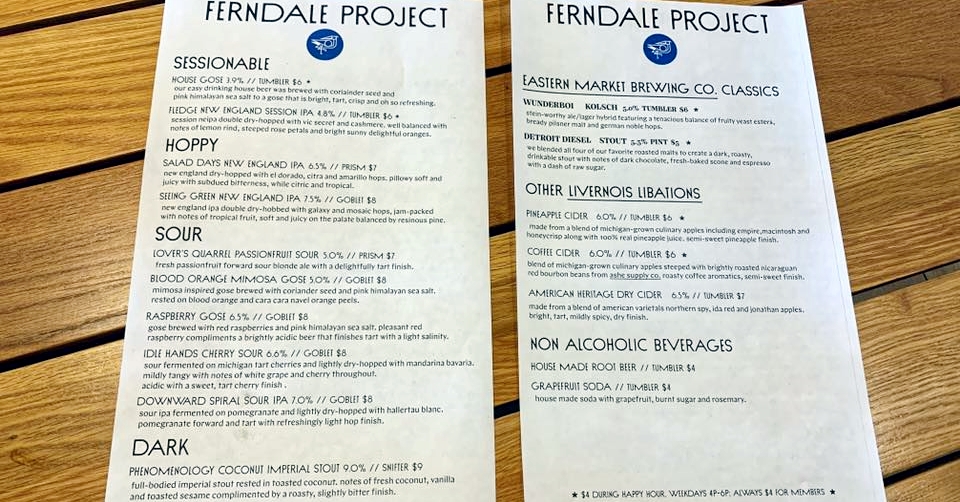 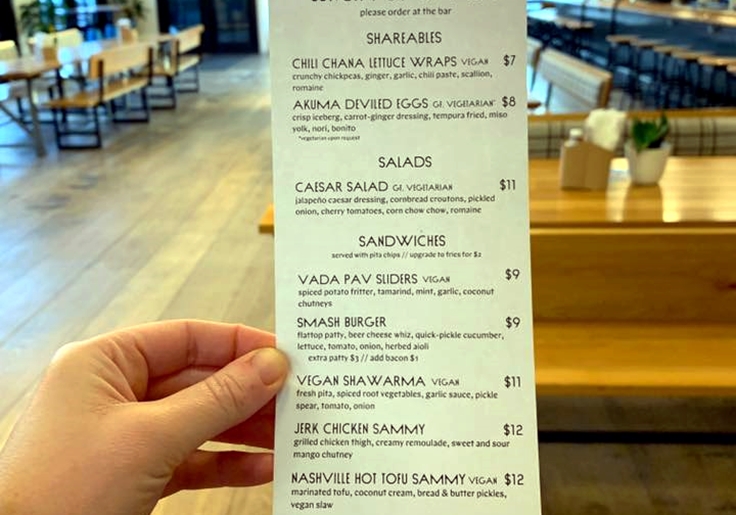