He's Back: Dan Gilbert Vows to 'Double Down' on Detroit in Next Decade 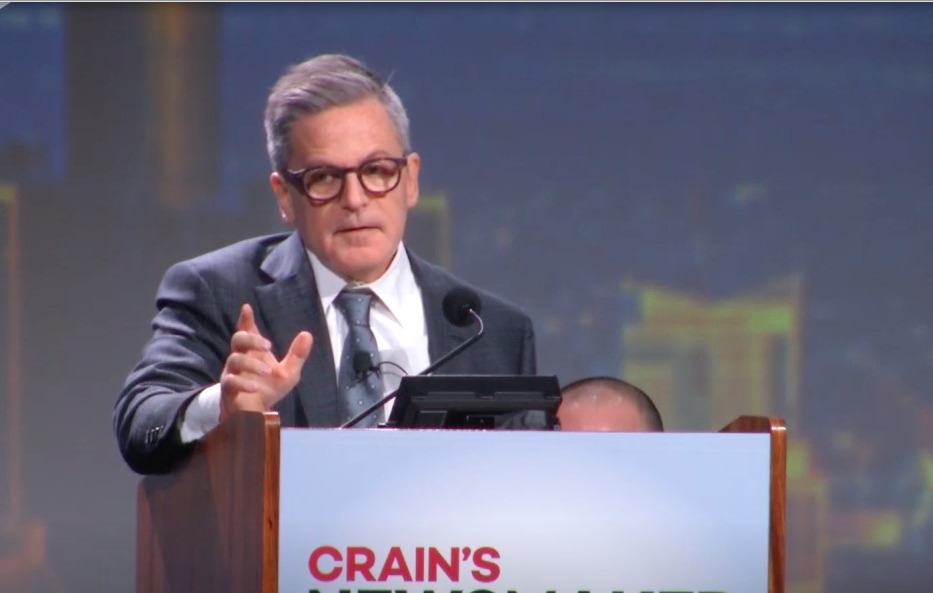 Looking a bit tentative and thinner, billionaire Dan Gilbert got a standing ovation and a  virtual hug from a crowd of 500 Friday at the MGM Grand Detroit. It was his first public speech since  a debilitating stroke last Memorial Day weekend.

Gilbert, who took the stage in a wheelchair, stood with some help and delivered his speech at the rostrum. But while many in the crowd were plainly interested in his physical appearance and movement post-stroke, his 25-minute speech was mostly all business: He vowed to "double down" on Detroit in the next decade.

Credited with spearheading downtown Detroit's comeback, Gilbert was there to accept Crain's Detroit Business Newsmaker Hall of Fame Award. He appeared along with fellow billionaire Stephen Ross, chairman of the New York-based Related Companies LP, who was named Crain's 2019 Newsmaker of the Year. Gilbert's wife, Jennifer, and children also attended.

His voice seemed quieter than before his stroke. His left shoulder sagged and he never used his left arm. But his speech was clear and he sprinkled the delivery with some humor.

Joking about his recovery, he said, "It’s been long enough where I’ve already had a baby — it’s been nine months."

He went on to talk about the importance of relationships in business.

"Detroit is just a much tighter city, relationship-wise, than it's ever been. That's the kind of market you create where things happen." 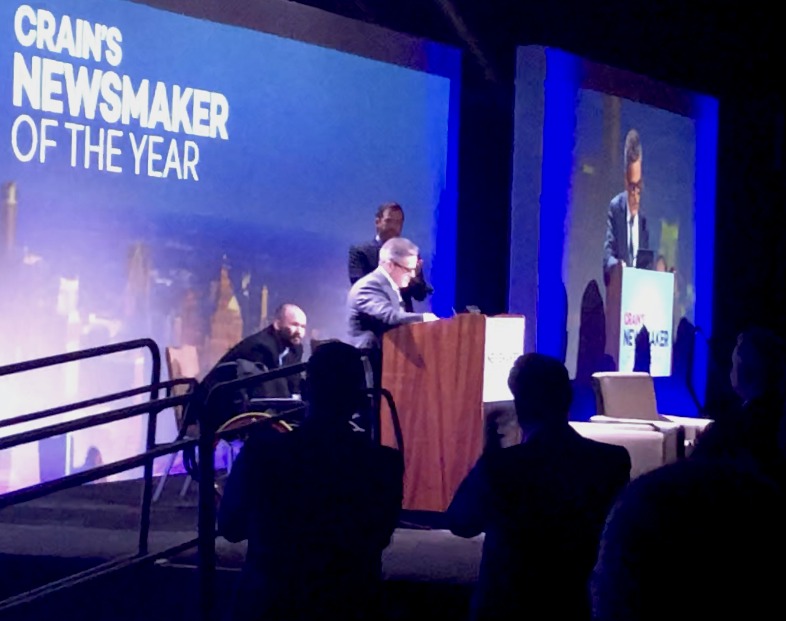 "Every single day I realize how important relationships are. These things that can look like just a 'hello' to somebody can turn into a big deal. I just think we need to continue (with) that mindframe and culture and reaching out and helping each other."

He also delivered a 2020 report card for the city, saying it has improved greatly in different ways, including innovation and political leadership.

Later, Ross told the crowd he planned to contribute an "initial gift" of $100 million to the University of Michigan's Detroit Center for Innovation, being built at the site of the "fail jail" on the edge of Greektown. Gilbert, who donated the land, also plans to contribute financially.

Gilbert said his companies continued to thrive during his absence because of the strong culture created there, and gave shout outs to some of his executives.

Watch the Gilbert speech by clicking here. (Begins at 23:15 mark)