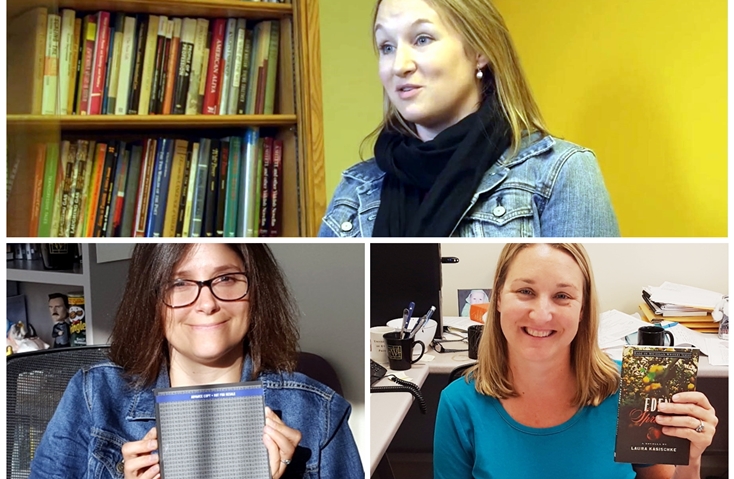 Calling this a bumpy month at WSU Press would be like saying roller coasters have a few ups and downs.

As we posted just four days ago: "We need a penciled-in lineup card and will keep an eraser handy." Sure enough, three managers fired Feb. 7 will be back next week.

Jennifer McManus said after talks with her and university officials, editor-in-chief Annie Martin; design and production manager Kristin Harpster; and sales/marketing director Emily Nowak were offered their jobs back.

They accepted and "are really happy to return," McManus told The Detroit News. "They really believe in the authors they work with and they didn't want to let those people down." ...

McManus said the university has not apologized or given a reason for the firings, which prompted outcry from the publishing house's editorial board as well as others who demanded the staffers be reinstated.

This comes just a week after WSU President M. Roy Wilson said in a "Dear Colleagues" letter: "We have already begun the search process for these positions and hope to fill them quickly."

Previously in the saga: