An expanding sexual assault scandal involving the University of Michigan and a deceased physician takes a turn toward possible legal action.

David Mittleman, a lawyer for more than 100 victims of imprisoned former Michigan State University sports doctor Larry Nassar, said his Michigan firm has been retained by four men who were allegedly assaulted by Anderson during medical exams, including two former athletes. ...

Attorney Michael Nimmo, part of a Colorado-based firm representing Andy Hrovat, the first former Wolverine athlete to publicly accuse Anderson of wrongdoing, said it is clear his client has a claim. Nimmo said there are federal and state laws that protect Hrovat and all student-athletes who [say they] were abused by Anderson. ...

Stephen Estey, whose California firm has been hired by "several" men, said the parallels between the allegations about Dr. Richard Anderson at Michigan, which became public last week, and the late Dr. Richard Strauss at Ohio State "are frightening because everyone knew the doctors were doing bad things." ...

University of Michigan officials were warned more than four decades ago that Anderson was fondling patients during exams, but he continued working there despite a demotion and went on to allegedly abuse again as a physician with the school’s athletic department, according to documents from a police investigation The Associated Press obtained through a public-records request. 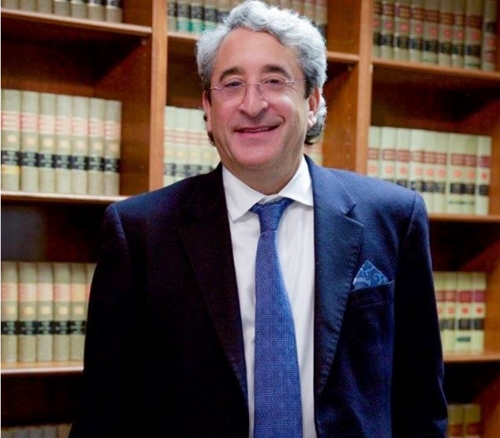 Anderson retired in 2003 and died five years later. At least 31 people have called a new UM hotline to report interactions with the campus doctor that made them uncomfortable, a spokesman says.

The situation came to public attention in reporting by Kim Kozlowski of The Detroit News, who wrote last Wednesday:

The University of Michigan is investigating several "disturbing and very serious" allegations of sexual abuse against a now-deceased member of its physician team, officials confirmed to The Detroit News on Wednesday.

The doctor implicated in the reports, Robert E. Anderson, was a former director of the University Health Service and spent years as a top physician for football teams led by former coaches Bo Schembechler and Lloyd Carr. ...

Responding to inquiries from The News about the allegations, UM officials announced Wednesday they were investigating Anderson and had received reports of "sexual misconduct and unnecessary medical exams" from former patients -- most of them from the 1970s, but at least one from as late as the 1990s.

Gary Miles, editor and publisher of The News, tells AP is a separate dispatch Monday that it sent Kozlowski to Palm Springs, Calif., to interview a former Detroiter who says Anderson molested him at UM in 1971 because "we had the sense ... that this could be much bigger than just him.:

"It's critically important that people realize the important function that the media plays in exposing wrongdoing."