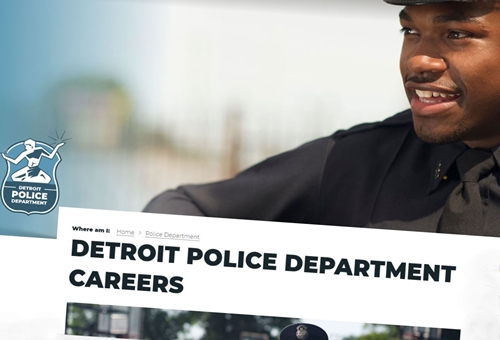 The ultimate goal is to recruit enough candidates to eventually make 400 hires [before 2021], Duggan said. ... "We're hoping to bust the myth that we don't have resources. We are making huge investments in the department. ...

Now that the city is six years out of bankruptcy, the highly visible recruiting push is attempting to show candidates that Detroit has emerged from financial distress and can afford to pay its law enforcement officers better. 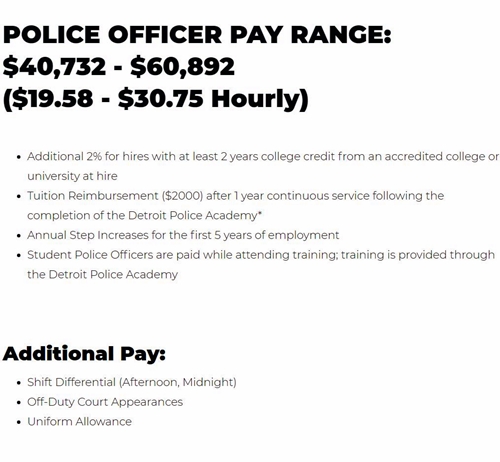 Benefits include paid training, health insurance (medical/prescription after 91 days; dental and vision after six months), seven paid holidays each year, up to 20 vacation days and a retirement plan.

Applicants must be U.S. citizen over 18 with a driver's license and high school diploma or general equivalency diploma (GED). People with felony convictions aren't considered, naturally.