Duggan's State of the City: Pot Ownership for Detroiters, no cash for the overtaxed 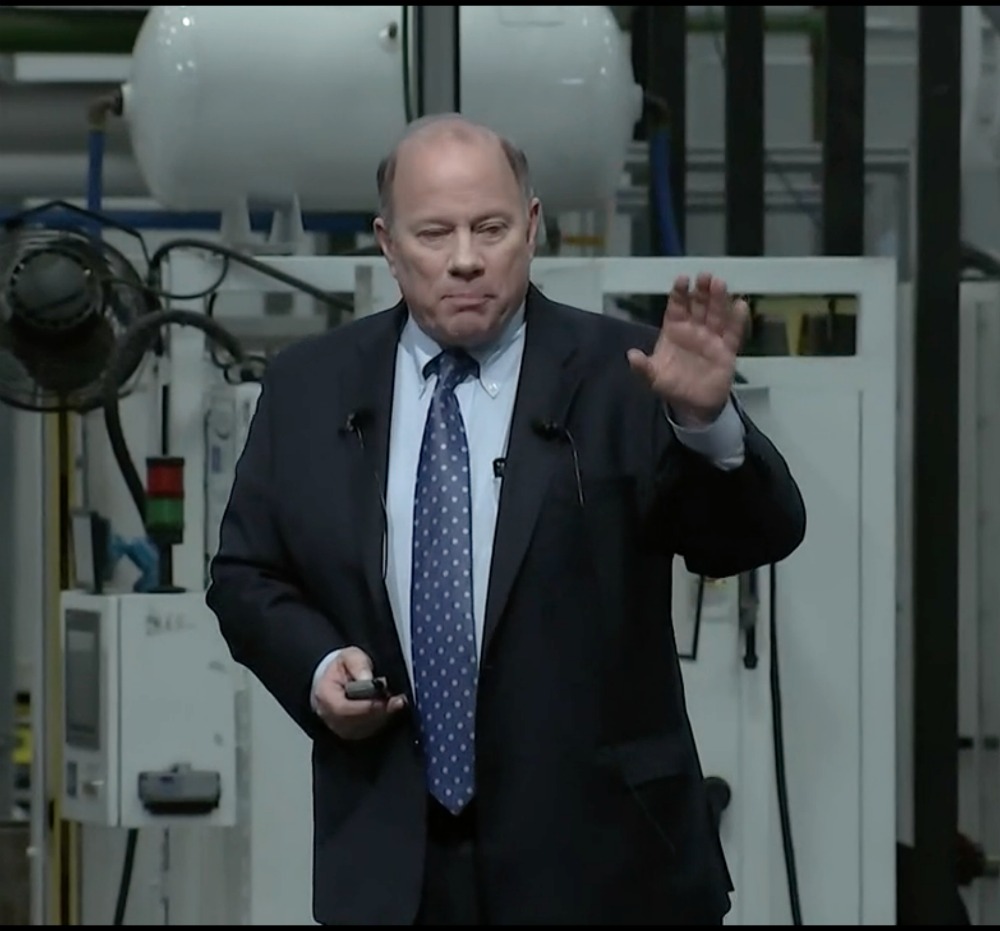 Mayor Mike Duggan at the State of the City on Tuesday.

Detroit Mayor Mike Duggan unveiled details of a proposal to ensure that at least half of Detroit's recreational pot businesses are owned by residents in a State of the City address focused on equity and job growth for residents.

The yearly budget speech — the seventh by the second-term mayor — was delivered Tuesday night at Flex-n-Gate, an auto parts manufacturing plant on Detroit's east side. Half of the jobs at the $160 million plant, which received significant public subsidies, have gone to Detroiters.

Duggan said he supports continued abatements for big companies that bring jobs to the city but also for smaller businesses in Detroit's neighborhoods. He touted the opening of 16 new businesses along the revamped Livernois corridor — one of a number of areas selected for upgrades under the Strategic Neighborhoods Fund — whose future appeared uncertain during prolonged summer construction that caused problems for existing shops and restaurants. Fifteen of the new businesses, he said, are owned by African-Americans.

In addition to requiring a percentage of  Detroit ownership for marijuana businesses under an ordinance proposed by Councilman James Tate, Duggan touted local hiring within the city's demolition program. He spotlighted Gayanga Co., a contractor whose staff is made up almost entirely of Detroiters, but stopped short of signaling support for a draft proposal by Councilmember Mary Sheffield that would require contractors hire local.

Duggan also announced a new "Detroit Equity Council" made up of nine cabinet members. The group, chaired by director of the office of civil rights and inclusion Charity Dean, will analyze "every decision made in the city to make sure Detroiters benefit," Duggan said.

Crain's reports the council, which began meeting this year, is looking specifically at jobs, access to land, housing, contract procurement and entrepreneurship with an "equitable lens." Dean declined to tell the publication about any actions taken thus far.

In broaching the thorny subject of compensation for overtaxed homeowners, Duggan said he was looking at possible benefits for residents affected, but said monetary compensation is out of the question due to budgetary constraints. A Detroit News investigation published this year found Detroit homeowners were collectively taxed $600 million more than they should have been between 2010 and 2016.

The mayor also teased the remounting of an effort to secure more money to demolish an estimated 17,000 remaining abandoned houses. He spoke to ongoing conversations with City Council, which last year rejected his proposal to bond for $250 million for demolitions.