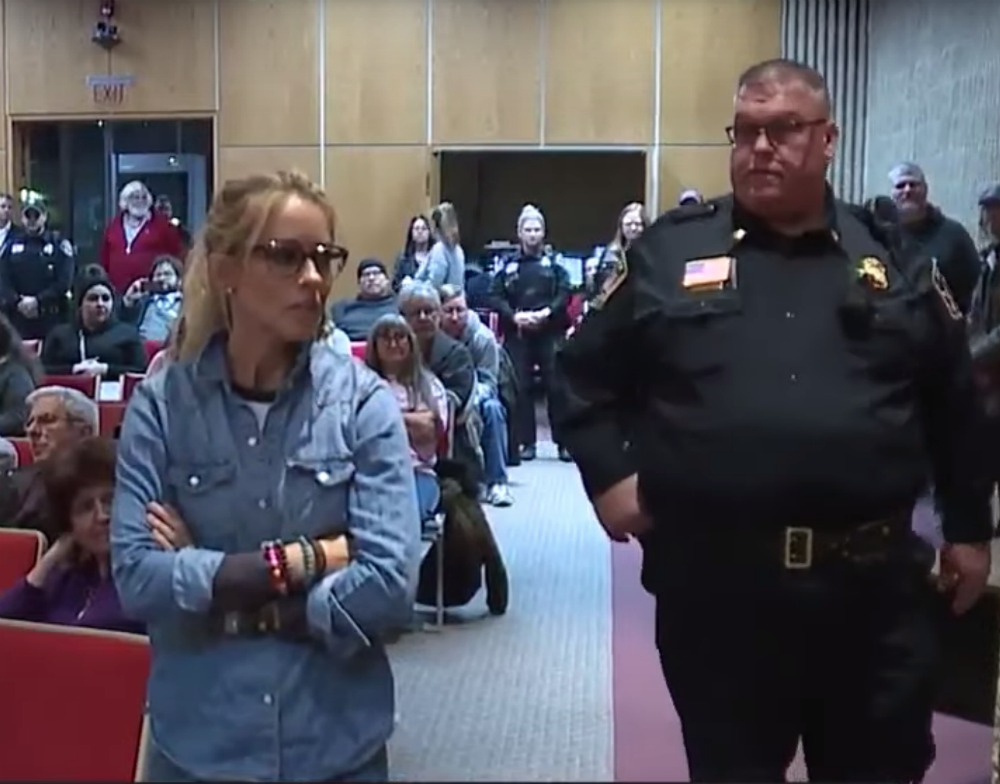 On Tuesday, a police officer escorted her out of a Roseville city council meeting for disrupting and speaking out of turn during public comments on a plan to redevelop the now-closed Sacred Heart Catholic Church, which was one of the oldest parishes in the area, Alie Hoxie of WXYZ reports.

Curtis, who is a staunch supporter of preserving the church, reportedly spoke, but wanted more than the three minutes alloted per person.

"Mayor, if I could just speak," Curtis blurts out during the meeting. One person in the crowd asks the board if there could be a vote for Curtis to speak on behalf of the community. A male voice from the board says to Curtis: "Ma'am, you're out of order."

Another resident at the podium asks that she be able to give her three minutes to Curtis, but a city official says: "You can't defer your time to anybody."

Curtis then approaches the front of the meeting and is escorted out by a police officer.