'Black Voices for Trump' centers to open nationwide, including in Detroit

In a bid for African-American voters, the campaign to re-elect President Trump is opening 15 "Black Voices for Trump Community Centers" across the country, including Detroit, The Detroit News reports. 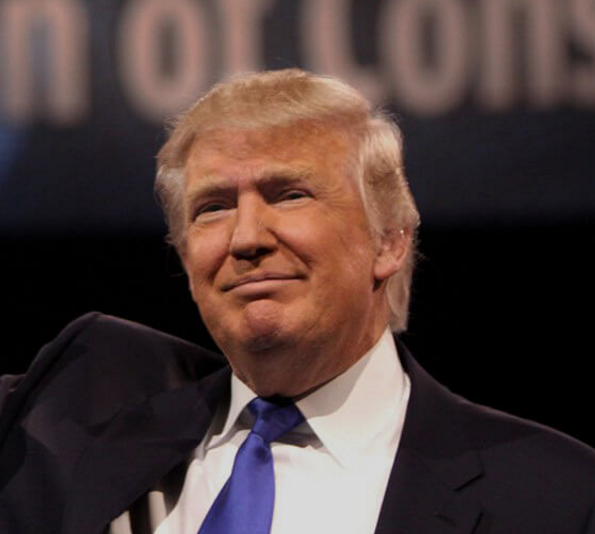 Will black people love him? Time will tell. (File photo)

No word on where the local office might be located.

Katrina Pearson, a senior advisor to the campaign, said in a statement that the centers "will make sure that black Americans hear the facts about President Trump, directly from our campaign."

Republican consultant Wayne Bradley, who once held the post of director of minority engagement for the Michigan GOP, did his job:

"At the end of the day, people are curious in these communities to know more about what President Trump has done," Bradley said. "I think that it's a good effort to go out there and try and earn that black vote."

The odds are steep. Michigan native Mitt Romney lost Detroit to Barack Obama, 98 percent to 2 percent, in the 2012 election. Hillary Clinton did nearly as well, besting Trump 95 percent to 3 percent in 2016. And from "shithole countries" to "very good people on both sides," the president hasn't exactly been a model of racial outreach. But with unemployment low, particularly minority unemployment, some believe that will help in this election.

Rev. Keith Barr, the pastor of Rochester Hills Christian Center, said it's important for black Republicans to "talk and communicate" with others to give another side to Trump.

...Trump's support among blacks, particularly in Michigan is getting stronger because "for most people it's all about the Benjamins. So many people are doing better," he said.