Detroit Lawmaker Heads to D.C. to Ask for Clemency for Kwame Kilpatrick 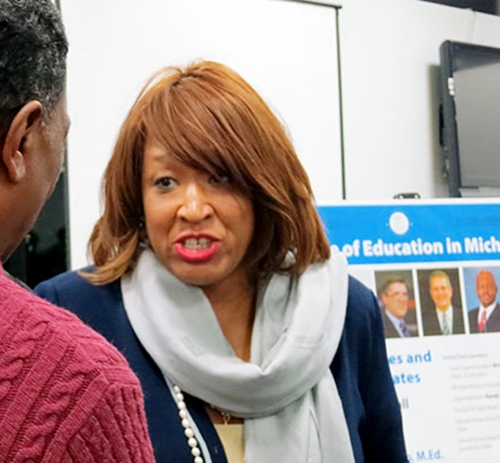 It's been about 12 years since Kwame Kilpatrick was Detroit's mayor, and more than six years since he headed to federal prison to serve a 28-year coirruption sentence. Still, he hasn't been forgotten.

Gay-Dagnogo was invited to attend a Black History Month event.

In an email newsletter, Rep. Gay-Dagnogo says she was invited by President Trump to attend the event and will discuss possible clemency for the former Detroit mayor. She says she will be delivering a letter to President Trump “signed by several Detroit Caucus Members, Elected Officials, and Ecumenical Leaders.”

"If there is one thing I have been consistent about from the inception of getting elected, it is my commitment to the pursuit of racial equity in respect to criminal justice reform. No one is arguing the former mayor's guilt or innocence; what we're seeking not have is a conversation about is the disproportionate sentencing that men of color experience at every level of the system, and I am appreciative of the invitation and looking forward to having an opportunity with the president or members of his administration to discuss favorably reviewing the former Mayor's existing petition already before the president.

"We don’t have to agree on every issue, or even a majority of issues, to see the plain facts of this situation and recognize that those who issued Mr. Kilpatrick’s sentence sought to make an example out of a powerful but flawed black man. This discussion is about changing that example to one of second chances and rehabilitation - the same opportunities he has given to a number of other recently incarcerated individuals. I welcome allies of all backgrounds in the fight for justice."

Trump recently granted clemency and pardons to some big names like ex-Illinois Gov. Rod Blagojevich. But Kilpatrick missed out on that.

In April 2019, Kilpatrick wrote Trump a gushing letter praising him while asking that he grant him a commutation to get out of prison.