It seems unfair to poke fun at a Detroit News editorial headlined "Put an end to the handshake."

When a newspaper devotes 14 paragraphs to building a case for "safer forms of greeting" and quotes Howie Mandel, a sense of put-on arises. Is Friday's piece an Onion-like parody of needlessly panicked reactions to coronaviorus? Are we being punk'd by Nolan Finley and his normally serious opinion team?

That unlikely possibility evaporates when the writer notes that President "Trump gave common sense advice on preventing the disease, which is passed through human contact. Wash your hands frequently and use disinfectant on shared surfaces." 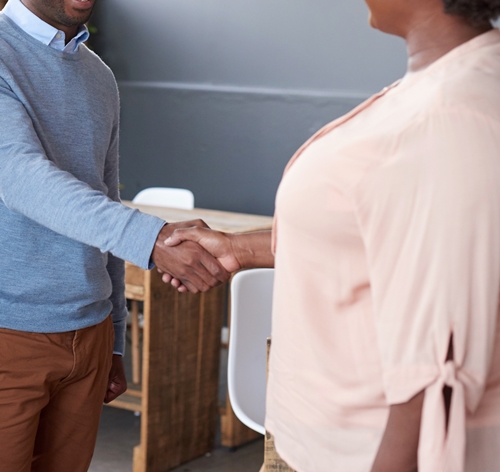 The News sees his point and raises it:

To that we'd add: Stop shaking hands. The handshake is a social custom that should be given the boot while a potential pandemic is knocking on the door.

It is a prime way of spreading the common cold, as well as more serious ailments, including the flu. ...  The University of Colorado found the average person carries 3,200 bacteria from 150 different species on his or her hands. Think about that the next time you walk through a receiving line.

Comedian Howie Mandel has it right: Given its potential for spreading germs, the handshake should be considered dangerous and unnecessary and should be avoided, particularly at large gatherings. A fist-bump, a nod or bow are safer forms of greeting and serve just as well to convey a message of friendship and respect.

Handshakes have been spreading disease for 2,000 years. Let's retire them and turn to a more sanitary greeting.

Got that now? Keep your filthy hands off other people, especially members of The News' editorial board.