'Gibraltar Man' for sale on Facebook as furniture stores liquidate

Here's something for the person who has everything, and a two-story atrium: The interior version of Gibraltar Man, the bowler-hatted gent whose what-me-worry pose drew millions of eyeballs over the years to the Gibraltar Trade Center on I-94 in Clinton Township. 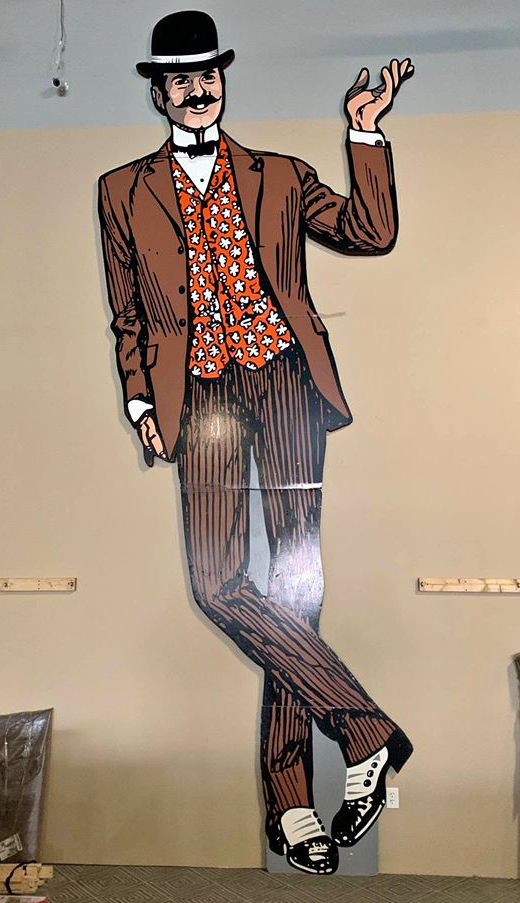 Can I interest you in a nice sectional? (Photo: Facebook)

This is, we should add, not the outside Gibraltar Man, but his cleaner, smaller indoor brother who kept watch over the furniture inventory. Still, he's 25 feet tall. He wears a contrasting vest. And spats. What's not to like?

According to the Free Press, the chain is liquidating, and when they say everything must go, everything really must go, including Gibraltar Man:

Once known for its range of booths and celebrity visits, the last standing Gibraltar Trade Center closed its doors in Mt. Clemens in 2017 but announced the opening of multiple furniture outlets.

A retail store in Universal Shopping Center, 28582 Dequindre Road in Warren, will remain, but the fate of the location reads “Closing Date TBD” on the brand’s website.

G-Man is listed on Facebook Marketplace, with an asking price of $1,200. You must disassemble him -- he's in pieces -- and cart him away.