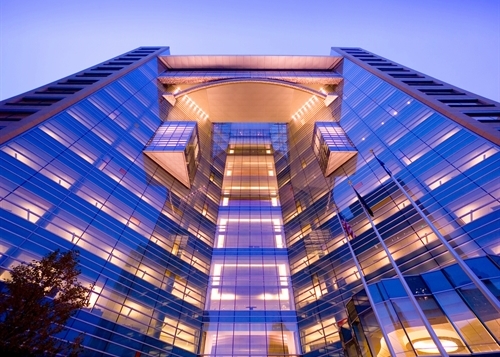 Compuware is based at One Campus Martius. (Photo: Quicken Loans)

The sale, announced Monday in a media release, is expected to be completed in the coming months. Terms are not disclosed.

In 2014, Thoma Bravo, a private equity investment firm in San Francisco, bought Compuware, then a publicly traded company,  in a transaction valued at approximately $2.4 billion. By the time of sale, Karmanos was no longer part of the company.

Compuware, under the San Francisco ownership, had a far lower profile in the Detroit community than under Karmanos.