Detroit's police chief no longer trusts local federal law enforcers enough to work with them on a drug-fighting task force.

"I felt there was a breach of trust," James Craig says he told Keith Martin of the Drug Enforcement Administration, according to The Detroit News. He's angry that the agency won't openly acknowledge using informant Kenyel Brown, who allegedly went on to kill six people. 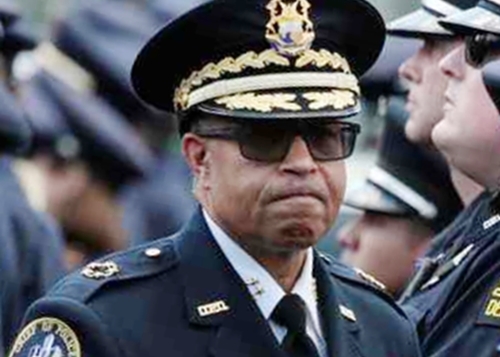 Chief James Craig: "There was a breach of trust." (Photo: Detroit Police Department)

Martin, special agent in charge of agency activities in Michigan and Ohio, came Monday to Detroit Police Headquarters with a DEA attorney to discuss the rift. George Hunter of The News relays Craig's account of ending a two-decade joint task force relationship:

"Because of this failure to acknowledge ownership that Brown was signed as an informant working for the DEA/DPD task force, I'm pulling my officers from the task force. ...

"[Martin] and I agreed that we would continue to work together in our mission of eradicating dangerous drugs from Detroit — just not as a task force." ...

During a press conference [last] Wednesday, Craig said Brown was an informant for the U.S. Bureau of Alcohol, Tobacco, Firearms and Explosives, and the Detroit police/DEA task force paid Brown $150 in October for information about drug activity involving a southwest Detroit gang. Craig said Brown's information didn't pan out, and that he wasn't used again

Four Detroit officers and a sergeant had been assigned to the task force, Hunter writes.

On Tuesday afternoon, the force tweets:

"The work that we do on behalf of the people of Detroit is important. Equally important is that the partners we work with share our commitment of transparency and accountability." - @ChiefJECraigDPD @detroitpolice #DetroitPD pic.twitter.com/pgacRV6tfo