Michigan voters: Give us your best Bernie, Joe — we'll give you $20 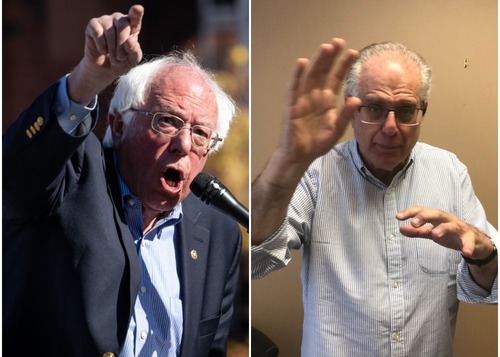 Can you beat editor Allan Lengel's Bernie? Show us in a submission to admin@deadlinedetroit.com.

Michigan's March 10 Democratic presidential primary is upon us, which means we have a critical choice that could alter the course of humanity.

But between analyzing the candidates' policy platforms and chances of beating Trump, there's also room for a little fun.

Here at Deadline Detroit we've found ourselves slipping into candidate impersonations as the election heats up, punctuating routine conversation on a story's merits with blurts like "I wrote the damn bill!" and "Malarkey!"

That sparked an idea: Why don't we open the floor to your candidate impressions?

Between now and March 9, Deadline Detroit will accept submissions for its first-ever Clown on the Candidates Contest. Give us your best Bernie, Joe — or Tulsi and Liz if they don't drop out — and we'll give you $20 to Starbucks and 15 minutes of fame. Top impersonations will be featured on our site as voters go to the polls Tuesday.

OK — Pete was actually talking about cell phones, but you get the idea.