In the early-morning winter darkness Monday, an 82-year-old woman tried to walk across 10-lane Hall Road at the intersection of five-lane Hayes Road in Shelby Township in Macomb County.

So is this just a routine story? Just another “accident,” as random, unpredictable and unpreventable as a tornado? Shall we just go “tsk-tsk” and go back to driving and walking on busy roads just exactly the way we always have? 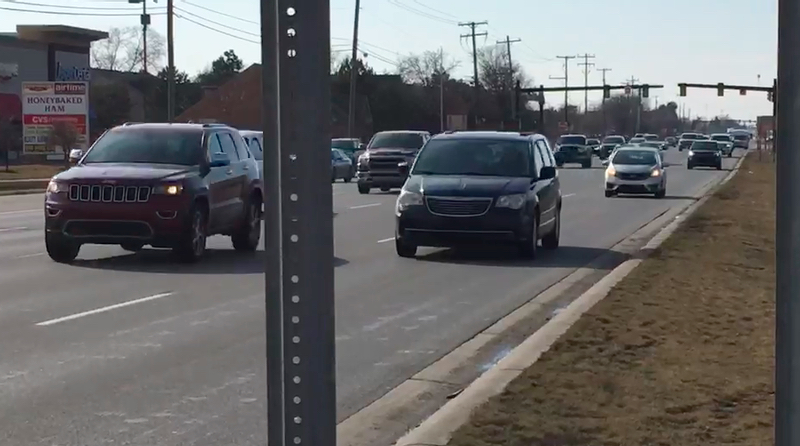 Would you like to cross this? In the dark? (Photo: Joe Lapointe)

Of course not.  Any traffic fatality is bad enough, but try to imagine an elderly woman run down after midnight by a driver who didn’t see her.

Such is the pedestrian landscape in many suburbs and exurbs around Detroit and other cities.

And now this victim is one more statistic in an alarming increase in pedestrian fatalities across the nation for the last decade.

According to the Governors Highway Safety Association, in a report released last week, U.S. pedestrian deaths rose to 6,590 last year, an increase of 5 percent over 2018 and an astonishing 54 percent since 2009.

In Michigan, pedestrian deaths went up 5 percent in the first half of 2019, but statistics for the final six months are not yet computed, the GHSA said.

Phones get some blame

“In the 39 years I’ve been here, I never thought I’d see this awful trend,” said Richard Retting, who conducted the study. He is director of safety and research for Sam Schwartz Engineering of Washington, D.C.

Retting asked rhetorically: “Why are the numbers going up so dramatically?” Then he answered his own question.

“Smartphones,” Retting said in a telephone interview from Washington. “Drivers are increasingly looking at mounted phones. Cars are now equipped with screens. People are obsessed, addicted. There is a compulsion to check messages. So they look down. The jury is in. We know the obvious. Looking at a cell phone while driving is dangerous.”

Police in Shelby Township have not yet said whether a phone was involved in Monday’s death.

Another reason for the increase in pedestrian fatalities, the GHSA report suggested, might be the drivers increasingly operate larger vehicles like SUVs and pickup trucks instead of smaller sedans. Humans are getting larger, too, but even a muscular young person is no match for large, rapidly moving machinery.

As for an 82-year-old woman walking in the dark, we still need to know why there and why then. Police have not yet released her name. Calls to the Shelby Township police spokesman were not returned. 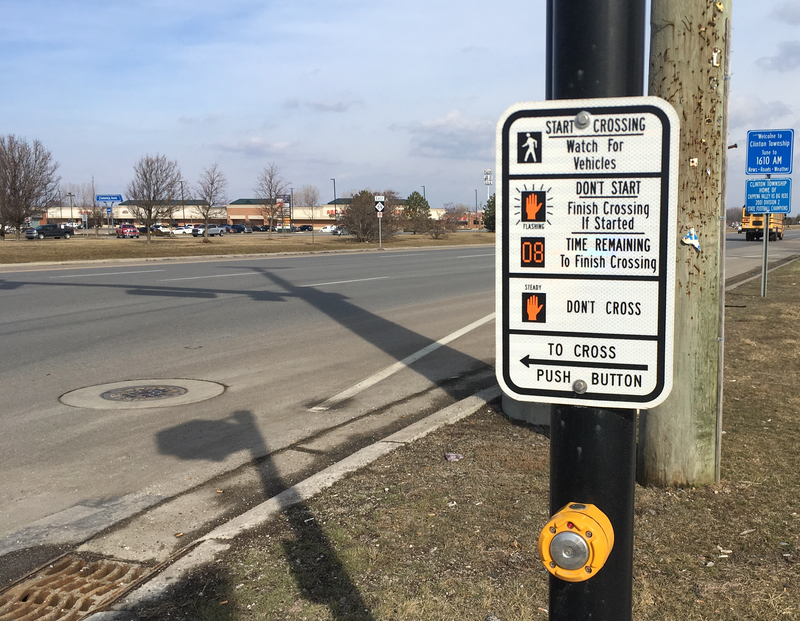 So many rules. So few followers. (Photo: Joe Lapointe)

Part of the problem is urban and suburban road design is hostile to pedestrians. In many ways, the death in Macomb fit another part of the pedestrian victim profile: It happened at night on a major “non-freeway arterial” that is built for cars, not pedestrians.On many roads, if you can find a sidewalk, it might be covered with snow that only warm weather removes. It might end without warning, leaving you standing in mud.

If you try to cross a busy road like Hall (M-59), you might have to walk a quarter-mile to the next crossing signal. Even there, you risk getting hit by a turning vehicle whose driver either didn’t see you or chooses to make you hop, skip and jump.

Metro Detroit certainly isn’t the only American region that is dangerous for pedestrians. But I’ve traveled to four dozen major North American cities in the last several decades and have observed that few driving communities show less respect for pedestrians than Metro Detroit motorists. 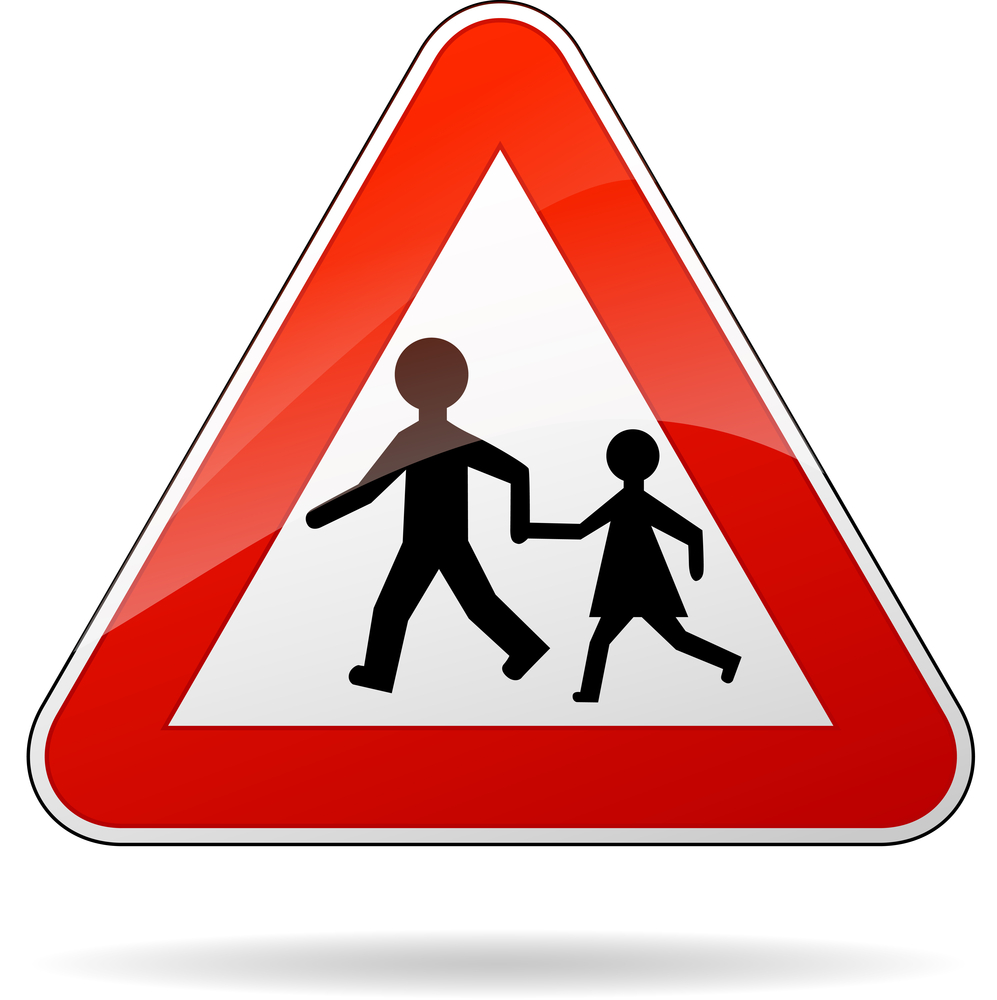 In Los Angeles, for instance, crosswalks on main streets are equipped with big, yellow, blinking lights overhead that direct motorists to stop when pedestrians touch a button. At crosswalks, cars halt to let walkers pass in front of them. Pedestrian crossing signals last longer than in Michigan.

Try crossing like this in Metro Detroit and see where it gets you. For instance: On Romeo Plank Road in Clinton Township – less than four miles from Monday’s fatality – a crosswalk leads from a nature trail to a public library. It is painted into the pavement with white stripes; yellow warning signs in both directions order drivers to stop for pedestrians.

But if you try to cross it by the rules, 90 percent of drivers will speed toward you without slowing down. Some might honk.

To be sure, pedestrians are not without blame, according to Lt. Mike Shaw, spokesman for the Michigan State Police. Shaw said there is a “huge misunderstanding” by some pedestrians that they have the right of way even when not in a crosswalk.

“In downtown Detroit, people randomly walk in the middle of the street,” Shaw said. “We’ve got a huge issue in Michigan in pedestrians not following right-of-way laws.”

Shaw added that people think they can cross at signals by breaking into a run when the light turns to blinking red that says “Don’t Walk.”

They should begin crossing only when the signal is green or white, he said. According to Shaw, Michigan’s pedestrian fatality rate has been relatively flat for five years.

In addition to the new technical distractions, Retting also said the old vices of alcohol and speeding remain contributing factors to pedestrian fatalities.

“This is real life and death,” Retting said. “Every day, 18 pedestrians are being killed in the U.S. These are the worst of times.”