Poll: Biden inches ahead of Sanders in Michigan 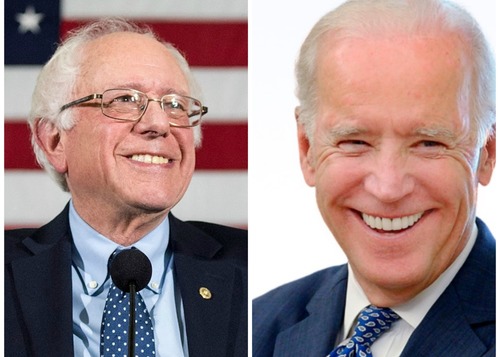 With Super Tuesday behind us, all eyes now turn to Michigan, the next battleground state to hold its Democratic presidential primary. And a new poll suggests Michiganders shifting toward former Vice President Joe Biden after a landslide South Carolina win Saturday helped resuscitate his campaign.

The firm that conducted the poll on behalf of the local media outlets has B/C grade for accuracy from FiveThirtyEight.

Former New York mayor Mike Bloomberg captured 10.5%, while Massachusetts U.S. Sen. Elizabeth Warren had 7% in the poll, conducted by Glengariff Group. It had a margin of error of plus-minus 4 percentage points. The poll was conducted Friday through Tuesday. Only those winning at least 15% of the vote win delegates to the Democratic convention.

"What we saw in our numbers each night (of the poll) was a huge Biden surge," pollster Richard Czuba said.

"But there's still great fluidity. This race is close in Michigan, and I think it will continue to be close," he added. "It's all going to be determined by who actually bothers to vote."

Sixteen percent of poll respondents said they were undecided.

Sanders won Michigan in 2016. He was previously up on Biden by 9 points in the state, according to a poll conducted after Sanders won the popular votes in the two first contests of the election cycle.