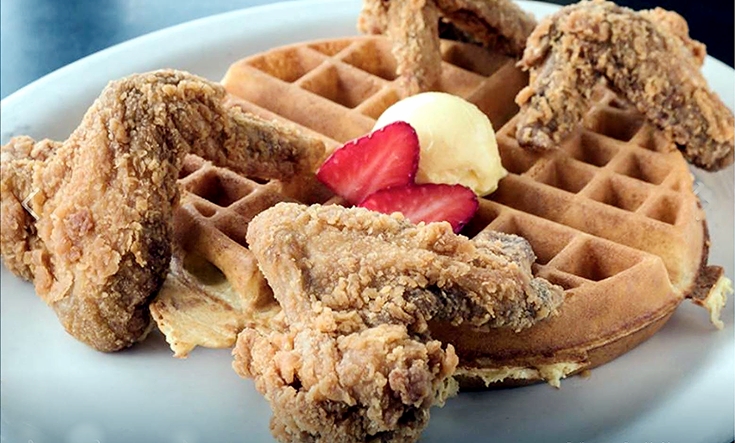 A restaurant name changes, but this signature dish doesn't. It's immodestly called "the original chicken and waffles of Detroit." (Photo: Facebook/New Center Eatery, 2017)

A temporarily knocked-down New Center restaurant owner isn't knocked out of the business or the Detroit neighborhood.

Johnny Cannon, the persistent proprietor, originally opened New Center Eatery on West Grand Boulevard in 2003 and moved nearby to Woodward Avenue in 2018. He shut late that year, and now is preparing to try again with a new name at the same site, Eater Detroit reports:

In posts to social media on Tuesday, the restaurant called Joe Louis Southern Kitchen confirmed that it would be opening in April with New Center Eatery’s signature chicken and waffles.

A mid-April start is hoped for, followed by a grand opening at 6549 Woodward Ave. on or around the late boxer's May 13 birth date. 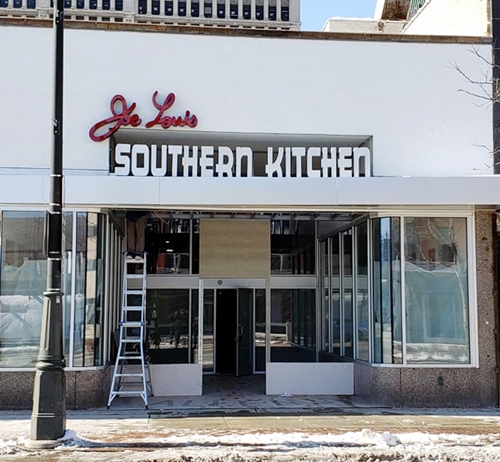 Work is under way at 6549 Woodward Ave. (Photo: Facebook)

The counter-service restaurant also will have pancakes, buttermilk biscuits, croquettes, gumbo, and rice, shrimp and grits, Brenna Houck writes at the local food news site. In a nod to the heavyweight champ in the new name, the menu includes country fried steak cheese grits, a favorite of the legendary fighter who died in 1981 at 66.

Cannon tells Eater he's partnering with Joe Louis II in the restaurant, which will pay tribute to the famous boxer [father of the namesake]. The 76-seat restaurant will feature a themed interior based off Louis’s Southern upbringing.

Like New Center Eatery, the rebranded restaurant will feature an all-day brunch menu served seven days a week from 7 a.m. to 3 p.m. Cannon says he also plans to extend Joe Louis Southern Kitchen’s late-night menu to make it 24 hours on weekends, similar to the previous restaurant that served food until 4 a.m.