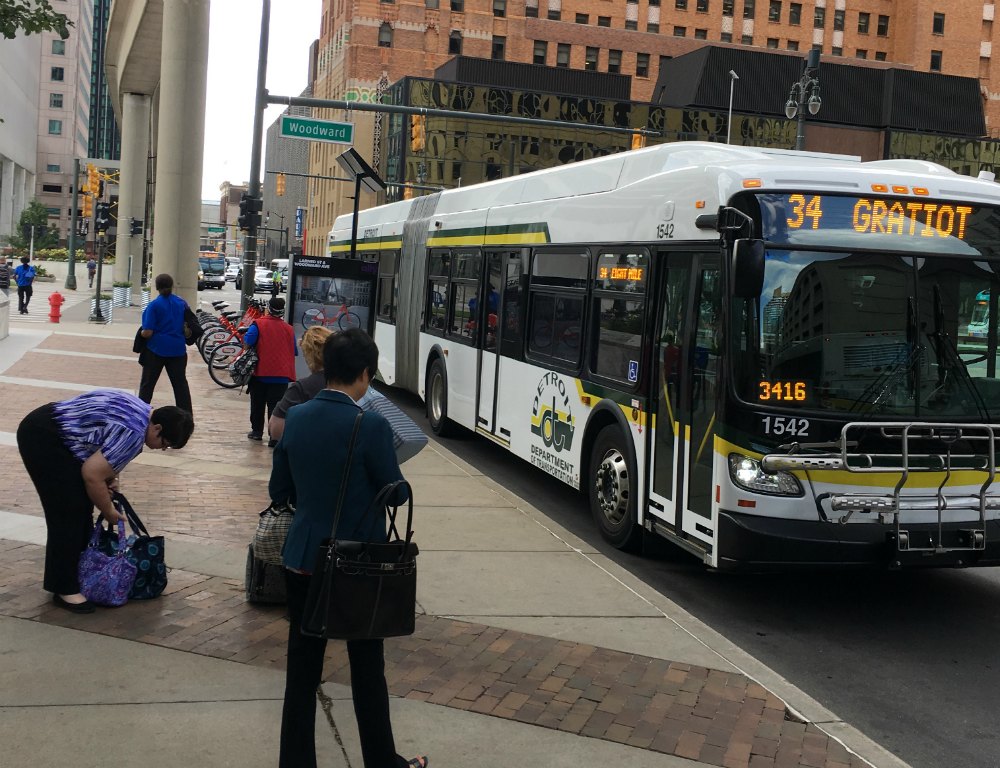 But not Metro Detroit. No-siree-bob. Here in the Motor City, we drive all the time, everywhere. Mass transit? Huh! Everyone’s out of step but us.

We roll our own way even though rapid public transportation is a 19th Century idea that is alive and well in the 21st because it lets people  go to work, school or shopping without the hassle and expense of an automobile.

The latest proof of our backward attitude came this week in Lansing when House Speaker Lee Chatfield abandoned legislation that could have put a regional transit tax proposal on the ballot in November in three of four Metro Detroit counties.

He is a Republican from Levering, which is 284 miles from Democratic Detroit. Macomb County pulled out of the proposed bargain but Wayne, Washtenaw and Oakland were on board, at least enough to let their voters decide a question about something as basic as a coordinated bus system.

But that wasn’t good enough for some reactionary folks in northern Oakland communities who feared they could be taxed for a service they might never use. So they pressured the Republican legislature to kill the bill without even a House vote.

Wayne County Executive Warren Evans is frustrated by yet another defeat for community value and common sense.

“I wish I was surprised,” Evans said in a statement. “Are we a region, or a group of isolated areas that pay lip service to regional issues?”

“It’s a complete lack of vision,” Evans said, “and our region and state suffer because of it.”

Let’s pretend for a moment that rejection of mass transit in Metro Detroit has nothing to do with fears of racial or economic differences and how “those people” from Detroit might find a way to ride public transportation far north of Eight Mile Road.

Let’s consider only the tax question. People pay lots of taxes for lots of things they don’t usually use. You might never need your police or fire departments. You might not have kids in public school. Maybe you don’t use the public parks or the libraries.

Nevertheless, your community as a whole benefits by having first responders, schools, parks and libraries. Such things make a place more appealing to families who might want to put down roots and raise the next generation of taxpayers. You pay taxes, sure, but your property values go up. 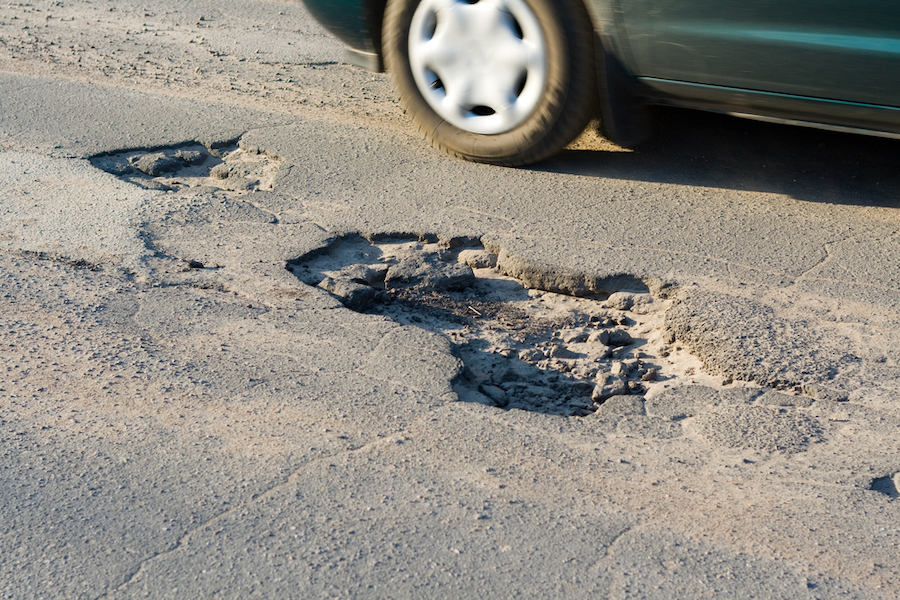 In addition, public transit – even a good bus system – can make life easier and less expensive for households who don’t want to finance two or three automobiles.

But here in Southeastern Michigan, we would rather bounce our single-occupant cars on pothole-ridden roads (and we won’t tax ourselves to fix them).

We’d rather pay stiff repair bills to fix broken wheels and busted springs. And we simply shrug off the high cost of car insurance. Hey, there’s nothin’ you can do, right?

Well, yes, there is plenty, but you must use imagination and enlightened taxation. Consider a main artery like Gratiot, which runs for 23 miles from downtown Detroit in Wayne County to downtown Mount Clemens in Macomb.

It’s wide enough in the city for a train lane to run down the middle of the street. Above Eight Mile, Gratiot has a large, grass median which is even more accommodating.

Or consider Woodward Avenue for the 31 miles from downtown Detroit to Pontiac in Oakland. Why not run a rail line up the middle of Woodward?

Lines on Gratiot or Woodward could have a station stop every two or three miles. They might encourage home builders and retailers to buy abandoned properties along the train line and redevelop broken neighborhoods in the city.

You could say the same for a westward train line along I-94 that would connect downtown Detroit to Dearborn, Metro Airport and Ann Arbor. 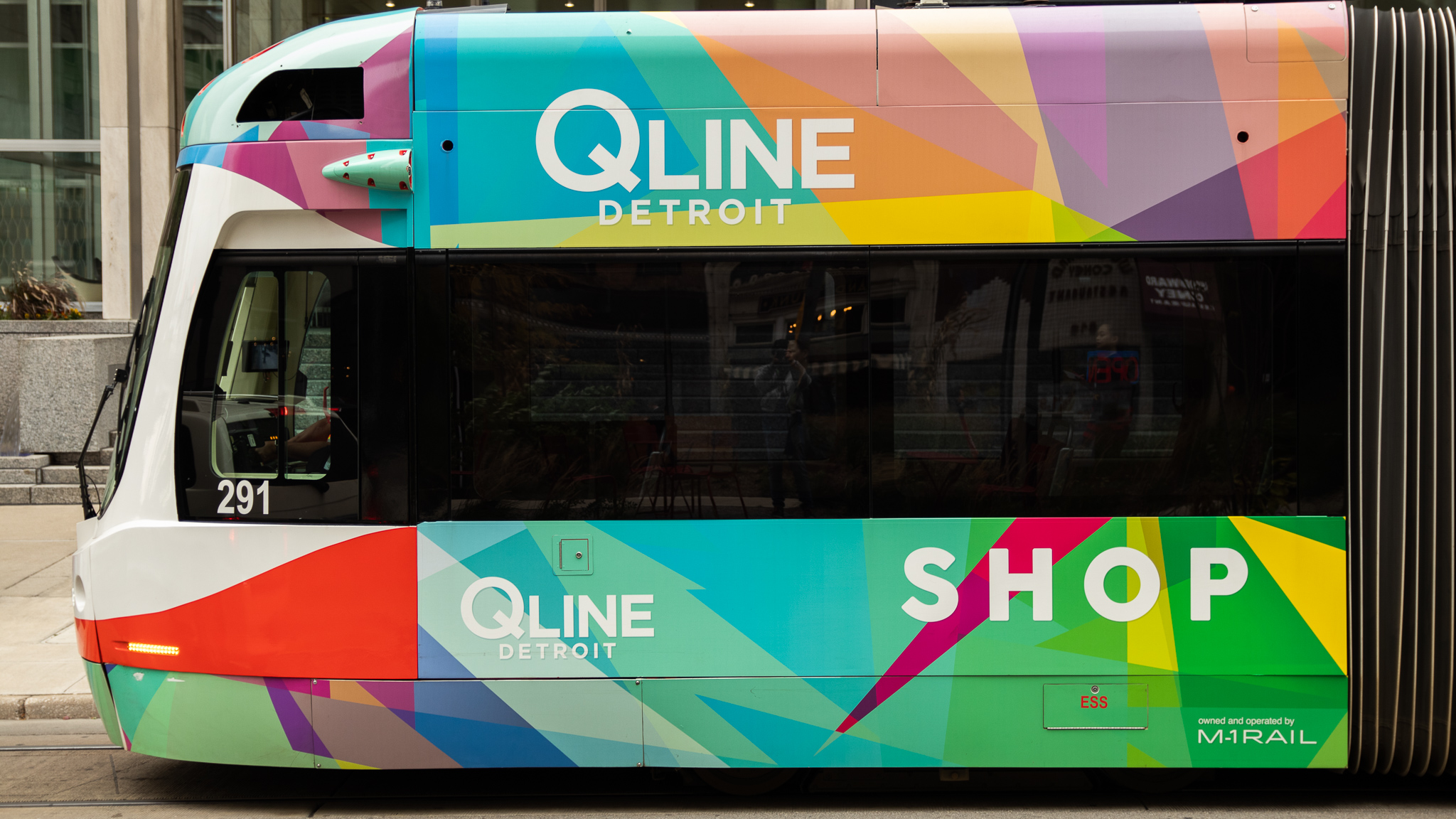 Such transit lines also would make suburbs more attractive to homebuyers because going downtown for work or for fun would not require a costly parking space.

Critics of mass transit will offer simplistic opposition by saying “Look at the People Mover and the QLine in downtown Detroit. Not enough people ride.”

But the fact that they are only downtown is part of the problem. For mass transit to achieve critical mass, it must move people across the 2,871 square miles of the four-county region. You have to think big.

Back in 1940, when Detroit had a working streetcar system, the city was the fourth largest in the United States. Now, it is No. 23 at an estimated population 672,662. Our overall metro population of an estimated 5.3 million is 12th.

Some of us of a certain age remember riding those streetcars and their tracks, which were ripped out in the 1950s. Ever since then, Detroit has declined in population and prestige. Lack of mass transit is not the only reason, but it’s one of the big ones.

Alas, things won’t get much better while we are ruled by an unfairly gerrymandered legislature full of short-sighted, narrow-minded, term-limited, Detroit-detached Republicans from way out yonder where the busses don’t run.