Sen. Peter Lucido, booted from 1 chairmanship, insists again: 'I have not sexually harassed anyone'

It would appear that Sen. Pete Lucido ogled one woman too many for his Republican colleagues in Lansing. After three came forward to claim inappropriate behavior on Lucido's part, Senate Majority Leader Mike Shirkey stripped him of one of his committee chairmanships Thursday. 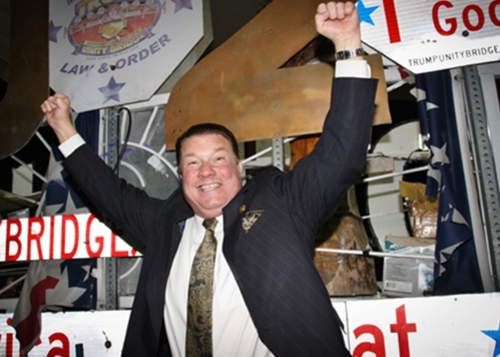 Lucido will remain chairman of the Senate Judiciary and Public Safety Committee and the Joint Committee on Administrative Rules, which has drawn criticism.

► Update -- A statement Friday from Lucido is posted by The Detroit News:

“Throughout this process, I have maintained that I did not sexually harass anyone. The Senate Business Office and its outside counsel were charged with investigating whether I did. After their comprehensive and impartial investigation, they determined that the allegations made against me could not be unequivocally substantiated.

“Given that I have not sexually harassed anyone nor were there any citations of a violation of Senate rules determined by the investigation, I look forward to continuing to work on behalf of the people I represent.

“It is my honor and a privilege to serve the people of the 8th Senate District. I have always done my best for them, and I will continue to do so with the same level of hard work and service that they deserve from their public officials.”

This is how the story unfolded earlier this year, as Crain's recaps:

An internal investigation by the Senate's human resources office was launched at Shirkey's request in January after Michigan Advance reporter Allison Donahue published a first-person account of Lucido telling her during an interview that a group of Catholic school boys "could have a lot of fun with you."

Donahue's allegations caused state Sen. Mallory McMorrow to go public in an interview with Crain's about how Lucido held his hand on her lower back for an extended period of time when they met for the first time during new senator orientation and made a comment that suggested she won her 2018 race because of her looks.

McMorrow's account prompted a third woman, Melissa Osborn, to come forward and detail a similar incident in which Lucido put his hand on her "upper butt" during a Michigan Credit Union League conference last May in Lansing. Osborn works in regulatory affairs for the credit union industry group.

Lucido, a Macomb County Republican, has emerged in recent years as a fervent supporter of President Trump.

“Any decent workplace would fire someone for showing a pattern of sexual harassment and inappropriate behavior. Sen. Lucido gets a slap on the wrist and will still chair two other committees. Lucido has shown zero remorse or even acknowledgment that what he did was wrong.

"Ultimately, he’s going to have to answer to the people of his district and they should hold him accountable for his actions. We look forward to seeing the full report on this and will continue to work to build a Michigan where this sexist and toxic behavior is not tolerated. All people, whether they are elected officials, staffers, reporters, or hourly employees, deserve respectful and safe work environments.”