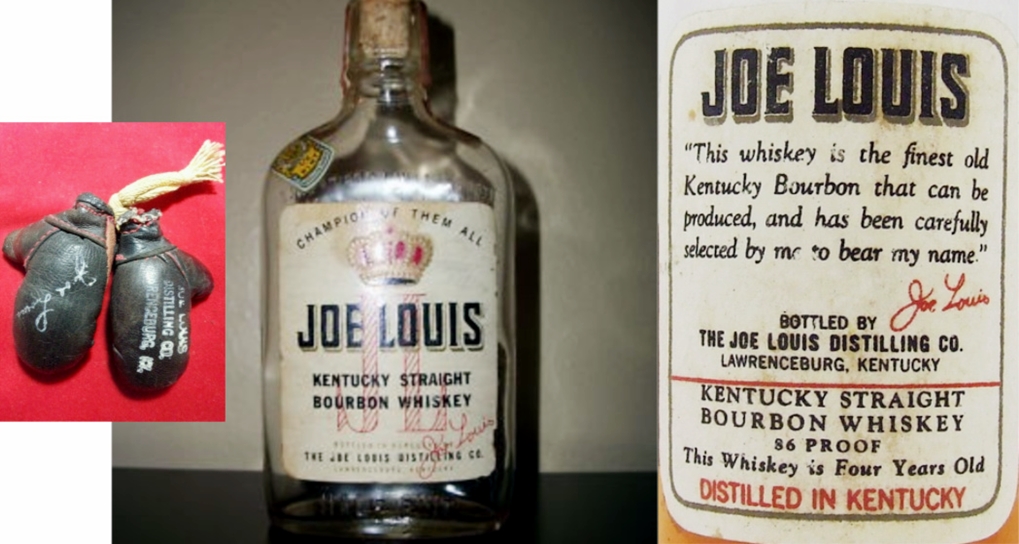 An enterprising business venture is reviving a vintage whiskey with a lengendary name and Detroit roots.

It's billed as "the comeback of an authentic American spirit" -- Joe Louis Boubon, first released in 1952 by a Philadelphia company started by the heavyweight champion from Detroit and named for him. It was a year after he retired from boxing.

"Although this was a short-lived venture, Joe Louis’ idea endured," post two hoteliers from Maine who bought the name. "Now, in 2020, the Joe Louis Bourbon brand is relaunched." 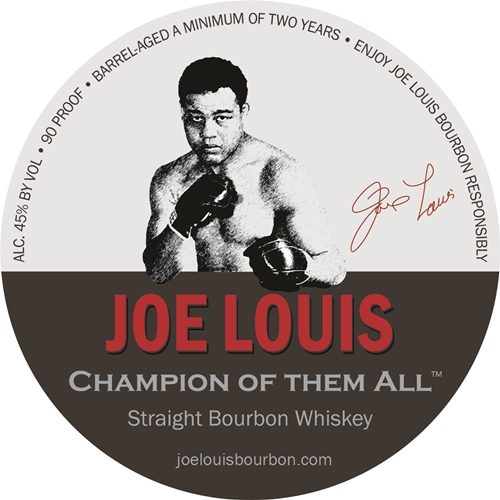 The partners, cousins JJ Mokarzel and Peter Guidi, arranged production at a Southwestern Virgina distillery and brought in Joe Louis Barrow Jr. II of Detroit, 49, one of the late boxer's sons, as an advisory board member. That namesake, known as Jo Jo, is a former marketing and public relations executive who lives at Riverfront Towers downtown. He served for 18 years as chief executive of a youth golf nonprofit.

The company's 90-proof bourbon is aged in American oak barrels for at least two years. (The champ's version nearly 70 years ago was 86 proof and aged four years.)

Bottling began Feb. 20 at the Davis Valley Distillery in Rural Retreat, Va. -- which sure sounds like an apt place for a bourbon-making. An April 14 launch event is planned at Detroit Shipping Company in Midtown, with an on-site podcast by "Man Cave Happy Hour." 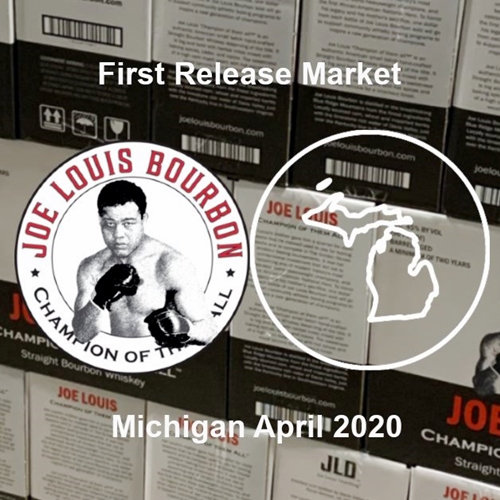 Promotions continue that weekend at the Metro Detroit Golden Gloves tournament at Bert's Warehouse in Eastern Market, as well as at the Michigan Golden Gloves state championship in Grand Rapids.

"The first release of Joe Louis Bourbon will be in Michigan," the partners post, "with product expected to be available in stores and restaurants by the beginning of April. As soon as we have the list of locations where you can buy it, we will add it to the joelouisbourbon.com website."

The fighter, whose full name was Joseph Louis Barrow, was born in Alabama and moved to Detroit with his mother and stepfather in 1926 at age 12. They lived in Black Bottom on what's now Madison Street. "The Brown Bomber," as he was dubbed, held the world heavyweight championship from 1937-49 and is considered to be one of the greatest heavyweights ever. He died of cardiac arrest at a hospital near Las Vegas in 1981 at 66. 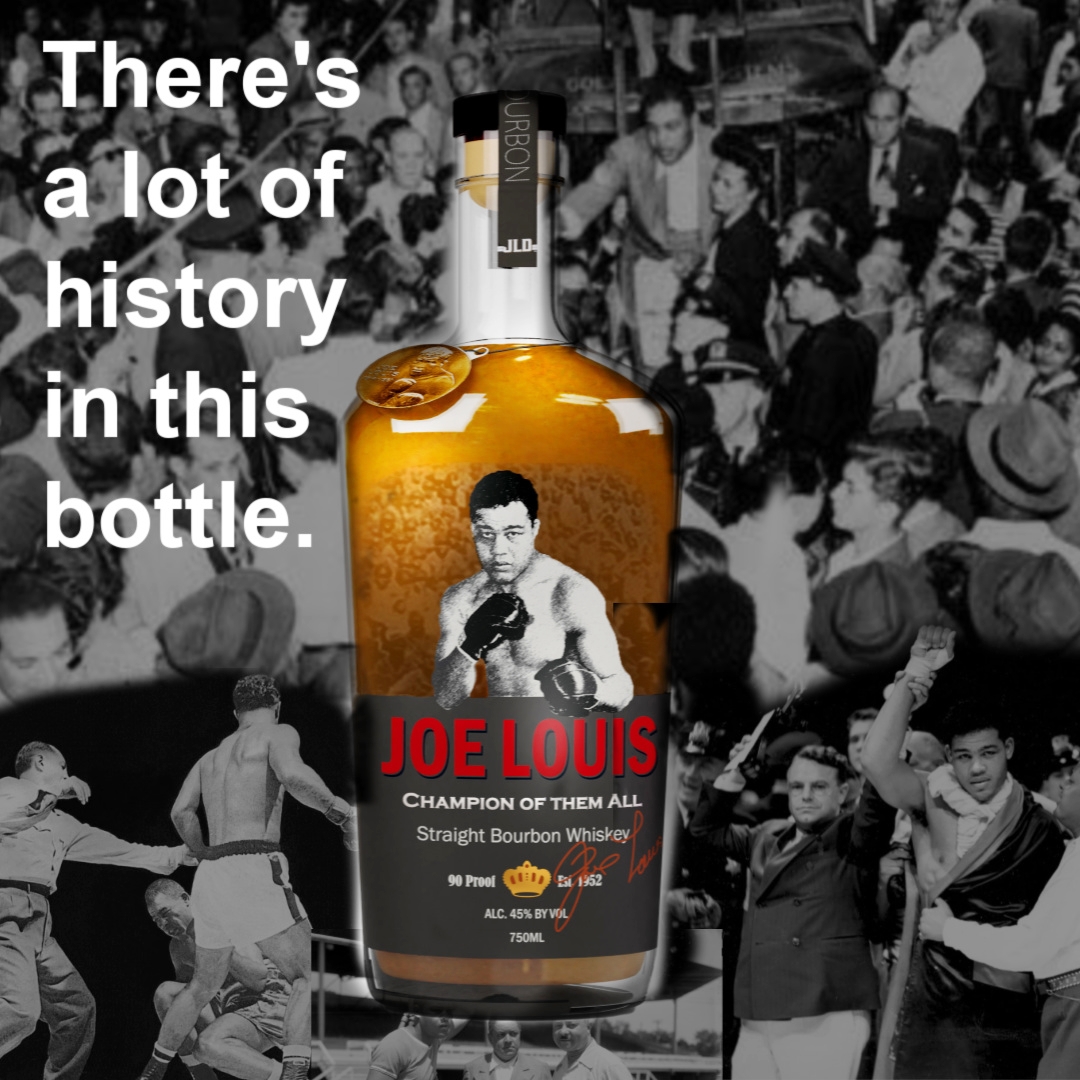 Pitches for the bourbon named for the iconic athlete embrace heritage and hype. This is from the website:

"Recognizing the weight of history in creating a brand to respect and honor the acclaimed 'Champion of Them All' and the country’s first African American hero, Joe Louis Distilling committed to a single, driving mission: To be authentic in everything we do.

"The Joe Louis comeback is a testament to a country and its people. It shows that inclusiveness, working together and overcoming our differences can result in the creation of a company that we can all be proud of. It is the true embodiment of the American spirit.

We have created a brand which educates, inspires and represents the triumph of good over evil, and love over hate–one where all people are judged fairly and honestly–not by the color of their skin.

"We aspire to be, as Joe himself said, 'Champion of Them All.' We are proud of the core values of the reimagined Joe Louis Bourbon brand, and we like to think that Joe himself is looking down on it all with pride."

Pass a glass -- we need a strong shot now, one that packs a punch.