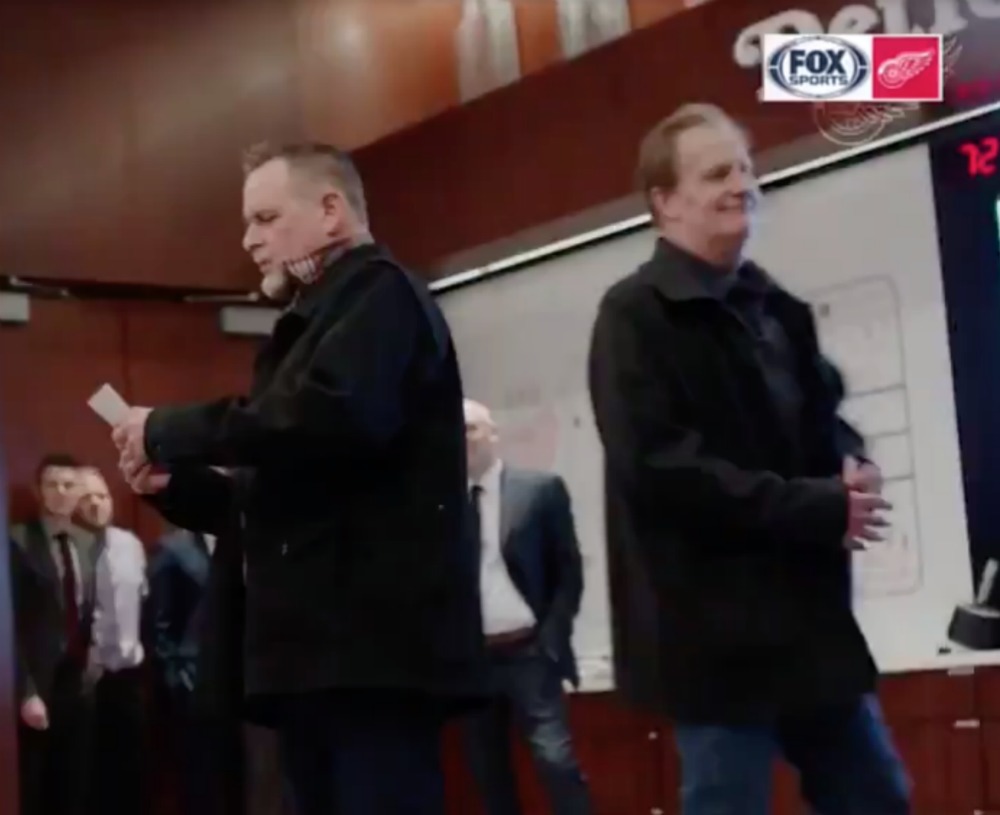 Coulier drew laughs as he went through the names, calling out Anthony Mantha, “Mantha, big man, where are you, buddy?” When Mantha raised his right hand in acknowledgement, Coulier quipped, “he can put a lot of beer away.” When it was Trevor Daley's turn, Coulier quipped, "this next guy's not weekly, he's daily, eh?"

The Wings beat the Blackhawks 2-1 in a rare victory.

Prior to warmups, the @DetroitRedWings got a treat: @Jeff_Daniels and @DaveCoulier! Detroit Fans first, actors second. #LGRW pic.twitter.com/TCSNeVoR3M