Bet on your teams: Sports gambling starts this week at Detroit casinos 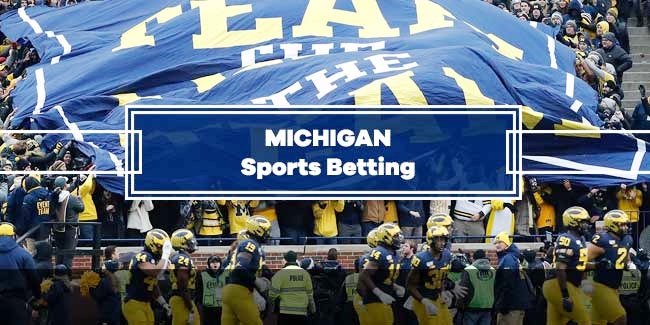 Sports betting moves above ground locally and goes legit in a few days, just in time for March Madness action.

Wagers on pro and college teams can be placed at Detroit's three casinos as of 1 p.m. Wednesday, the Michigan Gaming Control Board announces. Formal approval comes at a Tuesday meeting of the regulatory agency.

"This new gaming opportunity has been highly anticipated," Richard Kalm, the Lansing board's executive director, says in a handout quoted by Crain's. "We hope citizens will enjoy it and see benefits from additional revenue to both the state of Michigan and the city of Detroit."

Legislators cleared the way Dec. 20 for sports gambling at casino kiosks and online, making Michigan the 20th state to legalize that activity. Computer betting and fantasy league wagers are expected to start here late this year or in 2021

MotorCity Casino Hotel, MGM Grand Detroit and Greektown Casino-Hotel have been building out sports books in anticipation of the basketball tournament, which draws millions of dollars in under-the-table bets each year.

"We are ready to go, and everything will be in place," Marvin Beatty, vice president of community and public relations for the Greektown casino, told Crain's.

Beatty said patrons will be able to place bets that span the "entire sports betting gamut." He said the offerings will be identical to those in other jurisdictions with legal sports betting.

The executive told Nagl earlier this year that Greektown hopes to attract young sports fans from nearby Quicken Loans, Blue Cross Blue Shield of Michigan and other downtown offices.

"Being right here in the middle of the central business district, you got thousands of people and probably thousands of them are making some kind of sports bet somewhere," Beatty said.

At MGM Grand Detroit, work on a "Las Vegas-like sports lounge" to be called BETMGM Sports Lounge began soon after legislative passage three months ago, the journalist writes. MotorCity "walled off two sections of its gaming floor to build out a sports betting lounge," Nagl adds.

The NCAA college tournament tips off March 17 and runs through April 6.

State gaming board officials are developing rules for sports bets via computer and phone apps, a more complex deal than for on-site wagers.