'Michigan is the most important state coming up on Tuesday,' Sanders Tells 10,000 in Ann Arbor 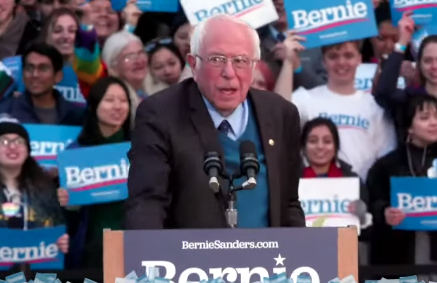 Sen. Bernie Sanders, who finds himself suddenly in a tight battle for the Democratic presidential nomination, drew 10,000 people to a rally in Ann Arbor on Sunday.

Sanders who needs a victory Tuesday in Michigan's primary to stay in the hunt, talked to wildly cheering  students at the University of Michigan about his often-heard campaign promises including universal Medicare, free university education, a minimum wage of at least $15 an hour and sweeping gun control legislation.

"Michigan is the most important state coming up on Tuesday," and "we're going to win this election," Sanders said, according to the Detroit Free Press.  Five other states are holding primaries on Tuesday including Idaho, Mississippi, Missouri, North Dakota and Washington.