Hometown entrepreneur Frederick Paul II, a son of Detroit's east side, this week takes his online sneaker business to the next level.

"He wants to make sneakers more accessible while giving back," says a short profile at Model D by managing editor Dorothy Hernandez. 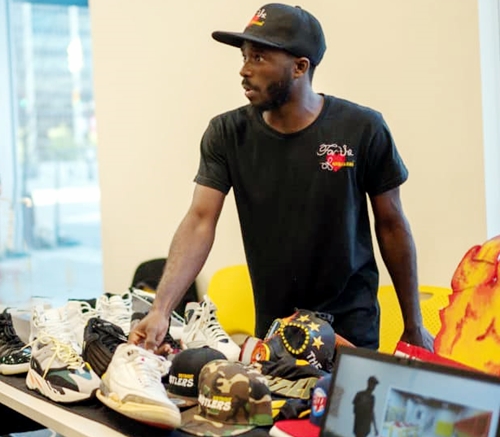 Frederick Paul II: "I want to reinvest back into the neighborhood."

Paul, a graduate of Renaissance High School and Western Michigan University ('15), plans to donate $1 of each sneaker-trading membership fee to the city school system. Memberships start at $15 a month. Customers also can buy used sneakers.

His new venture benefts from a $25,000 Motor City Match grant and a TechTown award at its Retail Bootcamp Pitch Showcase. It's a professionalized outgrowth of an e-commerce business he started in 2016, called The Heat Factory.

This week's debut from noon to 8 p.m. is strategically timed for March 13, known locally as 313 Day (3/13) -- a ready-made launch date for a business called Fahrenheit 313. Its website has just a landing page for now.