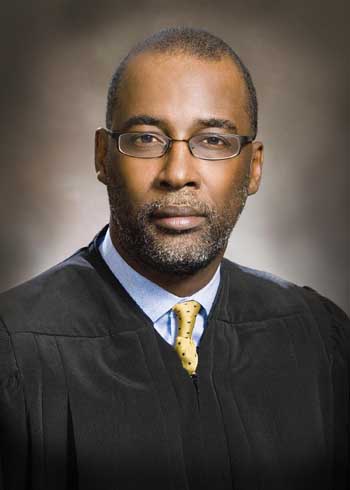 These days it's hard to be unsympathic or skeptical about someone who has a fever or is vomiting.

But last Friday, Oakland County Judge Leo Bowman tossed real estate developer Howard Baum, 61, into the Oakland County Jail for five days for contempt in a civil case after he showed up late -- even though he had a doctor's note with a diagnosis of contagious bacterial pneumonia.

Once in court, he started vomiting, according to his attorneys.

Baum's attorneys on Tuesday filed a motion asking that Bowman remove himself from the case, accusing him of being unable to be impartial. Howard was released from jail early Tuesday morning after serving his sentence.

A person in the judge's chambers told Deadline Detroit that he "does not comment on cases before him."

It all began when Baum's sister-in-law, Lynn Baum, filed a lawsuit against her ex-husband David Baum, accusing him of hiding assets during the divorce. Howard Baum, who had lent money to his brother David and sister-in-law, was named in the suit.

On Friday, Howard Baum was scheduled to appear in court at 8:30 a.m. in which the judge was going to decide whether to hold him in criminal contempt for allegedly failing to follow a court order.

According to affidavits by his attorneys, Baum had sent an email to the lawyers around 4:15 a.m the morning of the hearing, saying he had a 103-degree fever and "was barely able to lift his head from the pillow," and that he had been ill for a while.

His lawyers, Weiss and Jerome Frank, advised the judge in the morning, who directed them to have Baum in court at 11 a.m. or he'd face an arrest warrant. The lawyers were unable to reach Baum and at the 11 a.m. hearing, the judge said he'd hold off on issuing an arrest warrant if Baum showed up at 3 p.m.

At 2:35 p.m., according to the affidavit, attorney Frank reached Baum, who was at the pharmacy picking up antibiotics. He had a medical letter about the pneumonia, the filing adds. Baum was told he needed to appear in court at 3 p.m.

At 3:04 p.m., Baum entered court with attorney Frank. His other lawyer, Weiss, was in Macomb County Circuit Court and needed more time to appear. At that time, Frank told the judge that Baum had bacterial pneumonia and had a fever.

"It was quite clear that Mr. Baum was not lucid and did not realize that he had been convicted of criminal contempt and sentenced to five days in the county jail," the legal document added.

An affidavit also said an attorney for Baum called the court before the 3 p.m. hearing, but a clerk said it wouldn't make any difference to the judge if he saw a doctor's note, and that he wanted Baum in court.