Gallery: Corktown Detroit home for sale looks dumpy, but imagine it in 1848 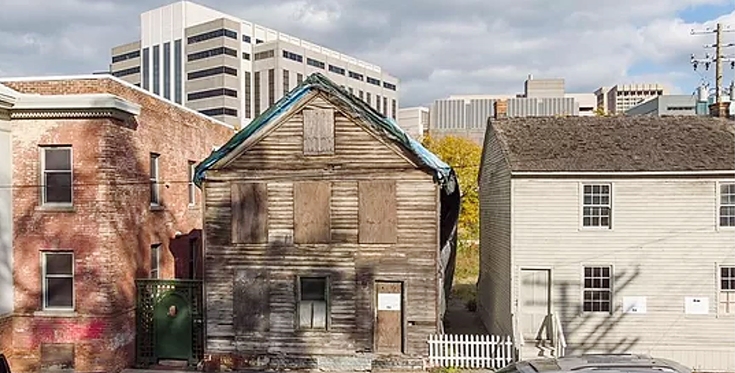 The $150,000 relic at center is across the Lodge from Detroit Public Safety Headquarters. (Photos: Realcomp II)

Calling this 19th century real estate listing on Sixth Street a fixer-upper would be generous. But hey, it's still standing after 172 years and can be yours for $150,000.

Curbed Detroit calls it "one of Detroit's oldest homes," and provides background:

The current owner, a Corktown historian and preservationist, says the home dates all the way back to 1848. Though according to parcel maps, it was moved from its location near the Michigan Central Railway Tunnel to its current one around 1906. Many other homes in that area were demolished to make way for the tunnel.

There are only a handful of homes in the city still around from that time, and even fewer in its Greek Revival style. 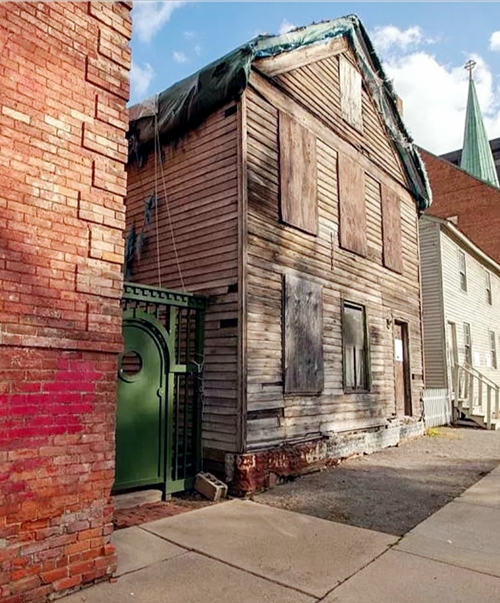 Aaron Mondry, editor of the local property and architecture news site, posts with understatement: "It’ll be a true labor of love to restore it." It'll also be a delicate challenge because its status as part of the Corktown Historic District in Detroit's oldest neighborhood means "its historic integrity must be preserved," Mondry adds.

More exuberance and less restraint are at the sale listing by agent Joy Santiago Clark of Dwellings Unlimited. She gushes with three exclamation points and claims the "sky is limit on what can be done" -- while noting that the "registered historic property cannot be torn down."

Clark touts a chance to "be part of the Corktown experience" and a "great opportunity to restore and revive part of the D."

She notes the proximity to downtown, shops and restaurants -- including three shown with the property photos (Lady of the House, Ottava Via and McShane's).

Here's how a pre-Civil War home in Detroit with 1,400 square feet looks: 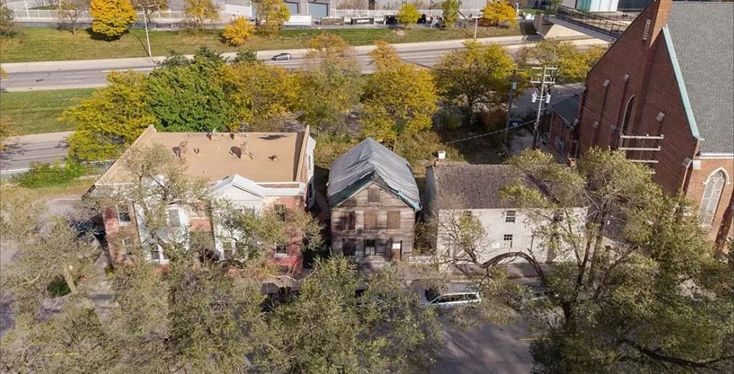 Drone view last fall of the 1848 survivor at center. Most Holy Trinity Church is at right. 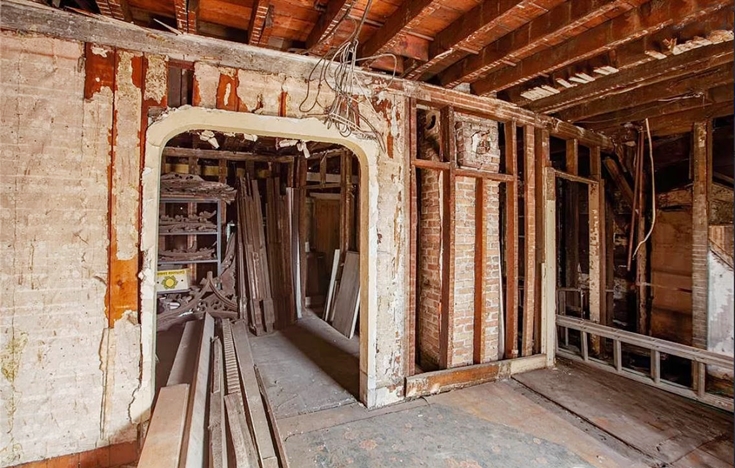 Nineteenth-century brickwork, beams and arched doorway in the basement. 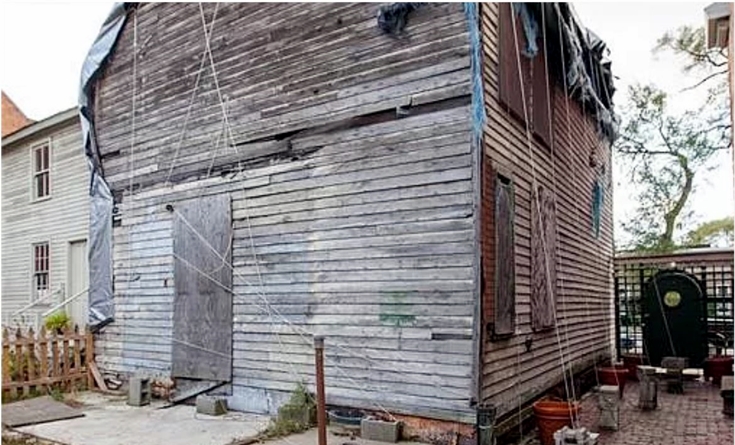 Rear view of the weathered two-story piece of history within walking distance of downtown.