Derringer: 'Contagion' is the almost-documentary for our jittery time

Midway through the week, a friend told me he was in a Starbucks, listening to a man talk on his phone in a language he didn’t recognize: “The only word that came through, over and over, was ‘pneumonia.’” 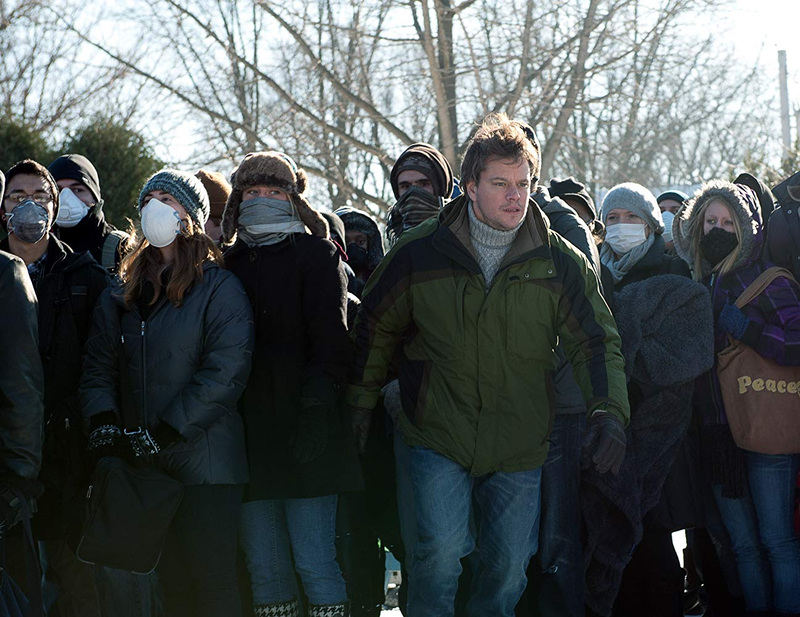 Later that day, I stood in line at Plum Market. The man behind me was talking on his phone, in English, in that way we all decided to talk on phones in public: On speaker. Ragged coughing could be heard from the other end. “If you have bronchitis, you have bronchitis. Don’t come in,” he said.

It’s been an unnerving week, made so by the news, but also by chance moments like these. So I did the only thing that seemed to make sense at the time: I went home to self-quarantine and watch “Contagion.”

Like me, you may have been startled to see this nine-year-old film swim by in the Top Movies queue on iTunes, a position likely determined by people seeking it out, just as I was. I saw it when it was released in 2011 and liked it. Until the last few weeks, I thought of it as the movie where Gwyneth Paltrow gets her head sawed open (autopsy).

It’s the story of how a new malign virus makes the jump from one species to another (bat to swine) to a third (us). The fictional MEV-1 virus in “Contagion” is worse than the one we’re dealing with – the fictional one attacks the respiratory system and the brain, and kills 20 to 30 percent of those infected -- but the rest, presented in jittery interwoven stories, feels more like a documentary.

Cool heads call for social distancing and self-quarantine, while hotter ones loot stores and hoard food. There’s an Alex Jones-type blogger, Jude Law with a bad-teeth prosthetic and a grating Australian accent, who passes misinformation about “cures” They Don’t Want You to Know Because Big Pharma, and if you can tell the difference between him and your garden-variety anti-vaxxer, you’re a better person than me. 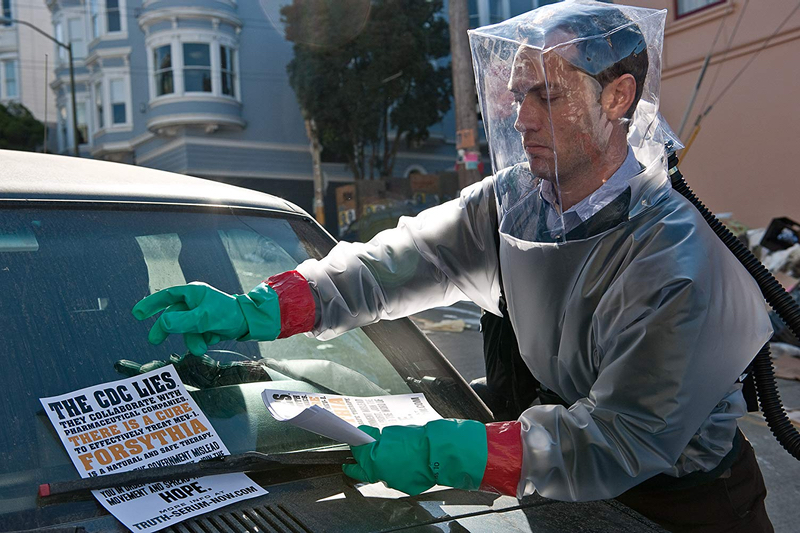 It doesn’t track exactly with our situation. The president in “Contagion” is mentioned only in passing. Ours is actively making things worse. The stock market is similarly ignored, but the scenes of social disruption and chaos suggest this isn’t a good time to be checking one’s Vanguard account balance.

I won’t spoil it for you. You can rent it for $3.99 like I did. The ending is more or less “happy,” but I think what I liked best about it was this: The heroes aren’t soldiers, or superheroes, but people with masters degrees, PhDs, MDs. They are men and women who work in labs and can discuss the R-nought casually, data nerds to the last.

When I let myself think about it, it’s what makes our current situation in reality so much more alarming – the fear that the president might fire Dr. Anthony Fauci, the smartest guy in the room, because he isn’t “loyal,” and installing someone like his dolt of a Surgeon General, who even in the midst of a public-health crisis still feels compelled to throw flattery at the boss. To name but one thing that keeps me awake at night.

Probably the surgeon general isn’t a dolt. But the fact he felt the need to proclaim his 30-years-older, obese, fast food-eating boss “healthier than I am” is not reassuring.

Against my better judgment, because I’m closing in on retirement age, I have checked my 401K and investments. It’s not reassuring, either. I assume it’ll recover at some point, the way it always has. But I don’t have the recovery time I once did, and I certainly don’t have the faith I should have. I wonder: What if Barack Obama was still president? Or Hillary Clinton? What would be different?

I like to think that Wall Street would not have a seat at the task force’s table. I like to think that scientists would be listened to, and heeded. Markets would be slumping, no doubt. But they wouldn’t be in a fear-itself spiral. Maybe they would. But I doubt either not-president would be barking lies to the American public, between outbursts of witless self-flattery.

Steven Soderbergh, who directed “Contagion,” sets up dozens of early shots in the film showing sick people touching things – poles on mass transit, elevator buttons, railings. It’s a way to underline how we can be connected to people we don’t know and will never meet in any way other than microbe exchange. The creation of the virus itself is explained by a scientist as “somewhere in the world, the wrong pig met up with the wrong bat.”

Somewhere in our world, pigs and bats and birds crash into college students and NBA players and Mr. and Mrs. Tom Hanks, and we all feel the reverberations. If only better people were in charge.