In light of the unprecedented economic catastrophe brought on by the coronavirus pandemic, Metro Times is heartbroken to tell you we temporarily laid off 8 employees today. The cuts came from virtually every department, including sales, production, editorial, and events. It’s our sincere hope that after weathering this storm, we’ll be able to bring back this incredibly valued staff, but at the moment we can’t offer a timeline.

... Since a majority of our advertisers are ceasing operation as quarantine measures go into effect, we simply don’t have a path forward with our full staff. Remaining employees across the company are taking a pay cut and covering multiple roles for the time being.

“This is absolutely fucking horrible — the worst-case scenario,” Metro Times publisher Chris Keating said. “Never in our wildest dreams did we anticipate this, and we are heartbroken to have to let go of these hardworking and talented people. My hope is that in the very near future, we can go back to business as usual.”

Editor Lee DeVito tweets late Wednesday afternoon: "I’m heartbroken. I truly hope we can weather this and rehire everyone. Metro Times is by far my favorite place I’ve ever worked at and I love our team so much."

Among the casualties of the coronavirus crisis in Detroit: The Metro Times. Maybe. 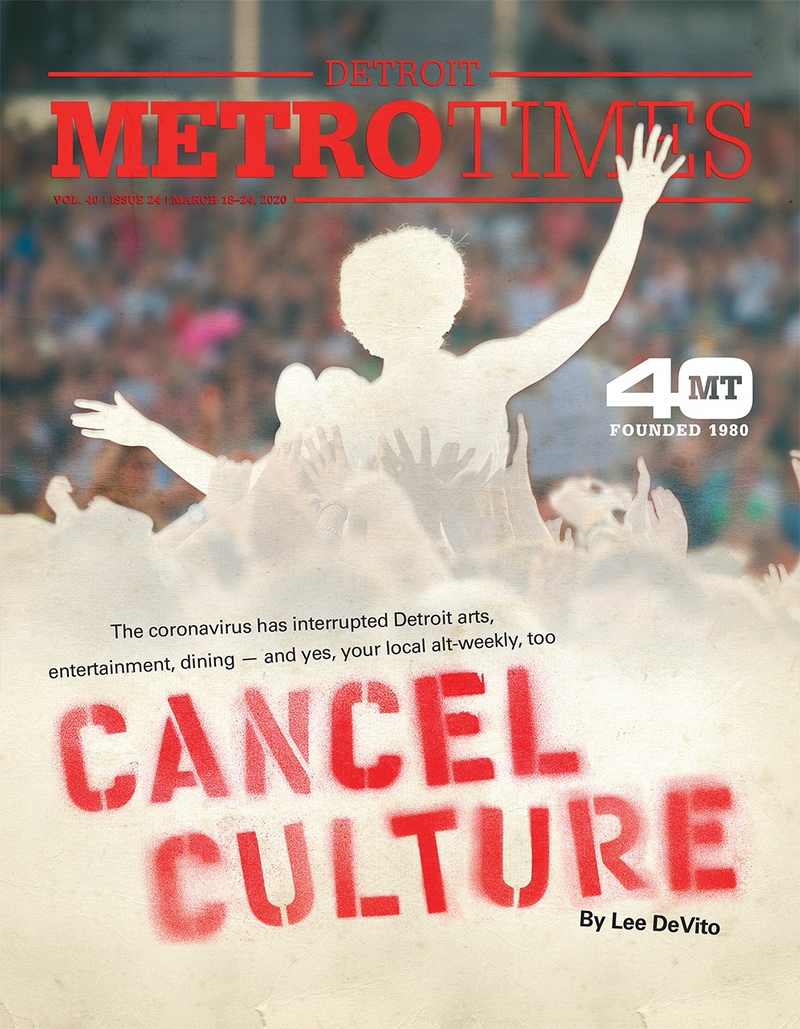 This week's cover refers to the sudden collapse of entertainment. (Photo: MT)

Editor Lee DeVito, in a story today on the site, writes:

To be honest, we’re not even sure if there will be an issue next week.

That's after warning readers that the alt-weekly, heavily dependent on ad dollars from bars, nightclubs, restaurants and other going-out spots currently shut down by executive order, will be "far lighter than usual" this week. The paper drops its print edition on Wednesdays.

The Stranger, Seattle's alt-weekly and at the center of the nation's COVID-19 outbreak, last Friday laid off 18 employees and suspended print issues under the same pressure, DeVito wrote in MT:

It’s the first time the alt-weekly hasn’t been printed in nearly 30 years.

DeVito tells the Detroit Free Press  Tuesday night that he, associate publisher Jim Cohen and owner Euclid Media Group had since determined to move forward with a print issue next week, finding ways to "get creative" with ad sales for now.