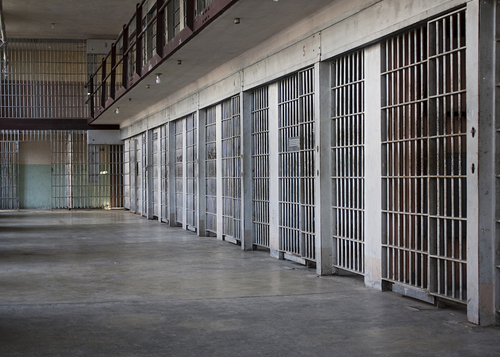 Local and state officials are looking at early release for select and medically vulnerable inmates amid growing concern that coronavirus will wreak havoc on jails and prisons.

However, advocates warn that immediate action is needed to avert an outbreak.

Correctional facilities, with tight quarters and limited sanitation options, are particularly susceptible to infectious diseases and could inundate local hospitals in the event of an outbreak. Already, a Michigan jail employee at the Detroit Detention Center has tested positive for the virus. Coronavirus has also begun to infect Wayne County sheriff’s deputies and Detroit police officers.

“Jails are a breeding ground,” said Detroit Justice Center legal director Desiree Ferguson. “It’s impossible for people to practice social distancing — they are literally piled up on top of each other. They have poor ventilation, poor sanitation, no access to hand sanitizer.”

A correctional facility outbreak also poses a threat to the public, said Detroit defense attorney Victoria Burton-Harris, who is, along with Ferguson, advocating for the release of some inmates from the Wayne County Jail.

“People cycle in and out of the jails on a daily basis,” she said. “So what you’re going to have is a germ hub that’s going to negatively impact the entire community.”

Oakland County Sheriff Michael Bouchard said he's been working with the courts to reduce that county's jail population, and a list of about 50 potential inmates is targeted for possible release. The county's chief judge is also recommending justices release defendants on personal bond when possible, meaning they can go home without posting bail.

Macomb County did not respond for comments from Deadline Detroit.

The Wayne County Jail has been reported to have cleanliness and maintenance issues. Sheriff Benny Napolean says deputies and inmate workers are wiping down the jails every couple hours in an efffort to prevent the spread of the virus.

At the state level, the Michigan Department of Corrections (MDOC) says it could consider freeing inmates to thin its prison population should the pandemic “continue for a long period of time.” Up to 5,000 of its nearly 38,000 inmates have served their minimum terms and may be eligible for release. Of that group, officials could consider for release those at greatest risk of becoming severely ill if they contract coronavirus and those who pose less of a threat to the public.

“We still have to prioritize public safety,” said MDOC spokesman Chris Gautz. “We’re not just going to wholesale release people we think are a danger just because there’s an issue going on on the outside.”

Michigan’s prison system has thus far taken a defensive approach to the illness, mandating temperature screenings of employees entering its 29 facilities, barring people with certain travel histories and ending visitations. Fever is a sign of coronavirus, though the disease can be transmitted by people who exhibit no symptoms.

MDOC says it has also staggered mealtimes to limit the number of people who can congregate at once and seats people farther apart in common areas.

Other parts of the country have already begun releasing inmates as a result of the pandemic. Los Angeles County and Cuyahoga County in Ohio have each released hundreds of low-level, nonviolent offenders. New York City on Thursday cleared for release 40 inmates at risk of becoming severely ill if they contract the virus.

A group of prosecutors from around the country, including Carol Siemon of Ingham County, are urging the release of non-violent inmates held because they can’t afford cash bail, elderly inmates, those with certain medical conditions, and those within six months of completing their sentence or incarcerated on technical violations of probation and parole — unless doing so would pose a serious public safety risk.

Prosecuting attorneys from metro Detroit have not signed on to the pledge.

“They’re paying lip service, telling the media they’re working hard,” said Burton-Harris. “Early this week the prosecutor’s office said it was going to provide a list of people it supports for release, but that list has still not been disclosed. They’re also still opposing the overwhelming majority of recent bond motions, and some of these people are non-violent offenders or chronically ill … they’re not only opposing bond — they’re filing motions to increase people’s bonds.”

Defense attorneys said they've been compiling their own list of clients who could be eligible for release and are awaiting Worthy's opinion. Cases where the two sides don’t agree will go before Wayne County Circuit Court Judge Timothy Kenny on Tuesday.

In a Friday statement, Wayne County Prosecutor Kym Worthy said her office has been "working on the issue of administrative release of prisoners non-stop," in light of the coronavirus outbreak. She noted "many stakeholders" must be consulted, including the courts, sheriff’s department, health department, and prisoners' attorneys.

"... Many of these individuals do not have health insurance, an identifiable doctor, or anyone to take care of their medical needs," she said. "They are currently getting medical care in the jail, and we cannot just release them without making appropriate arrangements."

None of the tri-county lockups have reported cases of the virus in inmates or staff.

MDOC announced an employee at the Detroit Detention Center tested positive for the virus Tuesday.

The facility holds adult pre-arraigned detainees arrested by Detroit police. Gautz said the worker was in contact with up to a dozen other staff members, who’ve been told to self-quarantine. They were not in contact with inmates since the time of exposure, he said.

Allan Lengel contributed to this report.