Michigan's Missing Mask Mystery: What happened to 225,000 the feds say they sent?

You've heard about "fell off the truck" items, but this is ridiculous. 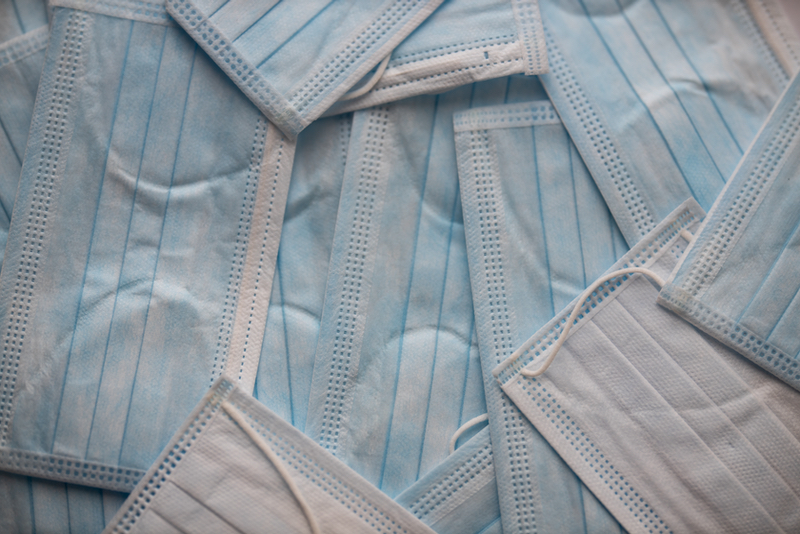 The state of Michigan accepted a shipment of surgical masks from the national stockpile to help in the response to the COVID-19 pandemic. But it was a little short.

Michigan received two shipments of supplies from the U.S. national stockpile to aid the state's response to the novel coronavirus outbreak, though state officials say they got 225,000 fewer surgical masks than the federal government claimed to have sent.

It was unclear Wednesday what happened to the missing surgical masks, but a spokeswoman for the Michigan Department of Health and Human Services said the issue had been acknowledged by the federal government's repository for emergency medical supplies.

"We don't know what happened to them, but we're obviously going to call over there and ask what their problem was because we were told they were shipped to Michigan," U.S. Rep. Paul Mitchell, a Dryden Republican, said Wednesday.

What's more, the light boxes were received more than thee weeks ago, on March 5, and this is the first Mitchell said he's heard of it.

Whether it was an invoice error, a screwup on one end or the other or something more sinister, no one knows. But fingers are pointing nonetheless.

Gov. Gretchen Whitmer has said the distributions from the federal stockpile have been inadequate. Mitchell says Whitmer's office has been unclear on what, precisely, it needs, even as it asks its representatives in Washington for help. And Rep. Debbie Dingell, D-Dearborn, says the country needs the Defense Production Act to make sure hospitals have the personal protection equipment, or PPE, that doctors and nurses there need.

Meanwhile, in Washington, President Trump said in a nationally televised interview this week that individual states have to "treat us well" to get what they need, saying the federal government is "not a shipping clerk" for states.

In other equipment news, Beaumont Health issued a press release Wednesday afternoon, asking for donations from the public, including the home-sewn masks that some hospitals have been rejecting. The hospital said this Personal Protective Equipment is needed most:

The hospital will not accept medications, 3-D printed ventilator parts, food or blankets. Monetary donations are also welcome; see this page for details.

The drop-off location for donations is 29165 Ecorse Road, Van Buren Twp., at the following dates and times:

Check in at the front door with security for further directions. Donors who are not feeling well should wait before donating supplies or equipment.