The days grow grimmer. Social media feeds are filled with condolences, refrigerated trucks sit outside the county morgue in Detroit, waiting to capture a glut of bodies, and the worst is still to come.

Michigan health officials say 114 more residents died from the pandemic since Tuesday's report. That pushes the total to 959 since the first three deaths were announced three Wednesdays ago.

Overall, 20,346 people have been diagnosed with Covid-19 in this state, including an unknown number who've recovered. 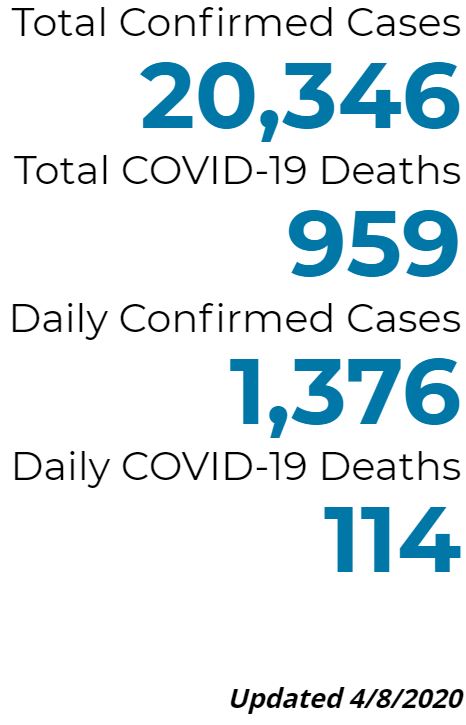 There's also a sign of a possible plateau or turnaround:

At the White House on Tuesday, coronavirus response coordinator Deborah Brix cited Detroit and Chicago figures when she said: "You're starting to see that we may be actually ... creating a much flatter graph, a much flatter curve. It really gives us great heart."

Detroit's cumulative caseload is 5,824 and its death toll reaches 251. Oakland County fatalities are close behind at 234, followed by suburban Wayne Ciountrty at 195.

The three metro counties, including Macomb, account for 85.6% of Michigan deaths from the disease.

Not everyone counted as diagnosed is in intensive care or even still affected. The rolling tally since the third week of March doesn’t reflect recovered and discharged patients.

Wednesday’s overall tally includes 16,259 patients from Detroit and its surrounding three counties (80% of the total).

Detroit's automakers waited to shut down as coronavirus began to spread in the U.S. Now, at least 18 workers across the country are dead, with the bulk of deaths concentrated in southeastern Michigan.

The Free Press provides a list of those killed:

Ford, GM, and FCA resisted UAW calls to halt operations even as cases began being reported in their facilities. Ford initially said it wouldn't close a factory until it had at least three coronavirus cases.

The America Civil Liberties Union of Michigan and a number of other organizations are suing the federal government over immigrant detentions in "crowded" jail facilities in Calhoun, Monroe and St. Clair Counties.

"Because there is no vaccine, cure, or effective treatment for COVID-19, the only known way to protect against serious illness or death caused by the novel coronavirus is social distancing coupled with strict hygiene, both of which are virtually impossible in a detention setting. For those reasons, correctional public health experts recommend the immediate release of those who are vulnerable to suffering the most acutely from COVID-19, as well as drastic reductions in the number of people detained."

Calls for Gov. Gretchen Whitmer to release elderly and medically vulnerable prisoners continue. Ten days ago Whitmer told reporters she was considering using her emergency powers to order releases, saying: "We're looking at our (prison) population ... with an eye toward the possibility of that."

The governor's office and Michigan Department of Correction would not provide a detailed status update this week, as the count of inmates infected approaches 300, and with two corrections officers and two prisoners dead. MDOC spokesman Chris Gautz said release talks are ongoing:

"The department is having regular and often daily conversations with the Governor’s office about the prisoner population, the parole/probation population, and the parole process as it relates to the COVID-19 pandemic. We are considering all options to ensure the safety of our staff and the offenders under our supervision." 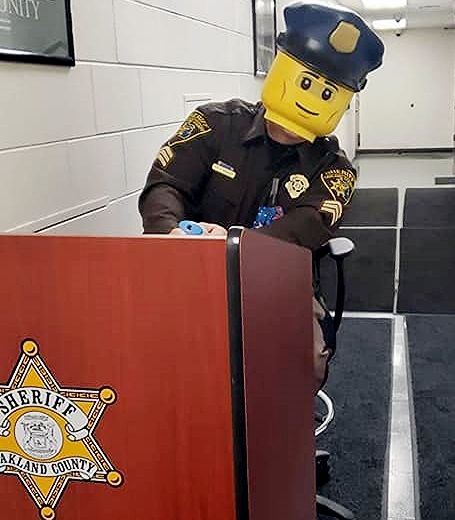 Screening with a grin at Oakland Jail

Employees start their shift with a grin at the Oakland County Jail, where every deputy and support staffer gets a touchless thermometer check upon arrival. Sgt. John Ashley greeted daytime colleagues them this way Tuesday, as Sheriff Mike Bouchard shows on Twitter. "Thank you for bringing some humor and levity," he posts. 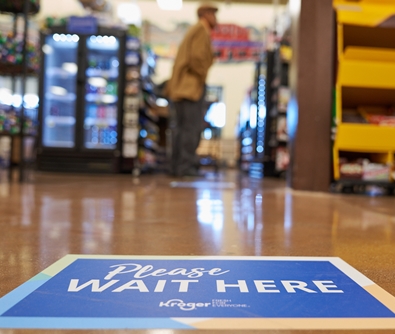 You may have to wait outside before Krogering at buysy times. The chain now limits the number of shoppers to half of each store's building code capacity "to allow for proper physical distancing," it says.

The supermarkets will use "QueVision technology, which already provides a count of the customers entering and exiting stores." Some sites also are "testing one-way aisles in select markets to determine their effectiveness as a measure to further support physical distancing."