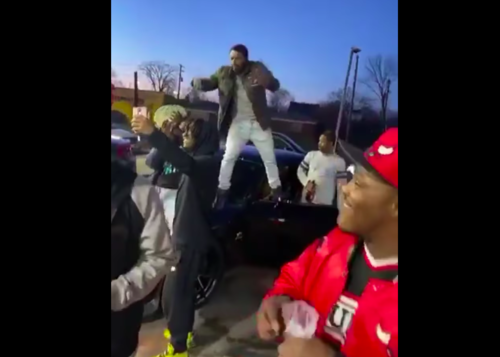 Detroit police have issued nearly 140 citations for alleged violations of Gov. Gretchen Whitmer's stay-home order in a crackdown intended to prevent further spread of the coronavirus.

Police handed out 56 misdemeanor tickets Wednesday as temperatures reached 70 degrees. Another 74 were issued last weekend. Each citation carries a $1,000 penalty.

Detroit climbed to more than 6,060 confirmed Covid-19 cases and 275 deaths on Thursday.

Officials discovered the events with help from tips from the public and live video surveillance feeds from approximately 700 Project Green Light partner locations.

Though the gatherings continue, officials backed off an initial threat to potentially close city parks, saying visitors are generally maintaining the six feet of distance required by the executive order. Police broke up a gathering of what they said were several hundred people in Rouge Park two weeks ago.

On Wednesday, White says 35 groups were order to disperse and 261 people were issued warnings.

The department's crackdown began Friday. Seven tickets were issued throughout the city prior to that, when penalties were $500. The state doubled the fine last week.