The writer, a lifelong Detroiter, is co-director of programs at The Michigan Roundtable for Diversity and Inclusion. He is a graduate of the University of Michigan School of Social Work.

The "hood" is the center of many conversations about why folks are not staying at home, as the virus continues to spread and claim lives across. But it is in the "hood" that people have been forced, socially and economically, to survive (not live) in their own world. 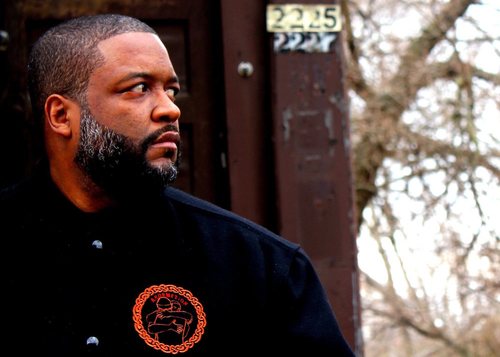 Yusef Bunchy Shakur: "We have learned to survive on leftovers."

Social distancing is not new to Detroit. Black people in the city have never been allowed distance from the poverty, poor health, violence, and systematic racism that followed the flight of more than 1 million white people to the suburbs in the last 40 years. This is because social distance, even in the time of the Covid-19 pandemic, is a privilege.

I'm not excusing people's behavior, but providing context to a complex situation.

People in the “hood” know what it is like to survive under extreme conditions and watch loved ones be claimed, for generations, by such viruses as police brutality, poor schools, food deserts and environmental oppression, not to mention mass incarceration, drugs and lack of resources. So, the "hood" is a cesspool of viruses that has claimed millions of lives, but who cares, when they have been socially conditioned to be dependent upon a damn liquor store to meet their essential needs?

Black people are spotted hanging out at parks, corner stores, and otherwise behaving as though it’s business as usual. Officials want to know why they don’t listen to the warnings, as Covid-19 continues to spread and claim lives across Detroit and the state at a rapid pace.

We know there is no social distance for many of Detroit’s workers, whom the public finally see as “essential.” Many are Black people whose livelihood is tied to them staying in close contact with people who may be sick. Even if they do not get Covid-19, they will be forever traumatized.

But there is another reason that social distance is easier for some than others: Social connection for Black Detroiters has for years been a matter of survival.

Survival for Black Detroit is tied to our social development, rooted in our collective oppression and discrimination, that crosses gender and economic lines. Hanging on corners, barbershops, malls and salons high-fiving, laughing, sharing hugs and sharing a good ol’ time is part of how we interact, because these gatherings were outlawed once in this country.

Our communities know what it’s like to survive under extreme conditions. We have learned to survive on leftovers.

Many lives have been lost, but Black Detroiters have always made a way out of no way because Detroit is a Movement City. Black Detroiters have been organizing resistance to corporate greed, violence and oppression for nearly a century. If we want to prevent this from happening in the future, white America must not keep Black people at a social distance ever again.