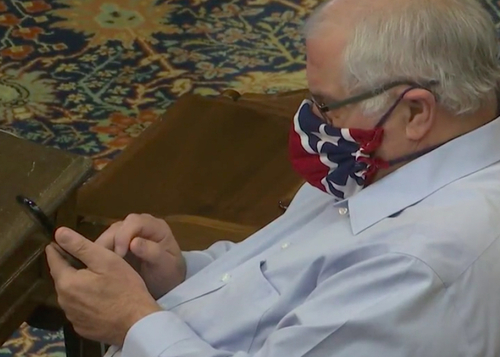 My actions were an error in judgment for which there are no excuses and I will learn from this episode.

On Twitter later Saturday, Lt. Gov. Garlin Gilchrist says: "As the first Black president of the state Senate, it was appalling and disgusting to see a confederate flag chosen as the face mask by a sitting state senator."

Michigan state Sen. Dale Zorn told his wife that the Confederate flag-patterned mask he wore on the floor of the chamber would "probably raise some eyebrows," but he wore it anyway, perhaps because he represents a part of the state (Monroe and Lenawee Counties) where the stars and bars of the Confederate flag is no big deal. 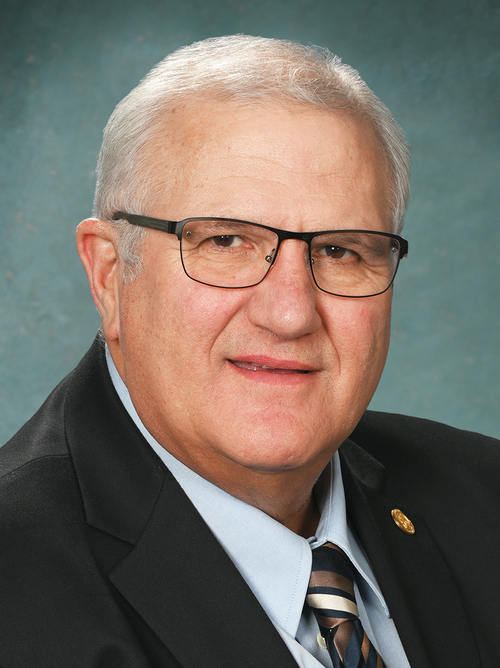 Sen. Dale Zorn, R-Ida: "Kids should know what that flag stands for."

But when faced with a TV reporter asking about it, Zorn first said it wasn't a Confederate flag at all, then melted into babbling, and it was a thing of beauty.

Kiyerra Lake of WLNS in Lansing handed Zorn a shovel. He enthusiastically started digging his hole even deeper:

"And if we want to make sure that the atrocities that happened during that time doesn’t happen again, we should be teaching it. Our kids should know what that flag stands for.”