Video: Black rifle carriers at Michigan Capitol make a point without a protest this time

It was turnabout time Wednesday morning at the state Capitol, where three rifle-carrying men escorted Rep. Sarah Anthony into the building for a House Appropriations Committee meeting. They and the Democratic lawmaker are African American.

Six days after armed Michigan Militia members made global news with an aggressive anti-quarantine protest on the Capitol Lawn and inside, the trio walked with Anthony across Capitol Avenue from her office and into the building, reports Kyle Kaminski of Lansing City Pulse. (See 32-second video below.)

They left to quietly stand on the front steps after Anthony made it inside an elevator.

"We want to change the narrative, first of all. We want people to understand that people of color can come out here with guns just the same as anybody else can," said Michael Lynn Jr., a black Lansing firefighter and community activist who helped organize Anthony’s security detail. 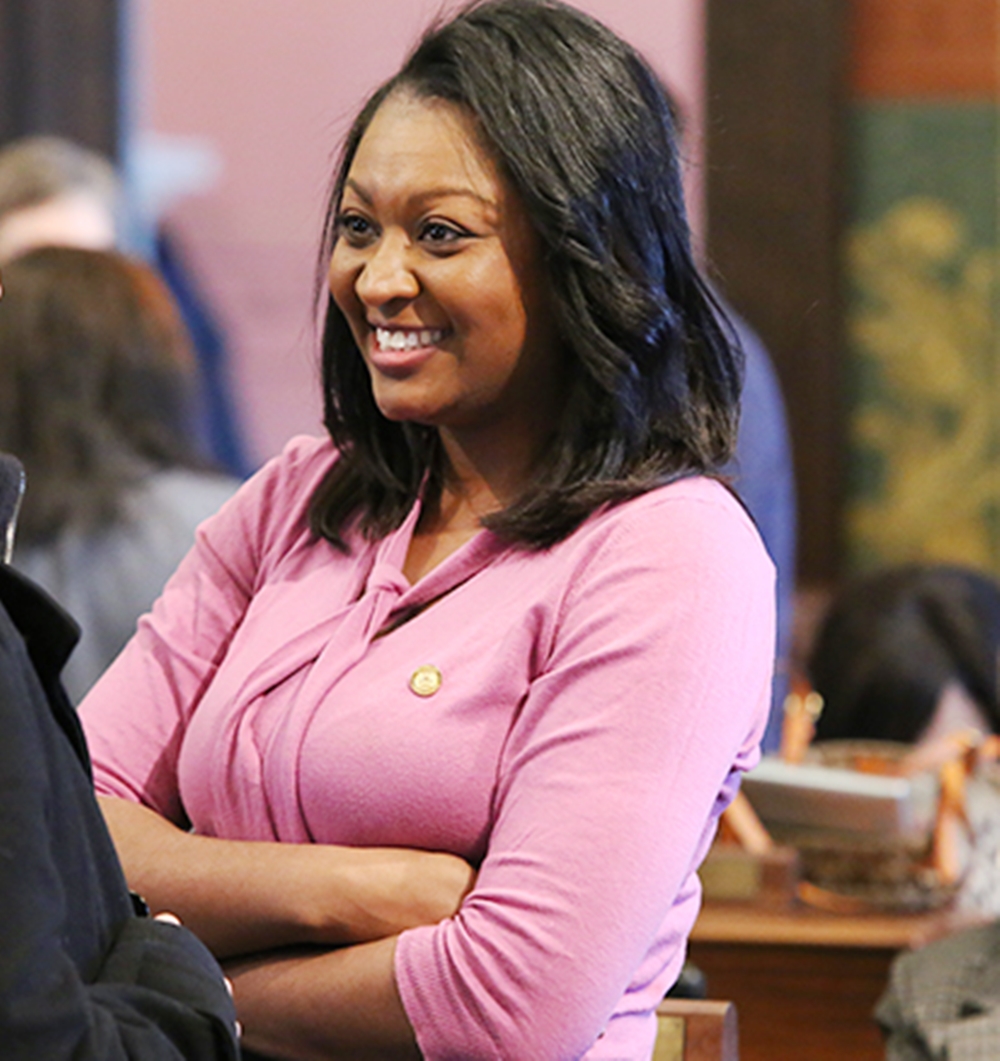 The reporter also speaks with the first-term lawmaker, who chairs the House's Democratic Caucus. "These community volunteers today won’t be needed all the time, but they wanted to have a presence today," says the former Ingham County Commissioner, who represents Lansing and Lansing Township.

Anthony is among lawmakers suggesting a ban on firearms inside the Capitol, except for law enforcers. At minimum, she tells Kaminski, only handguns should be allowed for those with a concealed carry permit.

"I will be advocating for a change, at the very least, to ban open carry inside the building. ... I don’t think we need to be intimidated with large firearms while we’re doing our jobs. ...

"The fact they were carrying guns openly [in an overhead gallery] while we voted was unnerving."