Yes, the irony here is deep enough to slice with a scalpel.

According to federal prosecutors, Dr. Farid Fata victimized 553 patients, ordering at least 9,000 unnecessary infusions or injection -- including chemotherapy for people who did not have cancer.

Fata pleaded guilty [in 2014] and was sentenced to 45 years, but because of coronavirus, he wants to be released early. ...

According to a motion filed on his behalf, Fata feels he should be released early because of his “deteriorating health,” which includes "type 2 diabetes, gastro intestinal bleeding and early dementia." The motion also states Fata is at significant risk of infection because he is 55. 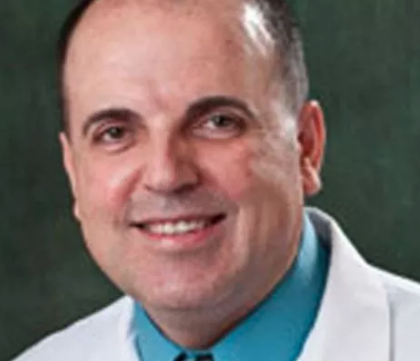 No way, says Geraldine Parkin, whose husband's cancer was in remission when Fata -- called "Doctor Death" by critics -- continued treatments for about nine months.

"He took an oath, broke the oath, he has no remorse," Parkin said. "The only remorse he has is becuase he got caught."

Fata, a Lebanese immigrant who lived in Oakland Township, bilked Blue Cross/Blue Shield and Medicare of about $34 million by prescribing chemotherapy to cancer-free patients while over-medicating others at his five Detroit-area hematology and oncology clinics. The case was one of the largest health care frauds in American history.