Kasandra Diaz has a huge reason to become a Cavaliers fan, even though she lives in Delray Beach, Fla.

The 18-year-old restaurant server got a 609% tip from basketball star Andre Drummond, traded to Cleveland in February after eight years with the Detroit Pistons.

The 6-foot, 11-inch center had Sunday brunch with a woman and young boy at Che Restaurant, a waterfront spot with Argentine and Spanish dishes. The tab was $164.25 and the four-digit gratuity was a cool grand -- $1,000.

When Diaz went back to confirm that wasn't a mistake, she says he told her: "Of course, no problem. You were amazing," according to the Sun-Sentinel local newspaper. 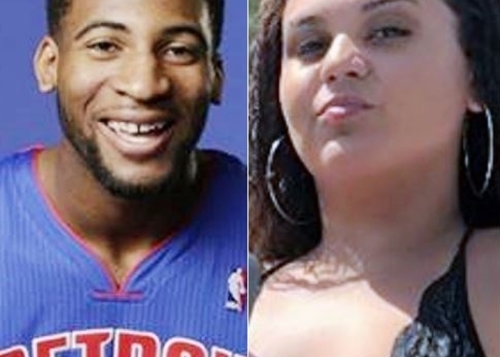 Diaz, who hadn't recognized the celebrity guest, posts on Instagram:

Today, started off as slow day at work ... for my double shift. The past week, overall, has been pretty slow, of course, due to Covid. Restaurants and staff have been struggling, as you can imagine.

Little did I know that today I would get a tip no server would guess that they would ever receive when they open that check book. Unknowingly, I seated and served a table with Andre Drummond I had no idea who he was, and hadn’t seen him here before, but we at Che Ddelray always welcome our new customers. When I was given the checkbook, I went to put in the tip and information to close the table and I couldn’t believe it.

I didn’t want to draw attention, but at the same time I couldn’t describe the the amount of appreciation I had/have. It's so amazing to see people displaying acts of kindness in these uncertain times.

This is a story I will never forget. Thank you again so much, Andre Drummond."

The 26-year-old was a 2012 first-round draft pick by Detroit. He earns more than $24 million a year from the Cavaliers, owned by Dan Gilbert, and has endorsement deals with Nike and other brands that add $1 million a year to his earnings.