Crain's Detroit Business is reporting that Dan Gilbert's organization is teaming with "one of Chicago's most prominent residential high-rise developers" to goose construction of the planned tower on the J.L. Hudson's site downtown. 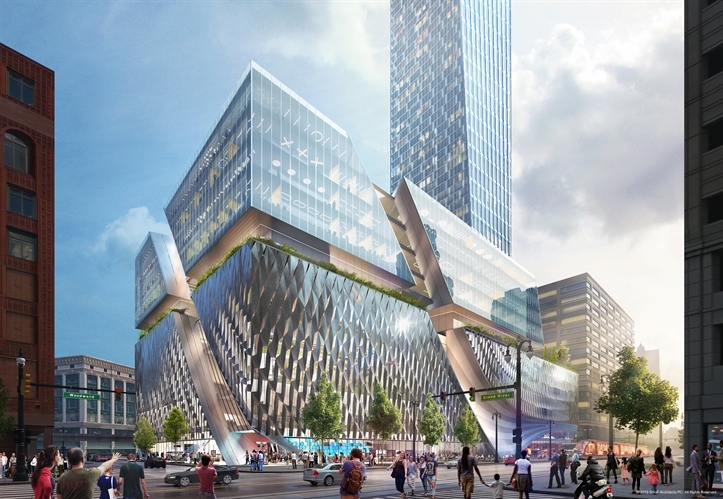 The addition of Chicago-based Magellan Development Group LLC as a development consultant to Dan Gilbert's skyscraper project on the site of the former J.L. Hudson's department store downtown adds high-profile development experience and firepower to the project.

But it comes as the Hudson's redevelopment has been beset by delays, cost increases, and shifts in design and programming in Bedrock LLC's first attempt at a skyscraper in a city that hasn't seen a new one in nearly 30 years.

The Hudson's site remains a hole in the ground on Woodward Avenue. The planned tower was once going to be Detroit's tallest building at 900 feet, but was re-designed to be 680 feet, putting it below the Renaissance Center's tallest tower.

Magellan will not have an equity stake in the project. And it has credentials at high altitude:

Magellan is responsible for the Windy City's third-tallest building, the roughly 1,200-foot Vista Tower wrapping up construction on Wacker Drive.