The writer, a retired homicide investigator, spent 34 years in the Detroit Police Department and Michigan State Police. He's currently on Starz TV's "Wrong Man," which tries to show the innocence of people wrongly convicted of murder.

I spent my life as a police officer, true blue through and through, which used to be a proud thing to say. It was my badge of honor.

You know, the kind of stuff that makes you feel like you’re somebody important. I needed that. I went from a kid who grew up on 12th Street in Detroit and feared the police, to wanting to be the police. I wanted to be the good guy. I wanted to be someone my family would be proud to speak about. 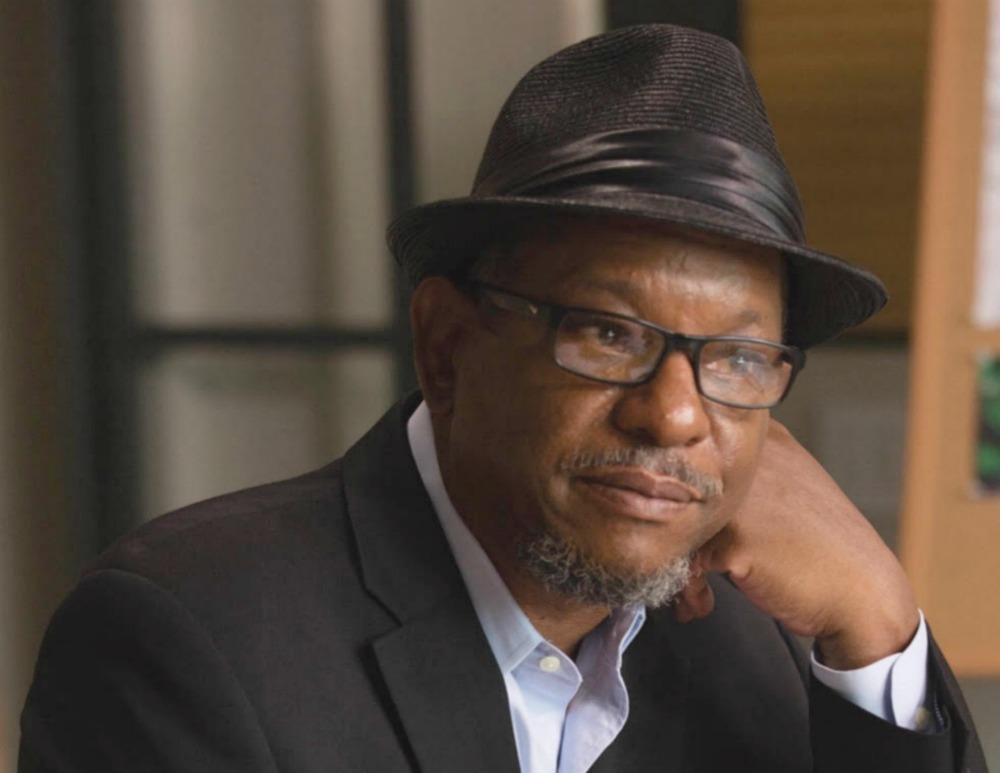 When I started my career in law enforcement nearly 40 ago, even before DPD, I learned cops were heavy-handed and quick to provide "street justice" if given an opportunity.

Let’s keep it real. (I wouldn’t be me if I didn’t.) As a rookie, I was taught that if someone physically resisted arrest, and caused a cop to bleed, you'd send them to the hospital. Let’s keep it real, my fellow old street cops. That was decades ago.

I know I’m crossing the thin blue line, but It wouldn’t be the first time. Right is right and wrong is wrong.

Truth is: Police abuse was wrong then and is wrong now.

Throughout the years, law enforcement recognized these methods of policing were ineffective, and officers started to receive better training in cultural diversity and neighborhood policing. We had to become a kinder, gentler police agency. The times had changed. Law enforcement had to adapt to community policing.

We are better today because everyone doesn’t hate cops. In fact I know, a lot of folks who support us. And all white cops don’t hate black people. Let’s keep it real. I’m not selling out; I’m keeping it real -- old-school truth.

Cops were respected and feared, back in the day. We had aggressive choke holds and take-downs. We were taught to be physical. A smart mouth could get you a busted lip. Some of the gang members would even thank cops, privately, for kicking their butts and letting them go instead of leaving them with a criminal record that would haunt them forever. It was called street justice.

Don’t get me wrong. I’m not talking brutal beatdowns (those were reserved for the folks who'd spit on you), but a smack upside the head or a hard tackle was sometimes the only punishment you'd receive if you ran from the police for something nonviolent. 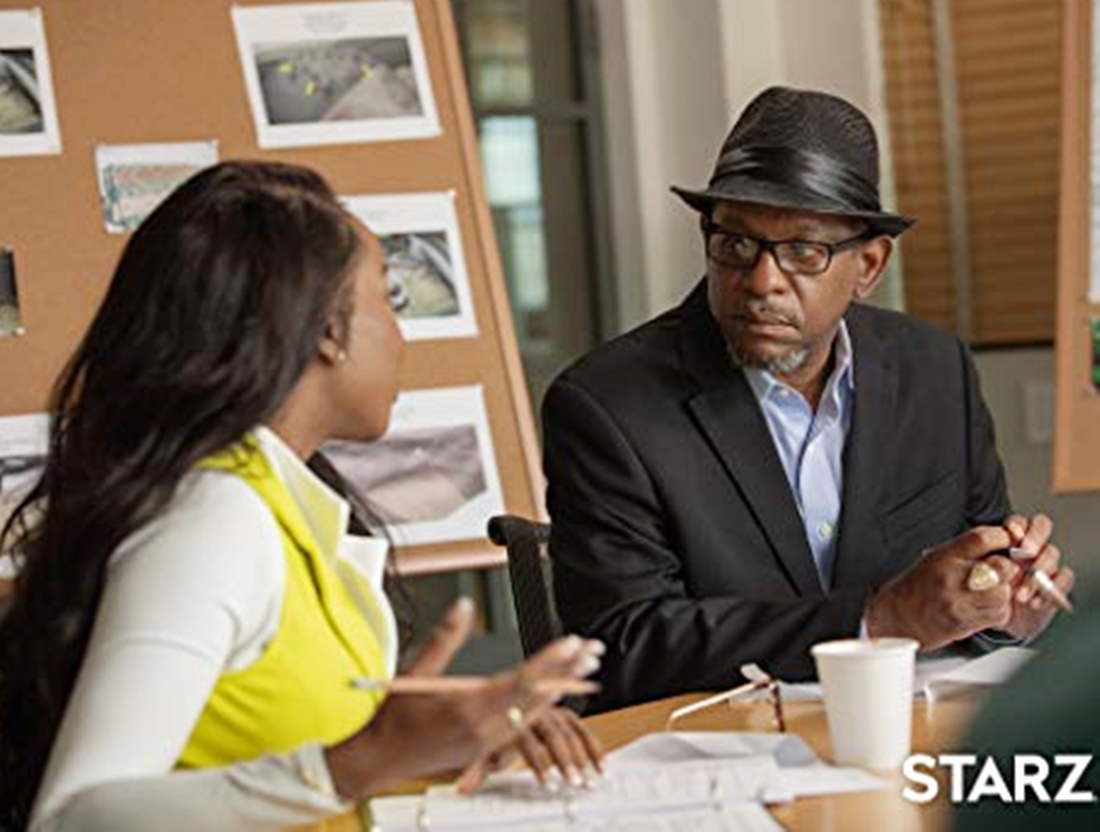 Ira Todd on the set of 'Wrong Man' this season. (Photo; Starz TV)

Make the police chase you, and you got a little something extra when apprehended. Those were the rules of engagement back then.

This was the '80s and '90s, when crack cocaine was on just about every corner in certain neighborhoods. Kids were being gunned down in the drug war. Jail or the hospital -- those were your only options if you got caught slipping and wanted to put up a fight.

If an arrested suspect invited you to a fist fight, you'd take the cuffs off and settled it on the streets. Let’s keep it real. Old school cops were physical. It was taught and learned behavior. A hard look from a suspect could earn him a smack in the mouth. White cops did it, and black cops did it as well.

In some areas of Detroit, cops had to earn their reputation. If criminals saw any sign of weakness, they would try you. You could die out there, and a lot of my family in blue were killed in the line of duty. It’s a tough job, a tough life. Most cops leave the job a little damaged, a very different human being.

I’ve worked with black cops, white cops, fat cops, skinny cops, and one thing we all have in common is fear and anger. Walk in a cop’s shoes and you would, too. Truth be told, a lot of police are tired of being spit on, talked down to, ignored, publicly disrespected and executed.

And some are killed for just being cops. We're human too. We make our living saving lives, not taking them. That's the way it should be.

On the other hand, a lot of people are sick and tired of being treated disrespectfully by cops, by seeing people who look like them being killed and treated like animals. Our country is losing control, people are afraid and angry. Police are no different.

Any cop with black children will have that talk with them, about how to act when interacting with the police. We tell them, "no sudden moves." We know there are bad cops out there, scary ones, but there are a lot more good ones who fight for everyone's rights. 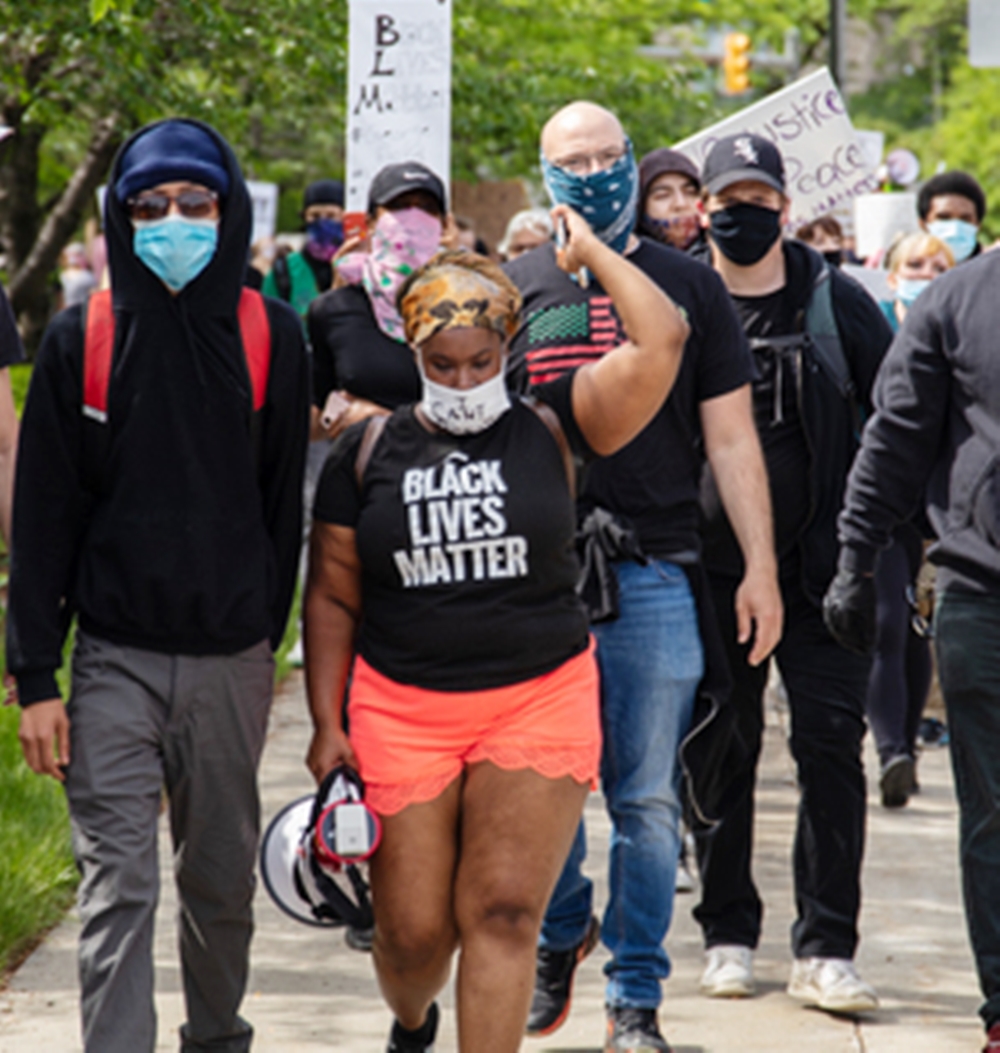 It’s 2020, in the middle of a pandemic; people are fighting to live.

You want my honest opinion? Derek Chauvin, I know, will be judged by society, the courts, family and his peers. A man died in his custody, with probably over 100 pounds pressing into his neck. Who should die like that? Who has the right to take a life?

The officers failed to de-escalate the force necessary to effect the arrest. They had physical control as he begged for his life and they could have de-escalated, just by sitting him up in a cuffed position. Kneeling into a man’s neck for several minutes, ignoring his cries to live, and he dies as a result, was avoidable and a tragedy. Based on the limited facts we have so far, how can this be explained away?

It's time to do better

We haven’t seen all the facts and I can’t rush to judgment, but from what I know so far, there were alternative options and a man could still be alive.

George Floyd's death was unnecessary. As a black man and lifelong police investigator, I am saddened. I am sickened. I am tired of seeing black people or people living in the poorest neighborhoods being treated differently.

We have to ask ourselves: If George Floyd was your brother, son or family member, would you want him treated the same way?

The '80s are over. It's time to learn a new behavior in law enforcement.

We can’t rule with an iron fist. On the other hand, you don’t want officers to stop responding.

Fear, and anger and the indignation of it all could have been avoided in many ways. Now, several lives have been destroyed.

I stand strong with our guys in blue. As tough as the job is, I’ve seen police who once ruled with an iron fist change. Cops are becoming more empathetic and professional every day. Even when provoked into confrontations, police are constantly being trained and retrained on better methods of policing.

A word of advice to the next generation of law enforcement: Treat everyone with respect, even when you’re being disrespected. Be a professional.

Fellow citizens, can you stop blaming every cop for the reckless and deadly behavior of another? There are a whole lot of good ones doing the right thing.

But the ones who aren't, need to go.