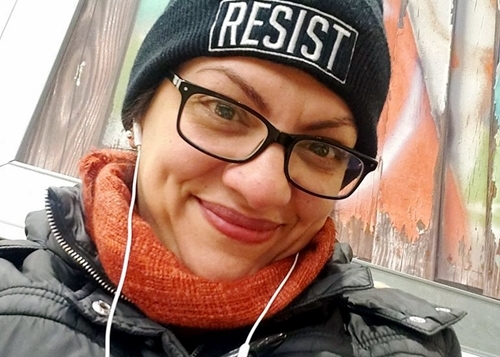 Her tweet came in response to Trump's comments on Twitter about Minneapolis, referring to some demonostrators as "thugs" and warning "when the looting starts, the shooting starts."

When someone tells you who they are, believe them. The Impeached President is a violent white supremacist. https://t.co/O93PJaSleM

The president tried to explained his tweet Friday afternoon.

Looting leads to shooting, and that’s why a man was shot and killed in Minneapolis on Wednesday night - or look at what just happened in Louisville with 7 people shot. I don’t want this to happen, and that’s what the expression put out last night means....