One person is dead and dozens have been arrested following a night of raucous protests in Detroit over the police killing of George Floyd in Minneapolis.

What began as a peaceful afternoon demonstration against the 46-year-old's Memorial Day death gave way to violence as protesters smashed police car windows and threw rocks at officers. Police in riot gear responded with violence, with at least one officer captured on video running at a protester and punching him in the head. They used gas canisters to disperse the crowds.

By the early morning hours Saturday, police initially reported that a 19-year-old was shot dead when someone inside a grey Dodge Durango pulled up and fired into the crowd. The car sped off and the teen died in the hospital, they said. A suspect was not immediately identified.

Police revise the account later Saturday saying the victim, a 21-year-old Eastpointe man, was a passenger in a Dodge Caliber in a parking lot near Congress and Randolph. When an unidentified man walked up to the vehicle, the victim and two other men in the vehicle got out and began running, according to the new police statement.

The gunshot victim died after being taken to a hospital.

An organizer of an original protest march that began in late afternoon, Tristan Armond Taylor, posts on Facebook: "I know someone who actually saw the incident and described it as a personal dispute between two people not connected to the event. Downtown was pretty crowded with people walking around and driving, so if you think the only people downtown were protestors that's just wrong."

At least one other protester was shot, a family friend of the victim's tells Deadline Detroit. Their condition is unknown; a police spokeswoman was not able to immediately confirm the incident.

The demonstration began outside Detroit Public Safety Headquarters near downtown Detroit and eventually swelled to more than 1,000 people. The crowd thinned as the night wore on, moving across downtown and the riverwalk toward Greektown. Some protesters were still out after 1 a.m. as police continued to deploy gas canisters.

After about 45 minutes of quiet in downtown #Detroit, about 100+ protestors have assembled at Campus Martius as a Detroit Police Officer yells “go home, 8 Mile is that way.” @wdet pic.twitter.com/nargguHNPc

Of the more than 40 people arrested, three-fourths were from outside of the city, Detroit Police Chief James Craig said. The racial makeup of the crowd was mixed, with many young white people involved. As 2 a.m. approached, someone, reportedly a police officer, was heard in a social media video telling demonstrators "Eight Mile is that way," in an apparent reference to the suburbs.

Craig said Thursday he believed the officer who killed Floyd should be charged with murder.

The following photos are by Deadline Detroit photojournalist Michael Lucido. 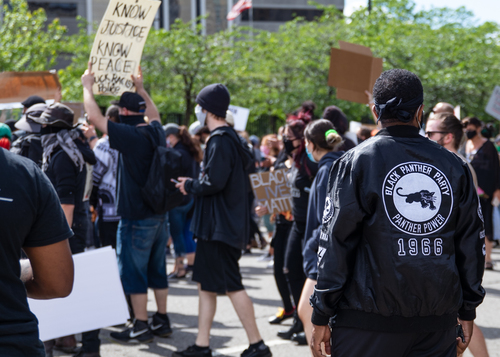 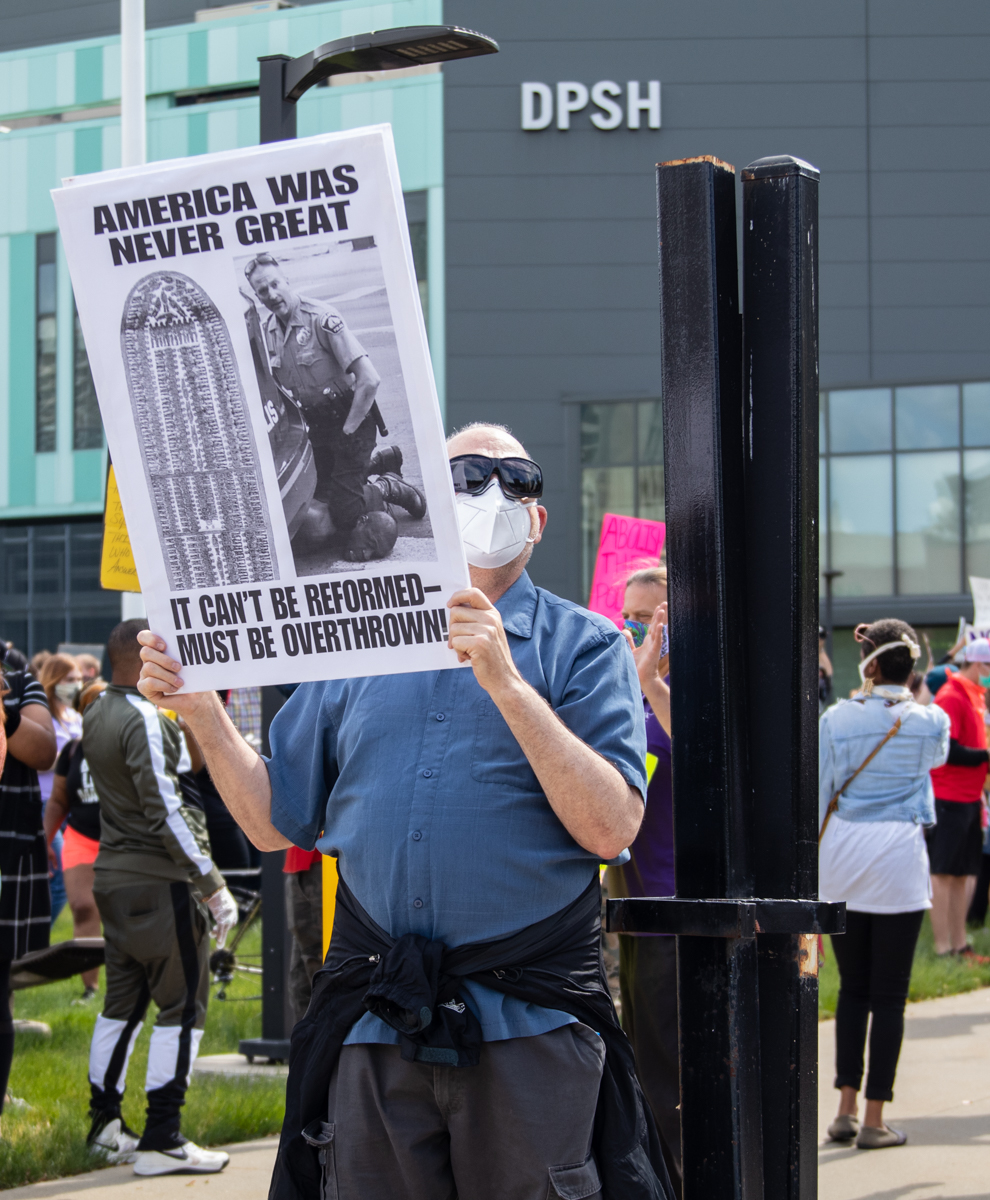 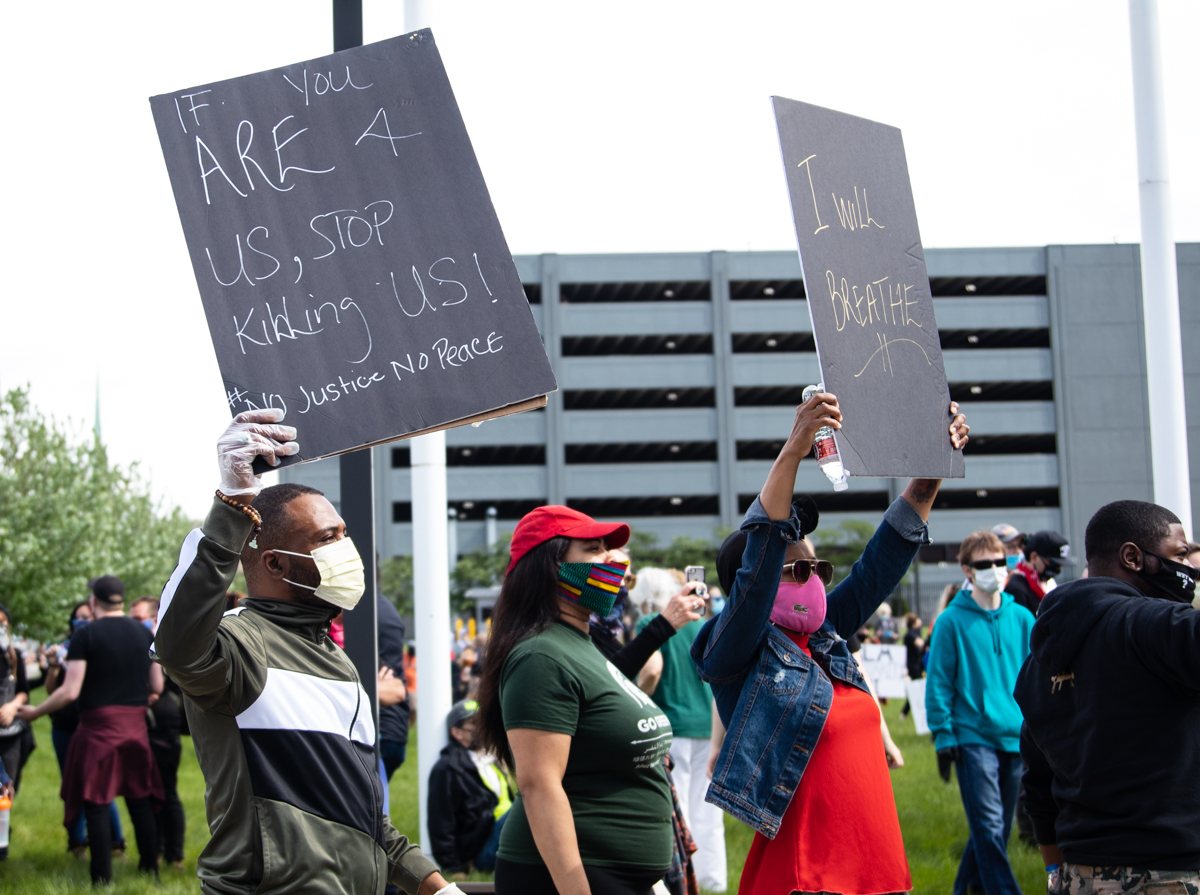 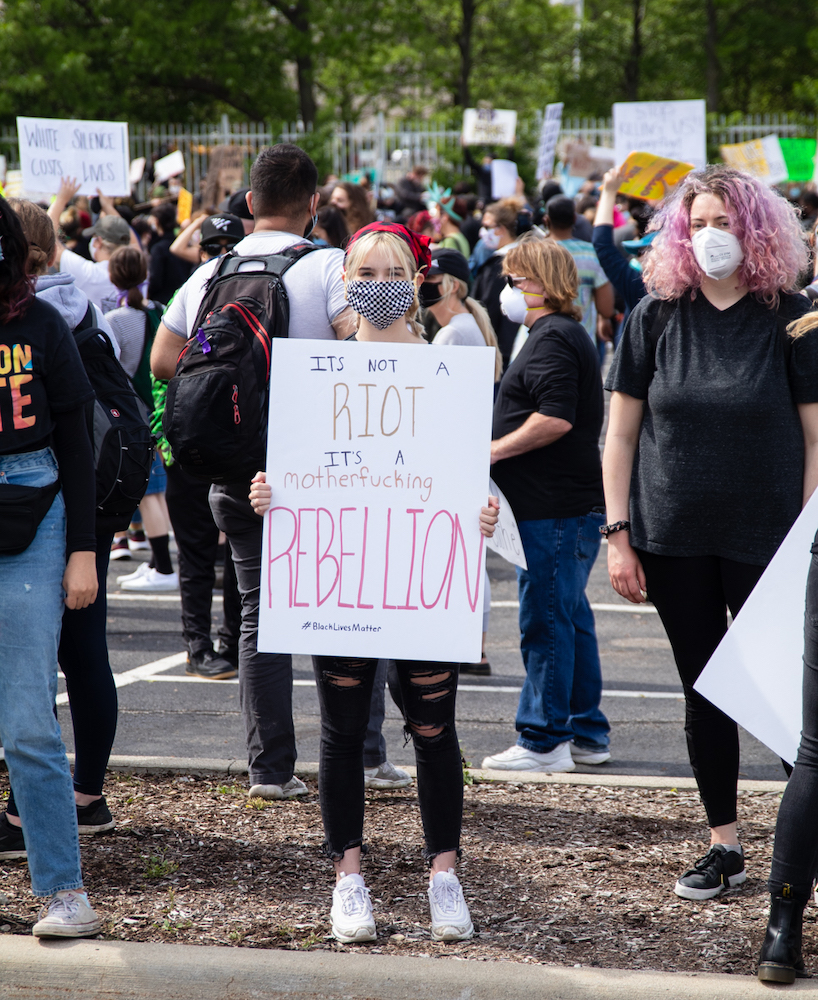 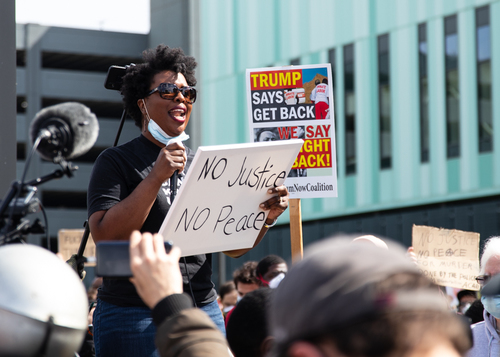 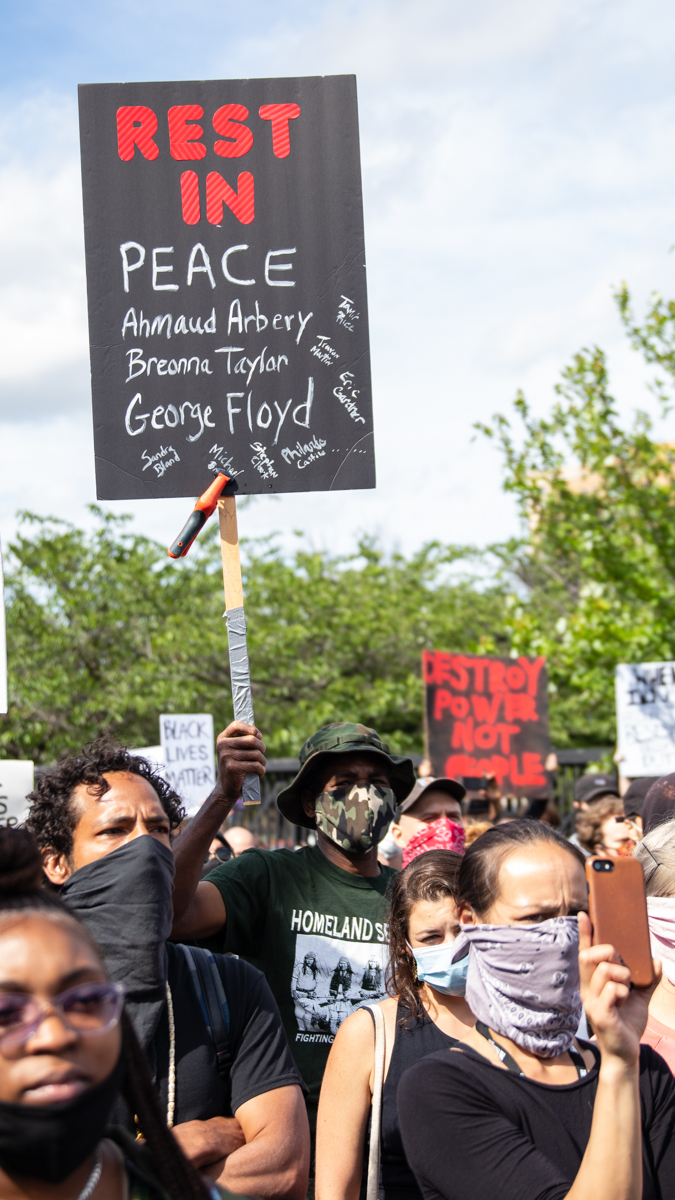 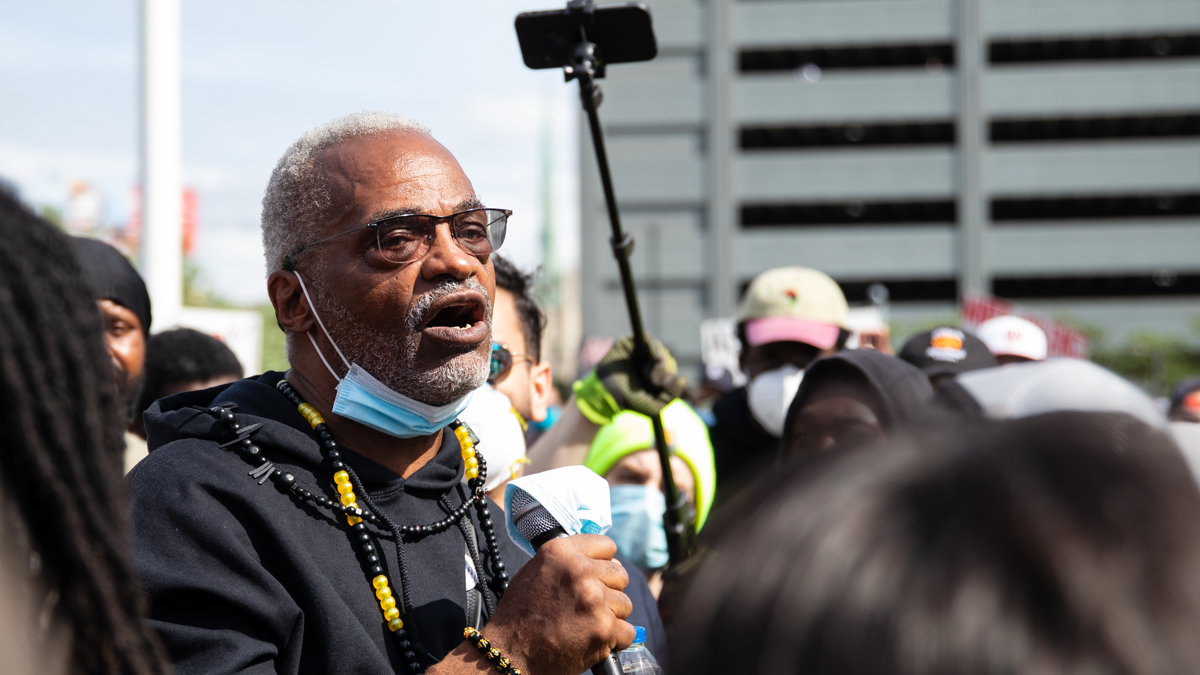 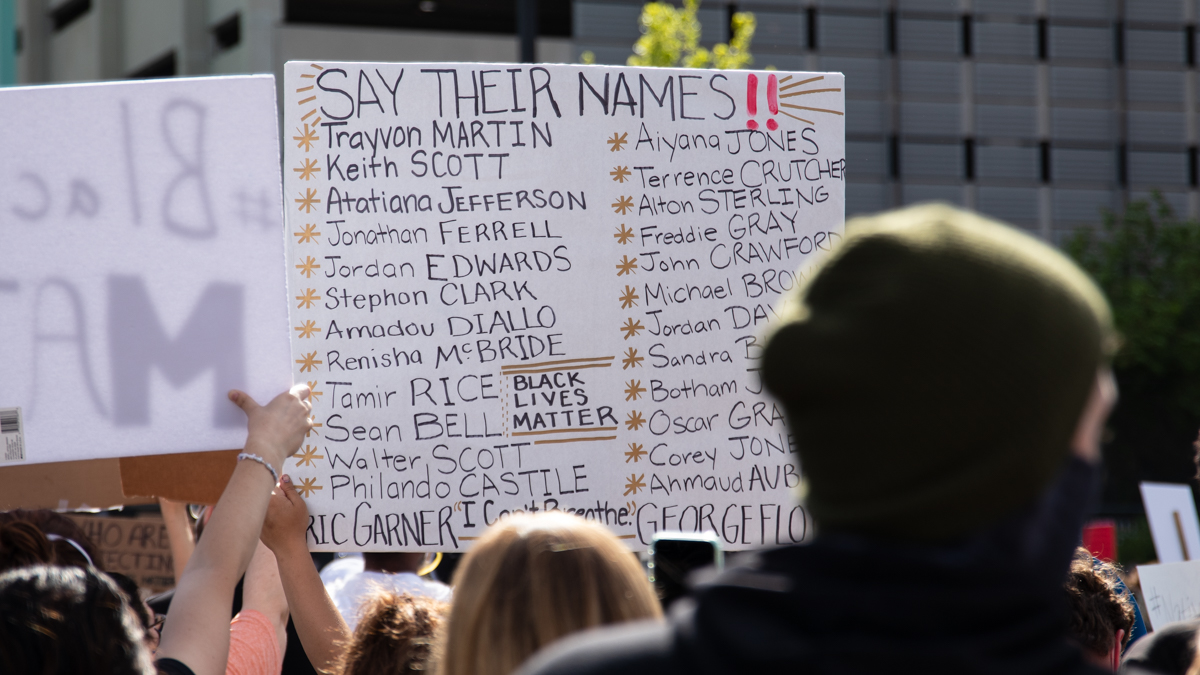 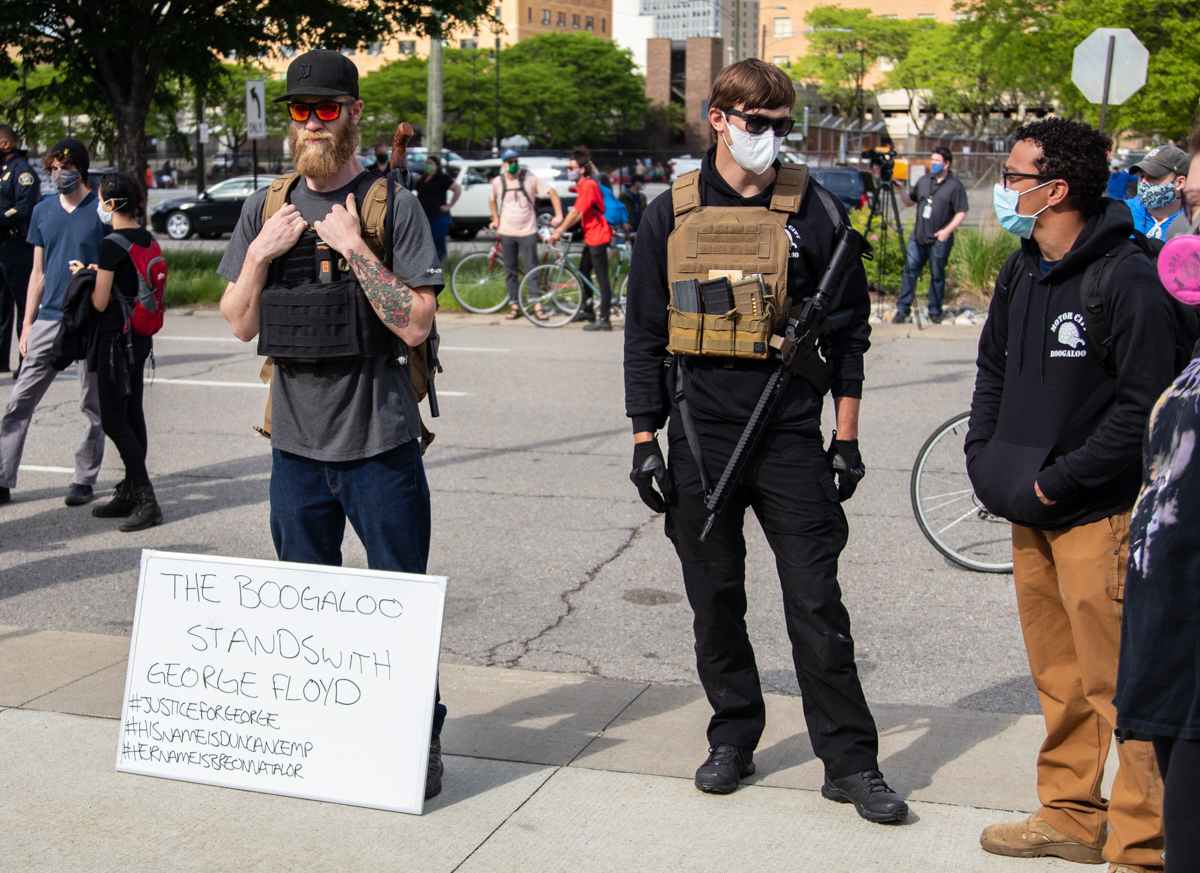 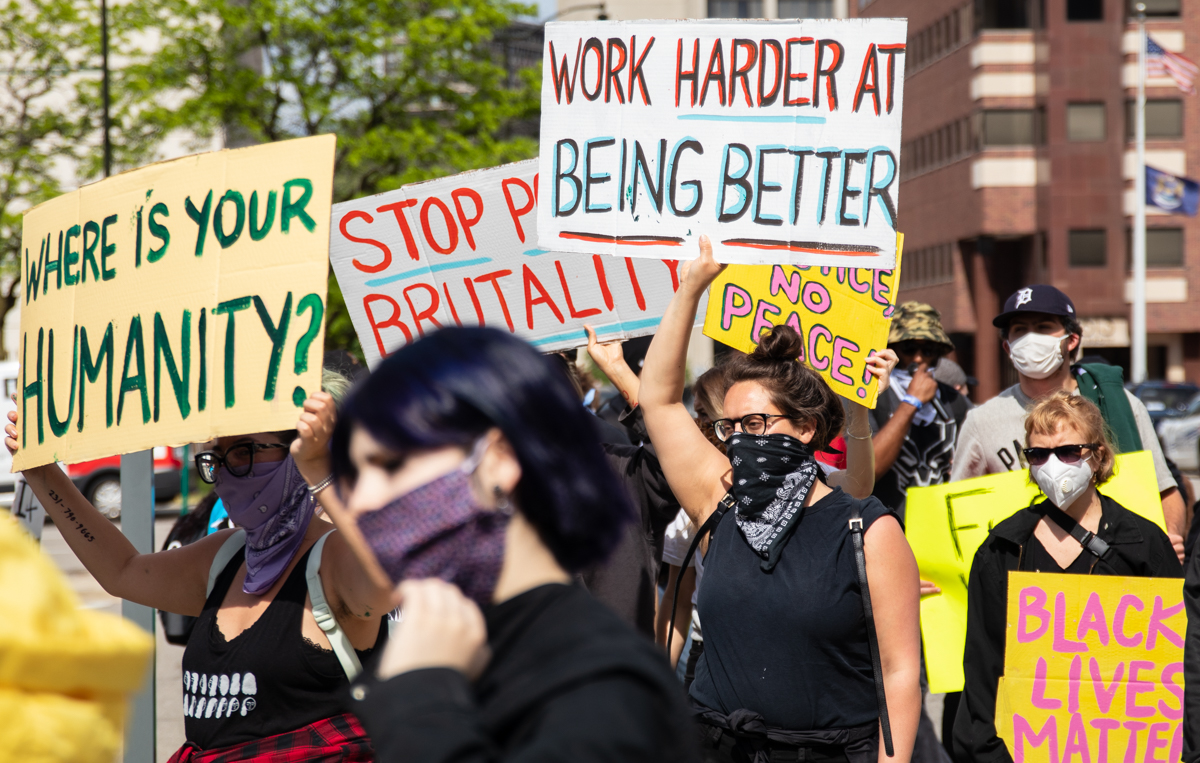 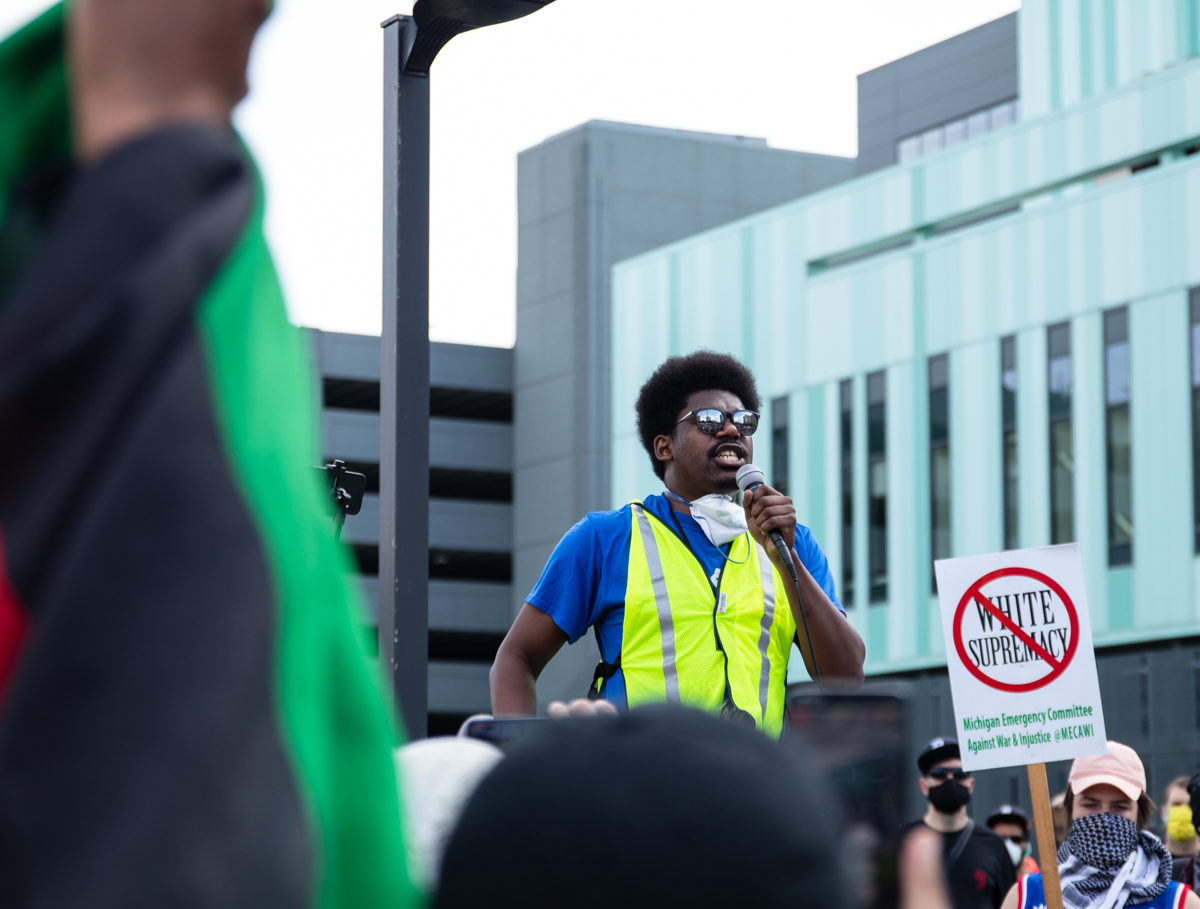 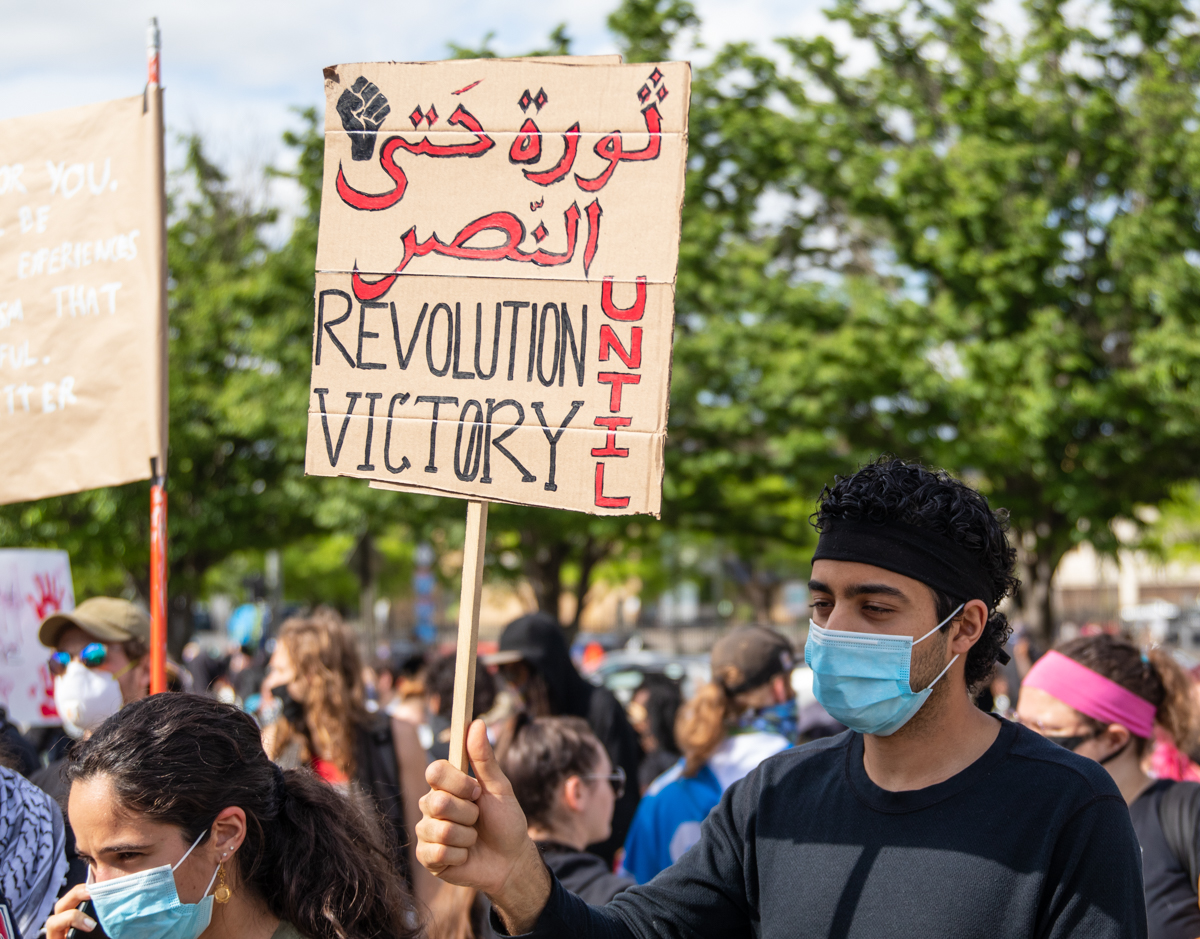 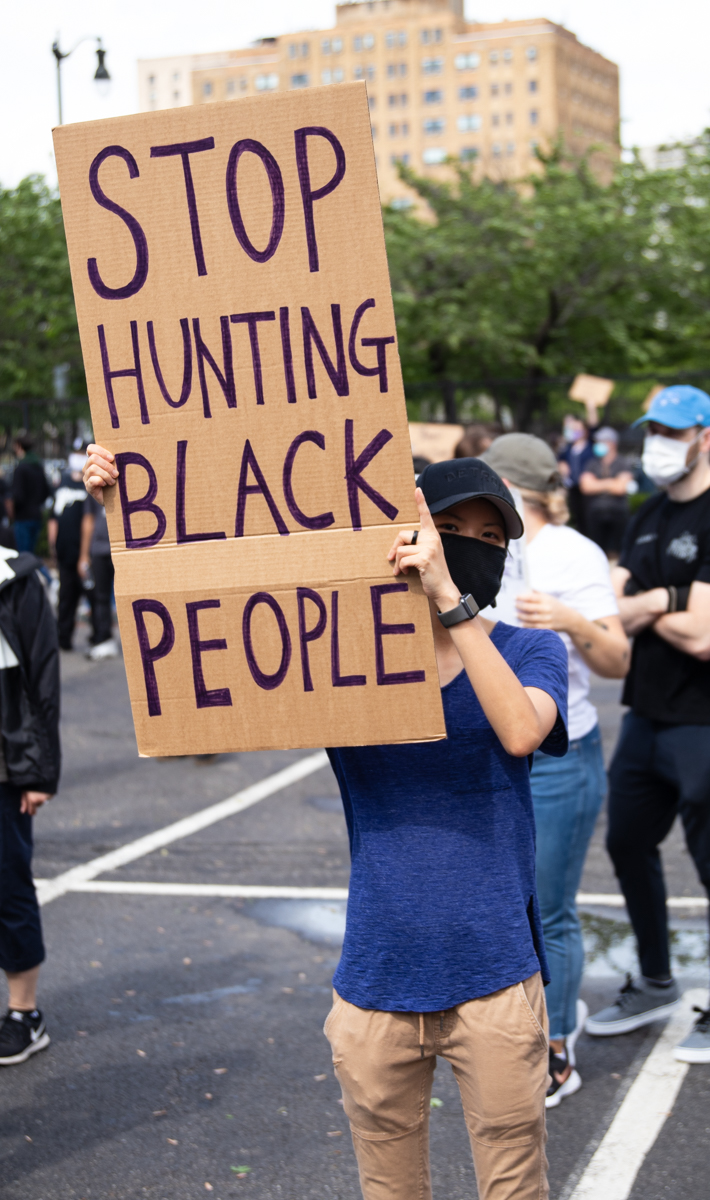 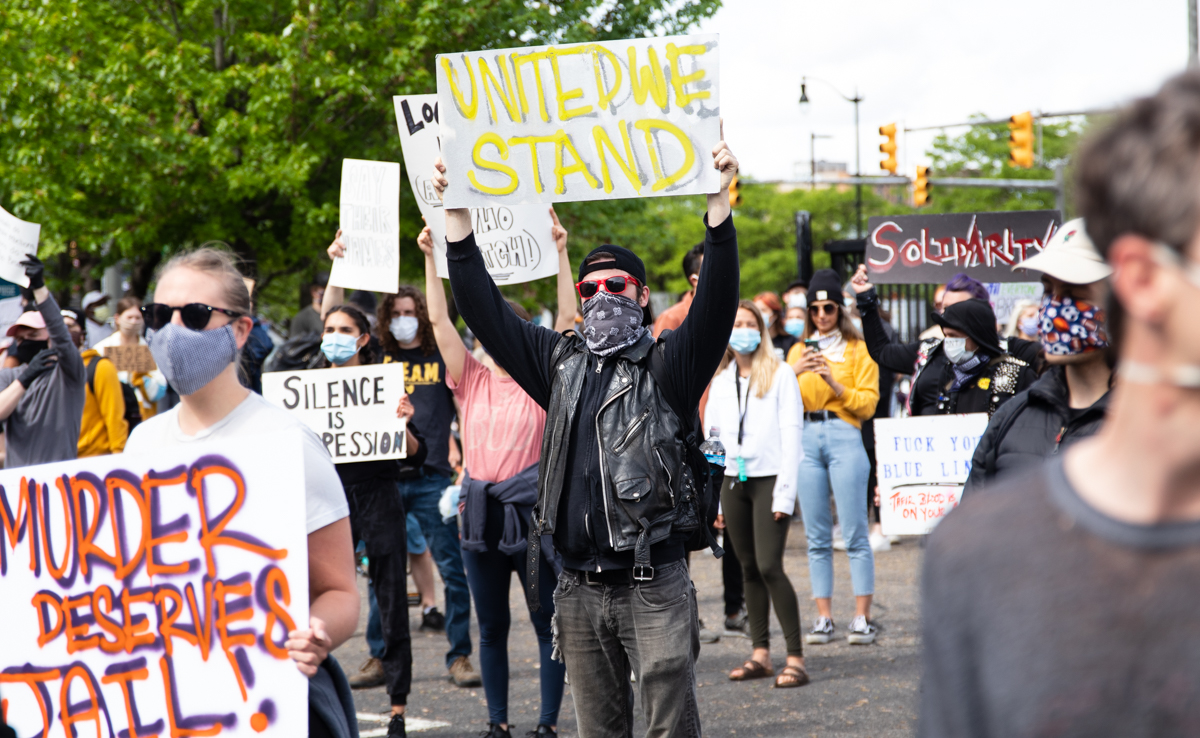 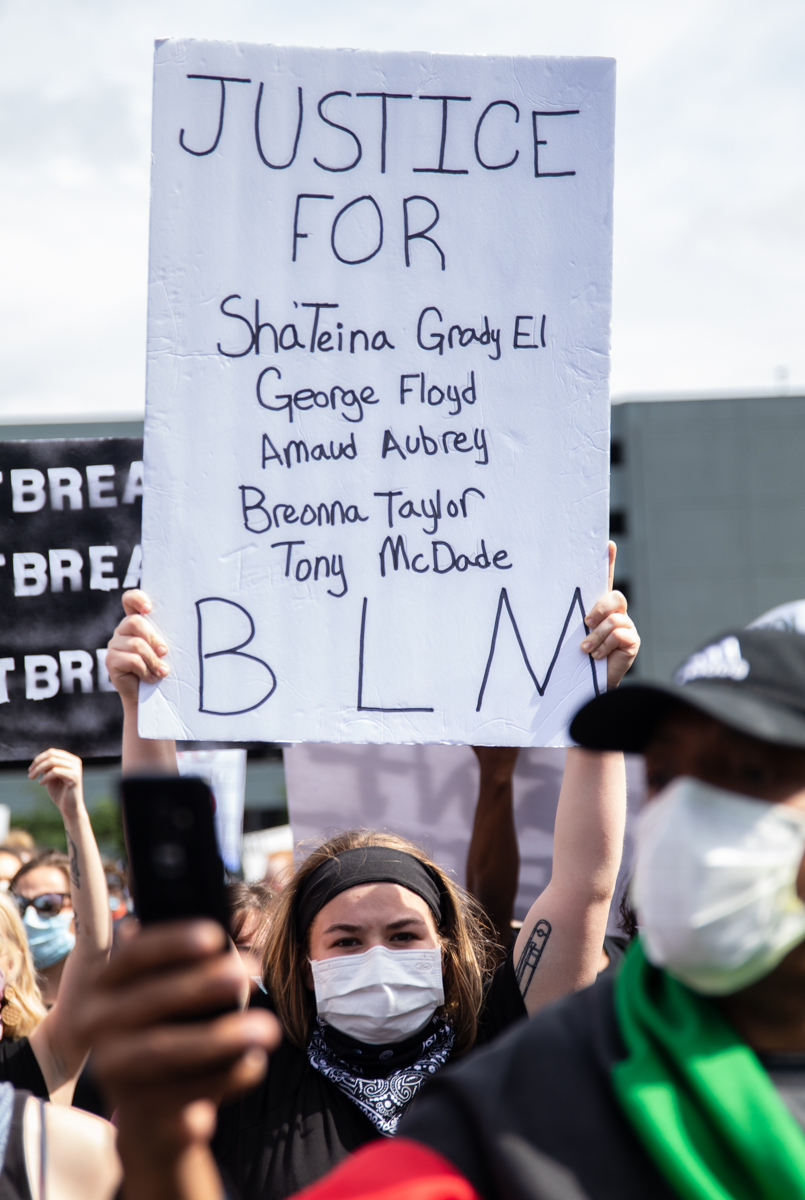 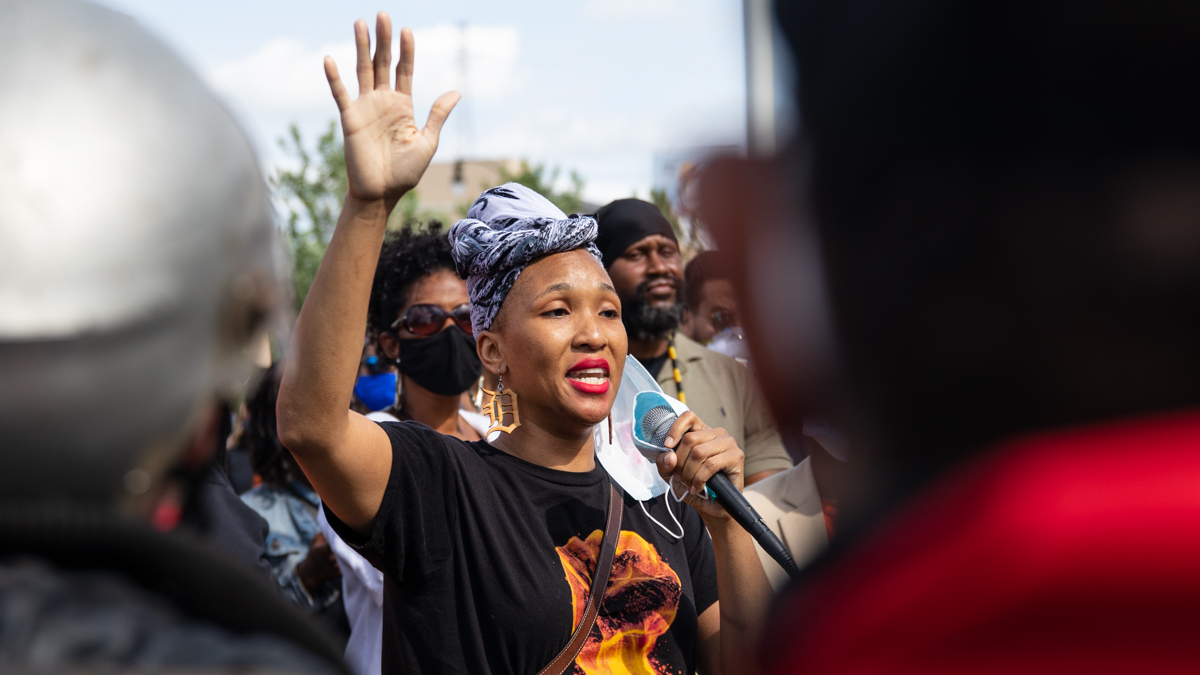