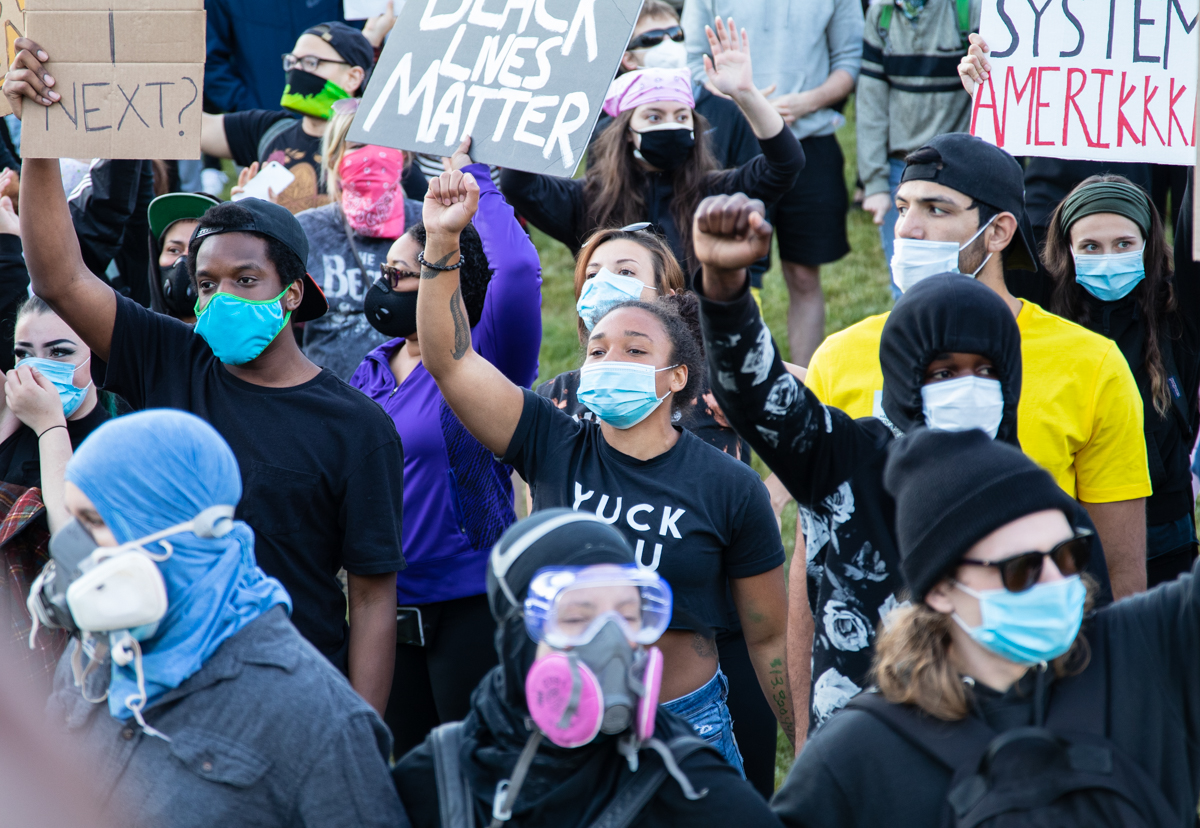 Detroit Police arrested more than 100 people -- mostly from Metro Detroit -- on the third night of racial justice protests over the weekend.

The arrests late Sunday and Monday morning came after a peaceful march earlier turned violent after the 8 p.m. curfew. Police said they responded with tear gas less than an hour after the curfew when protesters starting throwing projectiles at them.

Two of those arrested are from outside Michigan, Sgt. Nicole Kirkwood tells James David Dickson of The Detroit News.

Mayor Mike Duggan and Police Chief James Craig emphasized Sunday night that they agree with the message of the peaceful demonstrators galvanized by a Memorial Day death during a Minneapolis arrest.