Detroit Pistons' season officially done, NBA to restart without them 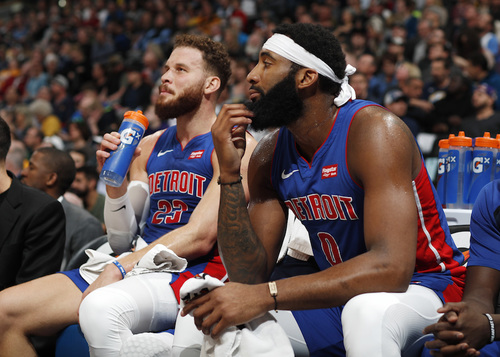 The team is among eight that did not make the cut as the NBA plans to resume play July 31. The Pistons were 20-46 when the league shut down in March.

The plan for the rest of the league involves holding games at the ESPN Wide World of Sports Complex in Orlando, Florida, according to Bleacher Report:

Teams will play eight regular-season games apiece before a possible play-in tournament for the eighth seed in each conference. The league will then hold its typical four-round playoff consisting of best-of-seven series.

The latest possible date for the NBA season's conclusion will be Oct. 12, which is when a hypothetical Game 7 of the NBA Finals is scheduled, per Wojnarowski.

Players will undergo uniform, daily testing while in Orlando. A positive test for an individual player would result in that person entering quarantine and receiving treatment. Games would still go on.