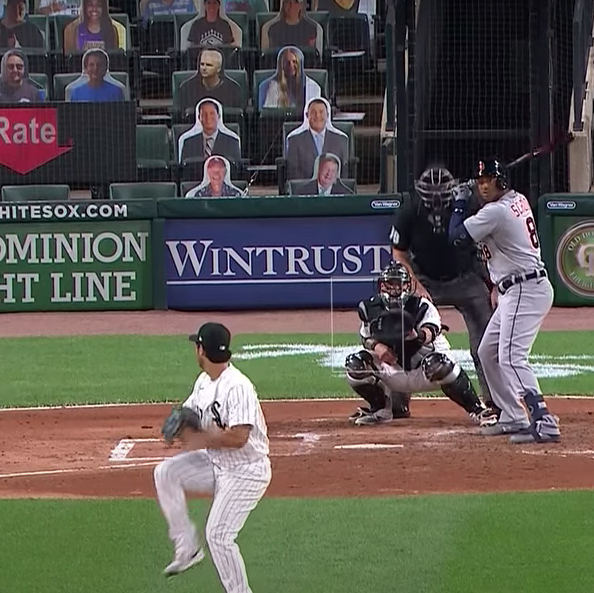 During Monday night’s telecast of the Tigers’ game against the White Sox, announcer Jack Morris criticized the life-sized photographs of folks in empty seats near the field in Chicago.

He was disappointed, the Hall-of-Fame pitcher told his audience on Fox Sports Detroit, because none of the cardboard cutouts stood up for the national anthem.

Morris’s quip – and screenshots of the faux fans – lessened the pain of another Detroit defeat and added a needed touch of levity to a grim, disorienting and truncated baseball season due to the Covid-19 pandemic.

But it also raised a legitimate local issue: Why are the Tigers in the vast minority of major-league teams who refuse to use these popular props?

Only eight of the 30 clubs are out-of-step with the 22 teams having fun with cardboard cutouts and, in some cases, raising funds for charities.

Many celebrities grace the box seats, on camera between many pitches. In Houston, the late President George H.W. Bush and his wife, Barbara, were seen.

In New York’s CitiField, you might spot Chipper Jones, the former Atlanta Brave who tormented Mets’ pitching during a long career. And in the grandstand at Oakland, there sat the actor Tom Hanks, who used to be a vendor at the Coliseum.

But in Comerica Park, all you see on TV is empty, green chairs.

Are the Tigers (a) against the idea; (b) considering the idea; or (c) about to announce they will join the crowd and display cardboard cutouts when they return to Comerica on Monday to play the Chicago Cubs?

“We are considering themed opportunities,” was the cryptic reply Tuesday night from Tigers spokesman Ron Colangelo.

Earlier, a spokesman for Major League Baseball said teams can be flexible and imaginative with few restrictions.

The clubs put the pictures on the cutouts and place them on the chairs after fans use the app “Ballpark” to send in the desired picture and pay a proper fee, which varies from town to town. 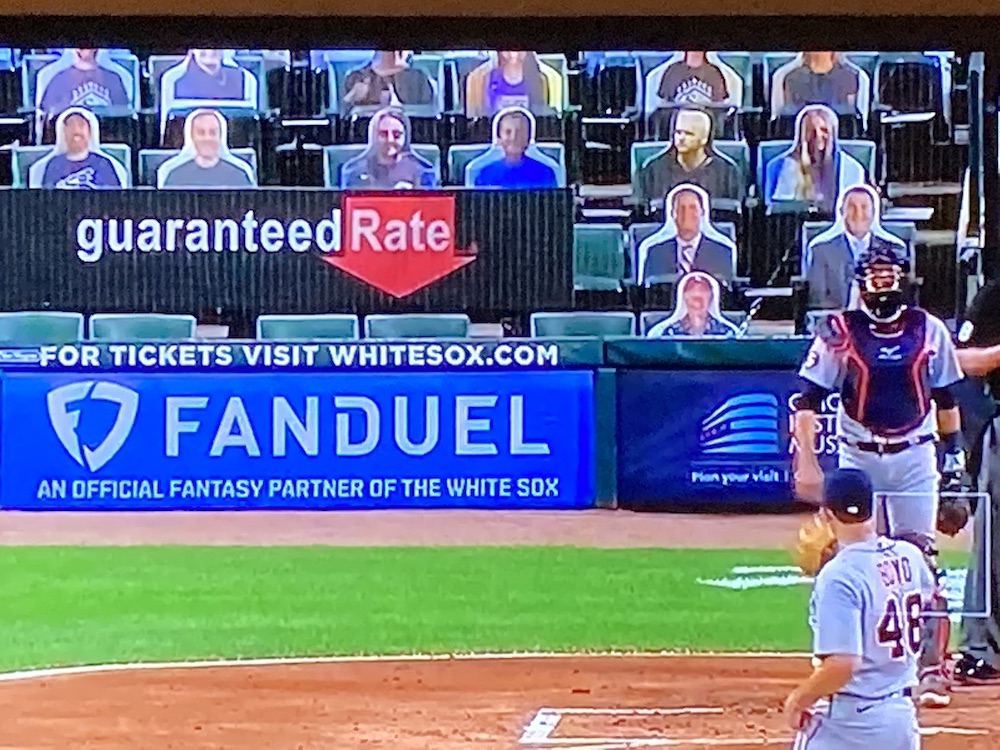 “Teams have their own guidelines,” the MLB spokesman said. “Some require fans to be wearing a team item like a cap or T-shirt.” He added that images “need to be appropriate for all audiences.”

So why don’t the Tigers find a good charity and then let their fans buy the rights to display themselves, their pets or cutouts of famous Motor City personalities for the TV cameras?

Surveying the variety of prices and ideas for cardboard cutouts around baseball was Patrick Pinak of FanBuzz, who reported that the New York Mets charge $86 (they won the World Series in 1986) and the money is donated to the team's charitable foundation.

The White Sox charge $49 and one guy bought 100 of them to show just himself. The Dodgers charge $149 to $299, depending on location. Like Dodger fans, the cutouts show up late and leave early.

The Reds charge $75, with money going to their Community Fund. The Texas Rangers also give money to a foundation and charge just $50. In Milwaukee, the Brewers also charge $50 and some cutouts are pets, including a monkey.

The Seattle Mariners charge a lowball price of $30 and -- should a ball hit your cutout -- the team mails you the ball.

Better than that happened in Los Angeles, according to Katherine Acquavella of MLB.com. A Dodgers’ fan named Austin Donley paid to see his own cardboard cutout on TV.

In a Hollywood ending, he did. Catcher Will Smith of L.A. hit a home run “and the ball cut right through the cutout,” decapitating the image bought and paid for by a guy watching on TV.