We're all room-rating voyeurs this year of home "studios" for Zoom, TV interviews and FaceTime. Screen snoops include sleuths at The New York Times Book Review, who've compiled three "celebrity bookshelf" features since spring as one of the pandemic's "few bright spots that existed for people who love books."

Gretchen Whitmer is one of eight newsmakers in the latest look at shelves behind interviewees, who also include Jemele Hill, Dr. Anthony Fauci, Chris Rock and Jeff Bezos. Blurbs for each comment on three titles they display.

"Given how much rare joy and strange insight our sleuthing provided [in April and July], we couldn’t let this momentous year end without another go," write two self-described "bookshelf detectives."

Here's what they spot in a "Good Morning America" remote interview from the Michigan governor's home in October. Descriptions are ours, with numbers keyed to the screenshot above: 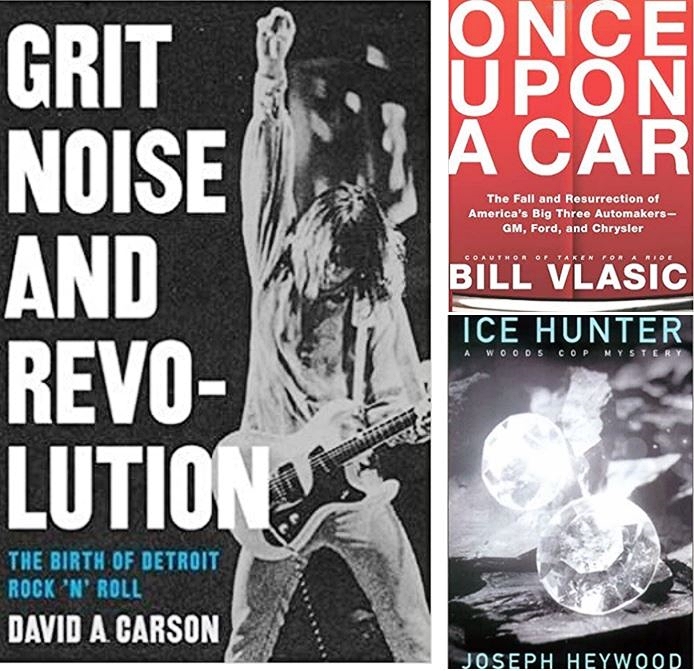 1) "Grit, Noise and Revolution," by David A. Carson: "Big Gretch" is a fan of '60s and '70s bar bands! We gain a whole new understanding of her leather jackets now. This 2005 book, subtitled "The Birth of Detroit Rock 'n' Roll," focuses on the MC5, Iggy and the Stooges, Mitch Ryder and the Detroit Wheels, SRC, the Bob Seger System, Grand Funk Railroad and Ted Nugent and the Amboy Dukes.

2) "Once Upon a Car," by Bill Vlasic: We bow in admiration again, and not just because the Birmingham business journalist-author is a friend who reported for The Detroit News and was The New York Times' local bureau chief for more than a decade. His 2011 hardback describes the rise, fall and rebirth of General Motors, Ford and Chrysler -- "a devastating account of auto industry arrogance, ignorance, and tragedy," one review says. The Financial Times says: "Vlasic offers what will probably become the definitive retelling of the crisis that nearly felled America's three carmaking icons.”

3) "Ice Hunter," by Joseph Heywood: This 2001 mystery is set in the U.P. and its protagonist is a Department of Natural Resources conservation officer, a 47-year-old divorced a Vietnam vet investigating arsons, mysterious helicopters, poaching and murder. Background context includes a pro-development governor, which shows what the current officeholder sees as escapist reading. 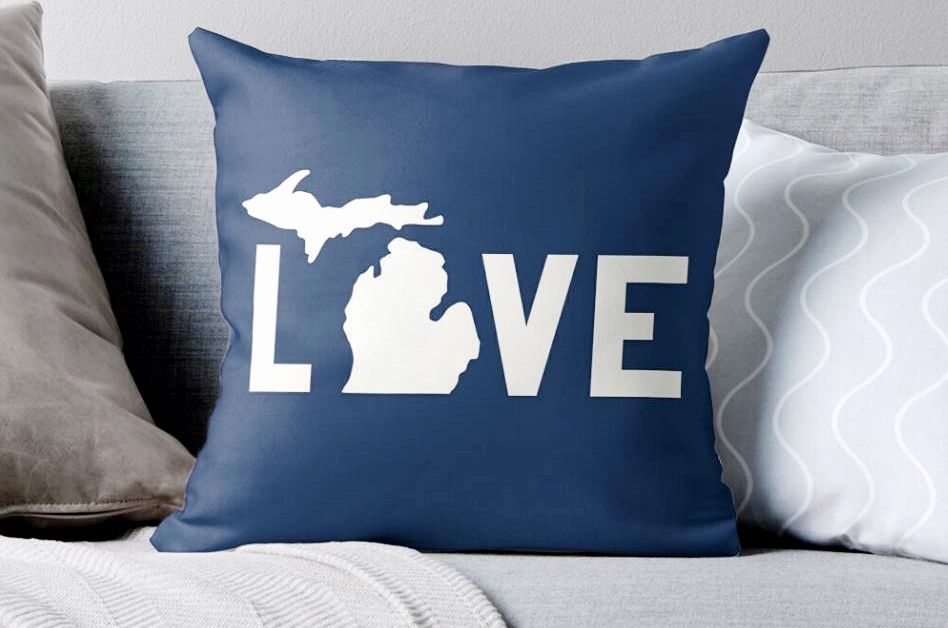 ► Bonus sighting: Her "Michigan Love" throw pillow is $28.48 plus shipping from Redbubble, or $21 for just the slipcover.